We can only wonder 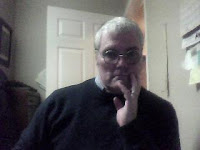 NBC television rejected a pro-Life ad to be aired during the Superbowl. Mark Pickup weighs in on the decision with his latest blog "We can only wonder". Read his comments at http://markpickup.blogspot.com
Posted by Mark Davis Pickup at 2:27 PM No comments:

Last month in London, England, a disabled man phoned for an ambulance because he was having a heart attack. Barry Baker, 59, then collapsed and lost consciousness.

The telephone fell to the floor too but the line remained open and the operator was still listening when paramedics arrived. They talked about whether Baker was worth saving and came to the conclusion he didn’t make the grade.

They did not resuscitate Baker and decided to tell their supervisors he was dead when they arrived. The operator listening on the telephone was horrified at what she heard and reported the incident to police. Emergency calls in London are recorded so the conversation of the paramedics was on tape. Police brought criminal charges against the paramedics.

Last August, a Scottish paramedic allegedly ignored the calls of a disabled woman who was having a suspected heart attack. Apparently he was on his tea break and a tasty sandwich took priority over the woman’s call for help. The woman died, the sandwich digested and the paramedic went on to “serve” the public the next day.

These cases are disturbing.

Please understand that I am not attacking paramedics. I have the highest regard for their profession. The vast majority of paramedics are wonderful, so excellent at serving people in medical need that when a bad apple shows up, the public is deeply offended that the trust they have for paramedics has been tarnished.

In my case, the culprit was not ambulance attendants or paramedics; it was an attending physician at a hospital.

One night a few years ago, I experienced a bizarre attack with my

multiple sclerosis that mimicked a stroke. This frightening episode occurred suddenly then ended a few hours later almost as quickly as it came. But those few hours were terrifying.

At the height of the attack, I appeared to be unconscious, but was fully aware of my surroundings. It was a strange experience. If nursing staff at the hospital asked me a question I could respond, but only with one or two word answers.

When the emergency physician came in the room he looked at the chart then threw it on the counter and barked, “This is MS! I can’t do anything for this man.”

He muttered a few more disparaging comments and finally the nurse warned him I could hear what was being said.

The doctor whispered a few things to the nurse (inaudible to me) then ordered some medication and tests, and left.

I wonder what else he would have said if the nurse had not spilled the beans?

Would things have been different with attitudes of health care

professionals if I or the other disabled patients I mentioned were able-bodied? I don’t know, but I do know that prejudice against people with disabilities is real. It extends throughout various aspects of society but is most glaring in medicine. When it comes to medical care, anti-disability prejudice can be deadly.

Word gets around and disabled people talk. We can become suspicious about whether we will be denied treatment or health care equal to that given to the rest of the population, if we are in a medical crisis.

What if we cannot speak up for ourselves at a critical moment of medical decision-making, and our loved ones are absent to advocate for our lives? Will anti-disability prejudice that is increasingly prevalent in health care delivery and bioethical circles, result in us being denied treatment or care?

It’s scary to be disabled in an era of post-Hippocratic medicine. A

Because of this new reality, I’ve become suspicious of secular hospitals. If I must be hospitalized, I want it to be in a Catholic hospital or nursing home where care is governed by Christian moral consensus that is in keeping with Catholic teaching.

The natural human dignity and respect of the sick, handicapped or the disabled is not only promoted but required in Catholic institutions.

In such matters, I have noticed an unmistakable difference between Catholic and secular hospitals. Are there ever occasions when Catholic hospitals have not behaved in a Catholic manner? Yes, but I trust they are rare.

As a general rule there is a Christian ethos or ethic that permeates Catholic hospitals and institutions. It is reflected in medical treatment and care that brings honour not shame to the Church and the name of Jesus Christ.

People with serious disabilities are safer in Catholic hospitals. Never let that change.

(This article also appeared in Canada's Western Catholic Reporter newspaper for the week of 26 January 2009, under the title "Medical Staff Pronounced Death Sentences on the Disabled" (http://www.wcr.ab.ca/columns/markpickup/2009/markpickup012609.shtml))
Posted by Mark Davis Pickup at 11:21 AM No comments:

Email ThisBlogThis!Share to TwitterShare to FacebookShare to Pinterest
Labels: Disability and healthcare

I noticed that CNN's AC 360 program was trying to link Barack Obama with the great man. It's a bit too early for that, other than Obama is also Black. But that is exactly what King's dream did not want!

Martin Luther King dreamed his children "will one day live in a nation where they will not be judged by the color of their skin but by the content of their character." (See King's I Have A Dream speech at http://www.usconstitution.net/dream.html).

We do not yet know the content of Barack Obama's chara

ontrast this with Martin Luther King's neice Dr. Alveda King's civil rights work that includes the pro-Life cause (See her bio at http://www.priestsforlife.org/staff/alvedaking.htm)

Obama-mania is a poor lens by which to judge the content of the man's character. He's off to a poor start if the likes of CNN's Anderson Cooper is going to try and link him with the noble King legacy.

Read Mark Pickup's blog for 13 January 2009, "The gentle art of nurturing children" at http://markpickup.blogspot.com
Posted by Mark Davis Pickup at 4:37 PM No comments:

Read Mark Pickup's latest blog "Correct the disaster of accommodating the spirit of the age" at http://markpickup.blogspot.com
Posted by Mark Davis Pickup at 9:14 PM No comments:

"We hold these truths to be self-evident, that all men are created equal, that they are endowed by their Creator with certain unalienable Rights, that among these are Life, Liberty and the pursuit of Happiness." -- The American Declaration of Independence (1776)

I think America has made a grave mistake electing Barack Obama as President. His commitment to the slaughter of innocents under the misguided and corrupt perception of women’s right to choose abortion for their unwanted children could arouse God’s judgement on the nation. Over 40-million children have been aborted ― with full sanction of the state ― since the infamous Supreme Court Roe v Wade decision of 1973.

Under the next administration, filled with abortion ideologues, it will truly be an Obama-nation where the brutality will not only continue but increase.

Make no mistake: God will not be mocked. America’s abortion holocaust is a stench to the Almighty. The blood of millions of unborn children cries out from the ground, reaching heaven to indict America. God loves America but the killing cannot continue without provoking His wrath.

y country when I reflect that God is just."

I have such love for the vision upon which America was founded, but I tremble too. The first Right mentioned in the Declaration of Independence is the "Right to Life." The Right to Life is the highest human right. It is the basis upon which of all other human rights are built. If the Right to Life is not guaranteed then all other human rights become arbitrary and uncertain. The second Right mentioned in the Declaration of Independence is "Liberty." Where is the liberty in abortion? Licence is vastly different from liberty; the abuse of freedom is not freedom. The third Right identified in the Declaration is the Right to the pursuit of happiness, not the right to happiness. The pursuit of happiness must never be sought on the backs of other human life. That is neither legitimate happiness or liberty ― it is the cruel tyranny of unbridled selfishness.

All these are "self-evident truths" that Barack Obama and his pro-abortion advisers, Cabinet and entourage deny. And the American people elected him! They knew this about Obama(or should have known this) and still, they put him into the White House.

Months before the 2008 election, Barack O

bama told a Planned Parenthood convention that the first thing he would do as President would be to sign into law a Freedom of Choice Act. He did not have the honesty to define the choice.

We know what the choosing is about. It is the so-called freedom to choice to kill one’s own unborn child. It is nothing less than the choice between life and death. The choice sides with those who possess power over those who are powerless. The blood of millions upon millions of unborn children cry out to the Almighty. God may be patient but He has his limits.

There are abortion clinics in cities across America to end the

lives of unborn children. Why not clinics across the nation to assist the suicides of terminally or chronically ill people? Under the liberal ideal where autonomy and “choosing” reigns supreme, the extension is so easy to make. And if the Freedom of Choice Act is extended to the terminally/chronically ill and disabled ... then why not the mentally ill or severely depressed? Oh yes, the depressed person could say “My emotional pain is as intolerable as physical pain.” And are you or I to say it is not?!

Do you see the predicament America is in? Things have gone too far. Abortion must stop and the drift toward acceptance of euthanasia must be stopped. America faces a very real risk of God’s judgement! I believe that the next few years will prove to be pivotal for nothing less than America’s heart and soul.

If the heart and soul America’s founders envisioned dies a different America will emerge into the 21st Century. It will be different. You may not like the Obama-nation.

Love is the only thing that matters

Read Mark Pickup's latest blog "Love is the only thing that matters" at http://markpickup.blogspot.com
Posted by Mark Davis Pickup at 10:42 AM No comments: