Dianne N. Irving, M.A., Ph.D.
Copyright October 2, 2011
Reproduced with Permission
With "personhood" bills and amendments exploding around the world in warp speed, perhaps it is time to step back and carefully examine in general some of the "language" being used in many of them.Although probably designed with all good intentions and genuine concerns, what many people don't realize is that, in dealing with legal "language", the courts are usually required to interpret the "language" in any such bill or regulation that becomes law as "exclusionary". That is, if a law formally defines all bears as "brown", then that law would not apply to any bears that happen to be "black" or "white". Similarly, the use of sloppy, sentimental, "popular", or scientifically erroneous definitions in a bill would accomplish little of what most supporters imagined, but instead would constitute "legal loopholes" that would allow much of which they had thought had been prohibited by the passing of the law or regulation.

And it is not enough to pass a new law or regulation; it is just as important to check out any already existing laws and regulations that use erroneous "language" in their formal definitions that would render the newly passed laws as void when challenged. This includes already existing laws that bear on both the beginning and the end of life issues. Additionally, every term within a legal definition must also be accurately defined in any new law or regulation.

The issue is also not just about legal "language". Once such language becomes popular, or used in conferences, articles, books, sermons, etc., then the average person is essentially being mis-informed about such important life and death decisions that they might become involved in themselves. Such mis-information would then preclude them from forming a "correct conscience", which in turn would constitute a false "starting point" for their own personal ethical decision making and choices.

Examples of "loophole language" in many current "personhood" initiatives includes the following terms and phrases: "fertilization", "conception", "in the womb", "prenatal", "abortion", "cloning", "stages", "pre-embryo", "functions", "species", "zygote", etc. The list is really endless, being constantly expanded and imaginatively recreated as needed. Such efforts have been going on for decades now for sure. But to help advance the current level of awareness and understanding about this global rush of "personhood" initiatives, allow me to briefly explain examples of "language" currently being used that would constitute legal loopholes if such initiatives were to be passed into laws or regulations (see suggested careful "language" below, as well as a short list of articles with extensive scientific references for documentation).

Some proponents of genetic engineering, for example, are arguing that a new human being begins to exist at the end of the process of fertilization, with the formation of the "zygote" - as some textbooks simplified for students unfortunately claim. But that would "justify" the use of the human embryo already existing before the formation of the zygote in destructive and reproductive research. However, according to the Carnegie Stages of Early Human Embryonic Development, a new sexually reproduced human being begins to exist as the "primitive embryo" at the beginning of the process of fertilization, with first contact and penetration of the sperm and oocyte [see Stage 1 of the Carnegie Stages at:
http://nmhm.washingtondc.museum/collections/hdac/stage1.pdf]. As that new human embryo begins to develop, he/she forms an "ootid", and then only after that does the human embryo form a "zygote".
It is also not just the "46" chromosomes and genes that define a human organism, but all the constituents within the cells of the organism - including the single-cell human organism. In fact, some human beings have more or less than "46" chromosomes but they are still human beings who should be equally protected by law. And there are some non-human animals that also have "46" chromosomes in individuals of their species! Further, in many human beings their individual genetic constitution can change or be altered due to inherent errors in crossing-over, or external insults such as radiation or disease.

Note that the Carnegie Stages were instituted in 1942, based on international scientific research since at least the 1880's (Wilhelm His et al)and updated every 2-4 years since then by the international nomenclature on human embryology, consisting of about 20-25 human embryologists from around the world (see more references below). You can't get more objective than that. But beware of false "Carnegie Stages" making the rounds, as well as other related efforts to define "stages" in false scientific terms.

It might also be prudent to note that although the term "conception" might have special religious meaning for many, the religious use of the term is in fact often erroneously understood. For example, the doctrine of the Immaculate Conception" does not refer to how the Blessed Virgin Mary was biologically reproduced - whether either sexually or asexually. Rather, it refers to the doctrine that Mary's immaterial soul was created by God without the stain of original sin. That is, Mary's soul was "immaculate", without sin. In fact, if you think about it, "fertilization" was never involved in Mary's case at all.

7. As those who have been following these and related issues are becoming aware, the erroneous "scientific" definitions used as legal loopholes in legislation and regulations concerning the beginning of life issues can also be transferred to issues at the end of life - and have been. This phenomenon appears to be increasing. Thus, the "right to privacy" has been used to try to justify euthanasia and physician assisted suicide. Or, if one is not legally a "person" at the beginning of life (because one is asexually reproduced, one was a "pre-embryo", etc.), then one is likewise not a "person" at the end of life - and therefore euthanasia, physician-assisted suicide, organ transplantation, etc., are still "legal" for those unfortunate human beings. In reverse, if one is not a "person" at the end of life because one is "brain dead" (and therefore euthanasia, etc. are legal), then it has been argued that the early developing human embryo is not a "person" until the brain is formed - and thus before that time they can be aborted, killed, used in research, etc.
8. Consequently, many prolife organizations have recognized the importance of using very careful and scientifically accurate "language" in any legal documents and regulations to protect all (not just some) innocent living human beings, and consider the following "language" at least a good effort in order to prevent any legal loopholes. This language would hopefully legally protect all innocent living human beings, both sexually and asexually reproduced, both in vivo and in vitro, at the beginning, middle and end of their lives (at least, until new "legal loopholes" go unnoticed):

Definitions of "Biological Beginning" in Human Sexual and Asexual Reproduction

Definitions of Other Terms Used Within The Major Definition:

In vivo: within the body (including the fallopian tube and the uterus).
In vitro: outside the body, e.g., in IVF/ART and other research laboratories and infertility clinics.
Human Being: any human organism, including the single-cell human embryo, who possesses a genome specific for and consistent with an individual member of the human species, regardless of age, race, sex, gender, capacity to function, condition of physical or mental dependency and/or disability, or method of sexual or asexual reproduction used, whether existing in vivo or in vitro.
Human Genome: the total amount of nuclear and extra-nuclear DNA genetic material in a cell that constitutes an organism as an individual member of the human species - including the single-cell human embryo.
Human embryo: all human beings during the first 8 weeks of their biological development, including single-cell human embryos from the beginning of their biological development.
Human fetus: all human beings from the beginning of the fetal period of their biological development (the beginning of 9 weeks) through birth.
Suggested Irving Articles Documenting The Science And "Personhood":

· -- "Scientific and philosophical expertise: An evaluation of the arguments on 'personhood'", Linacre Quarterly February 1993, 60:1:18-46, at: http://www.lifeissues.net/writers/irv/irv_04person1.html

· -- Irving, "The Carnegie Stages of Early Human Embryonic Development: Chart of all 23 Stages, and Detailed Descriptions of Carnegie Stages 1 - 6" (April 22, 2006), at: http://www.lifeissues.net/writers/irv/irv_123carnegiestages1.html

· -- Irving, "So You Think That 'Reproductive Cloning' Isn't Done Yet? Guess Again" (July 18, 2008), at: http://www.lifeissues.net/writers/irv/irv_130reproductivecloning.html

· -- Irving, "Analysis of Legislative and Regulatory Chaos in the U.S.: Asexual Human Reproduction and Genetic Engineering" (Oct. 20, 2004), at: http://www.lifeissues.net/writers/irv/irv_81chaosasexgen1.html

Email ThisBlogThis!Share to TwitterShare to FacebookShare to Pinterest
Labels: Personhood

"... At last I will see clearly and will understand the Why of suffering." -- taken from my blog posting called I WILL KNOW JUST AS I AM KNOWN. Read the rest at http://markpickup.org

Mark Pickup
Posted by Mark Davis Pickup at 10:51 AM No comments: 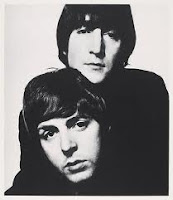 "It is important to let people close to us know that we love them. So often things go unsaid. ... A sad example of this was the rift between John Lennon and Paul McCartney." -- Taken from Mark Pickup's personal blog post entitled KEEP SHORT ACCOUNTS WITH GOD AND PEOPLE. Read the rest at http://markpickup.org
Posted by Mark Davis Pickup at 8:02 AM No comments: