Have you ever wondered why God put His precious gift of life in such frail packaging? If life is so precious and sacred—as the Scriptures proclaim—then why did God place it in bodies of flesh and bone? Skin and flesh tear and bleed; bones and hearts break.

Why didn't God encase His precious gift of life in bodies as tough as granite and the human psyche safely guarded as though behind some mighty fortress? Such thoughts occasionally rise within me from a desire to protect loved-ones from life's pains and sorrows.

After all, there would be no need to wipe away tears if none are shed. But then, consider that humans encased in bodies like granite, and hearts like stone, would be of no use to God or man. Granite is impenetrable. Hearts of stone would never ache, break or melt. 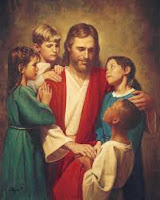 After more than 36 years of chronic illness (multiple sclerosis) I have come to the conclusion that our time on earth is for spiritual growth, not mere survival.  The Scriptures tell us that God is love (1John 4.8). A God of love must have something to give his love to and humanity is the object of his love. We know this because, as far as we can tell, humanity is the only thing in creation to bear the indelible image of God (Genesis 1.26-27). A God of love must surely want to be loved in return. A central part of genuine love is that it is given freely to the loved.

Love is a choice
Real love is a choice, an act of the will. That is what makes love such a high risk proposition. As soon as there are choices, there's a risk of the loved making the wrong choice. The risks of love are horribly high for both God and humanity. But the prospect of living in a loveless world is unthinkable!

When God created human free will, He knew his love might not be returned. People may choose to love the world rather than the Creator of it. When our Lord said, "For where your treasure is, there also will be your heart" He was challenging human priorities and loyalties (Matthew 6.21). Christ was laying out a stark choice for humanity: Either love God and the permanent things of heaven (yet unseen) or the temporary things of earth. Our first love and priority can be to seek "treasures on earth" (to use Christ's words) or "treasures in heaven."  Jesus spoke of them as two mutually exclusive masters of the heart. "No-one can serve two masters. Either he will hate one and love the other, or be devoted to one and despise the other. You can not serve God and mammon." (verse 24.)

Mammon is an Aramaic word meaning wealth or property. But it can also symbolize anything temporal and fleeting such as youth, beauty, health or social status.

To choose anything over God is to rebuff his love. Love spurned is a terrible thing. To love without reciprocation is bitter. Divine overtures rejected, despised or mocked must be unbearably painful to the heart of God.  I suppose He could have made us without the capacity to decide and programmed us like robots to drone his praises. But that would hardly be love returned, it would hardly be a love worth having.

Jesus said He would rather have people who are hot or cold toward Him, not lukewarm (Revelation 3.14-16). A heart animated with love or hate is still human; a heart dead with indifference may as well be made of granite. Indifference to the love of God is worse than cursing him!

Love is vulnerable
God made himself vulnerable for the sake of loving and being loved. Why should we expect anything else? To love is to be vulnerable. It goes both ways. Hearts of stone and souls in fortresses would not be protected from risks and buffeting of life, they would be prevented from truly living! Is that what I should want for my loved-ones in order to save them from pain or sorrow?

I wrote earlier that I have come to the conclusion that the purpose of our time on earth is spiritual growth, not mere survival. This is what I meant: We only have a short time to learn and grow in reciprocal love (both human and divine). God's model for love encourages interdependence not independence.  We were designed to live in communities not fortresses. At the very beginning of creation, the Creator said, "It is not good for man to live alone." (Genesis 2.18).

Despite the present violence we see each night on television, I still believe that God's divine love will prevail. That's the treasure in heaven about which Jesus spoke.

MDP
Posted by Mark Davis Pickup at 6:14 PM No comments:

I am posting the following text in its entirety from an email I received this morning. It is critically important for all who love the universal Mother Catholic Church. — MDP

Posted by Mark Davis Pickup at 9:18 AM No comments:

One of America's top bioethical experts, Wesley J. Smith of recently gave an interview to EWTN's program Pro-Life Weekly. It is an important five minute interview about the creeping casualness of assisted suicide. Everyone of good will should watch this informative and shocking interview.  Click here.
Posted by Mark Davis Pickup at 9:41 AM No comments:

WHAT'S IN A NAME? 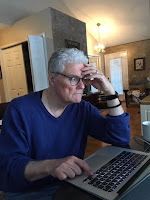 I presume that soon someone will take offence that I have a blog with the name HumanLifeMatters. They may think (wrongly) that my blog somehow mocks or belittles Black Lives Matter. It does not. I began HumanLifeMatters in 2001 to express my belief in the sanctity and dignity of all human life from conception to natural death—and every state and stage between those two points. The blog was started in 2007. Black Lives Matters was started in 2013.

Of course black lives matter! ALL human lives matter. I've dedicated my life to espousing the sanctity and worth of every human being. That's why I have the blog and apparently others feel the same way too. As of this date, The HumanLifeMatters blog has 867,000+ page-views from all across North America. But someone may get offended by the blog's name and call me a racist.

I will keep writing on the HumanLifeMatters blog until silenced by Google, some other entity or an individual who takes offence and complains. Is the blog conservative? Yes. I'm a conservative. Is it Christian? Absolutely! I am a Christian. These are things the anti-Christian radical left despise. And they shut down all voices but their own.
Mark
(I'm actually surprised the HumanLifeMatters blog hasn't been shut down earlier.)
Posted by Mark Davis Pickup at 8:51 AM No comments:

Today's HumanLifeMatters post is a link to an important interview Michael Voris of Church Militant had with Steve Bannon at the end of May. They touch upon a number of topics such as the Marxist left having infiltrated the Catholic Church up to and including the Vatican, the Chinese Communist Party, the 2020 Presidential election, and the future of America at this critical juncture in history. I recommend readers of the HumanLifeMatters blog dedicate 33 minutes to watch this important interview (and forward this post to your contact) lists. Click https://www.youtube.com/watch?v=T6msMNt57oI

MDP
Posted by Mark Davis Pickup at 11:38 AM No comments:

AMERICA: A NATION OF LAWS AND ORDER

Law and order. Three words that define a civil and civilized society. A nation must respect and live by its laws or it quickly descends into vigilantism, settling old (or new) scores and injustices (be they real or perceived) through violence & mayhem. When law and order are no longer respected, society soon collapses into anarchy. The killing of George Floyd calls out for justice. But justice is not achieved through violence in the streets, looting, pillaging, riots. It only creates new injustices meted out by frenzied mob rule, and indicate a nation disintegrating.

The flames of rightful indignation over the killing of George Floyd are being fanned by groups like Antifa and the far-left. Many police sources assert that anarchists are travelling across states to keep the violence and riots going. This must not be tolerated and President Trump must ensure law and order is restored in cities across America. Unthinkable things are happening. When far-left rioters and the likes of Antifa set a home ablaze with a child inside then try to stop firefighters from rescuing that child, things have gone way too far.  The violence and riots MUST stop or be stopped with whatever force is necessary.

There are inequalities and prejudices within American society, as there are within every nation. They are corrected with dialogue that seeks understanding and agreement within a growing and maturing moral ethos. It moves ever closer to a fuller appreciation of those towering truths found within America’s blazing foundational Declaration.

“We hold these truths to be self-evident, that all men are created equal, that they are endowed by their Creator with certain unalienable Rights, that among these are Life, Liberty and the pursuit of Happiness.”

It is a living document. Its truths continue to unfold with human understanding and progress. Let me ask some questions: Does America still believe there are certain truths that are self-evident and that there are unalienable rights? Are all people still created equal by their Creator (God)?

Lay down the torches and rocks! Turn clenched fists into open hands. Replace shouting and vitriol with thoughtful discussion that seeks something akin to a consensus of how America moves toward a new embrace of racial equality.  Let people of good will, from across the political spectrum and differing social perspectives, set their resentments aside and sit together and work peacefully to set things right that are wrong and strengthen that which is right about American society.

I am not an American but I love America. You have reached unparalleled heights of achievement and human freedoms—never before achieved in history! Please believe that (with God’s help) a collective change in the nation’s heart and ethos is possible. Move toward racial equality that transcends political affiliation, special agendas, or creeds.

Support the President’s efforts to bring back order and safety to America’s streets, then begin non-violent, cooperative discussions that seek to resolve what is hurting the nation’s conscience. This has nothing to do with Republican versus Democrat or the November election. It has everything to do with the soul of a nation. God bless America.
Posted by Mark Davis Pickup at 8:05 PM No comments: