Unfortunately, the HumanLifeMatters blog has a glitch that does not allow comments to be displayed. That's too bad because I get comments like this from somebody identifying herself as Roxanne May: "Pardon me, but do you have a uterus? No? Then this is none of your damned business. Keep your misogyny off my body." She was referring the the previous post entitled "SAFE LEGAL ABORTIONS ARE A MYTH: THEY MAY BE LEGAL BUT THEY ARE NOT SAFE". I invite you to read it immediately below this posting. 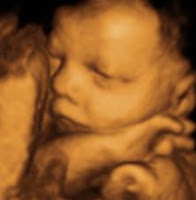 According to Roxanne, having a uterus is only criteria qualifying somebody to comment on the unsanitary and unsafe conditions of abortion clinics. Her rage blinds her reason. Needlessly putting women's lives at risk is every one's business; child abuse is every one's business (and abortion is the worst kind of child abuse). Speaking out against practises that endanger or kill people is part of every citizen's concern who values interdependent community and the greater human family.

Roxanne is parroting an old and tired abortion slogan dating back to the early 1970s. (Catchy slogans can stifle rational debate for years.) Unfortunately for  Roxanne, her argument about a uterus being the only credential to speak about abortion does not hold up against reason or rationality.  It does not work anymore.

Roxanne says "Keep your misogyny off my body." How does she know I hate women? I have never met her. Was it a hatred of women for me to expose an example of the putrid health conditions of an abortion clinic or refer readers to the Blackmun Wall which has a very long list of women who died as a result of so-called "safe legal abortions"? Au contraire! As a husband, father of a daughter and grandfather of three girls, I am deeply concerned about the welfare of women and children.

Apparently Roxanne did not read the last line of the blog posting below which said, "Society must emerge into a sunlit age where women in crisis pregnancies and their babies are accepted and valued within the larger embrace of a nurturing community."
Day by day, the pro-choice ideology is getting harder to espouse. We know so much about prenatal life. Women scarred by abortion are becoming more vocal against it. The moral poverty of the abortion industry is coming to light with increasing regularity. The injustice of the status quo can not be maintained, unless truth is to be mocked. I will not be quiet as long as the killing of my fellow human beings continues with impunity. Everyone has the right to live. Everyone has the right to good medical care; Everyone has a right to be born and breath the fresh air, to feel the warmth of the sun on their shoulders and reach their full potential.
Abortion is as much of a blight on society as slavery. Abortion and slavery are based on the selfish desires of the powerful gained at the expense of the powerless. Do not confuse selfishness with freedom or liberty.
No Roxanne, I will not be silenced about injustice because of my anatomy any more than I will be silenced about injustice by my disability. I will not be silenced until abortion is but a bitter and shameful memory. I will not be silenced by the likes of Roxanne May or the sting of pro-choice vitriol.
Mark Davis Pickup
(Please read the blog posting below)

Posted by Mark Davis Pickup at 10:49 PM No comments:

SAFE LEGAL ABORTIONS ARE A MYTH: THEY MAY BE LEGAL BUT THEY ARE NOT SAFE

Do you remember how abortion advocates promoted legal abortion by saying they wanted to stop "back alley" abortions with all the filthy conditions and suffering? Legalizing abortion was supposed to stop dirty, unsafe back alley abortions. Not true. 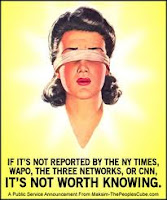 We know that women are still dying by legal abortions. See http://lifedynamics.com/pro-life_group/pro-choice_women/ for a partial list of women who have died from the legacy of legal abortion. Don't expect the CNN or other liberal media to report that ugly reality.

As far a sanitary facilities see the link below for an example courtesy of our friends at Stephenson Country Right to Life in Illinois. http://prolifecorner.com/node/1076

The New Dark Age of legalized abortion acceptance must end. Society must emerge into a sunlit age where women in crisis pregnancies and their babies are accepted and valued within the larger embrace of a nurturing community.

HLM
Posted by Mark Davis Pickup at 12:08 PM No comments:

FACING OUR OWN CRIMES AGAINST HUMANITY--A HOLOCAUST OF UNPRECEDENTED PROPORTIONS.

An estimated 45-million people died of starvation in Mao Tse-Tung's "Great Leap Forward". At one point Chairman Mao justified this by saying, "It is better to let half of the people die so that the other half can eat their fill." 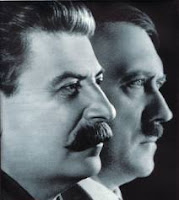 At the end of the Second World War, the local population of Weimar near Buchenwald concentration camp were forced by American soldiers to see the atrocities that occurred there. They had to look at the bodies of people who were systematically killed while they went about their daily lives nearby and did not lift a hand to stop it or speak out against the killing. They had to see the horror and evil they tolerated. See http://www.scrapbookpages.com/buchenwald/exhibits.html

Were the citizens of Weimar, and other locations, so different from North American populations? 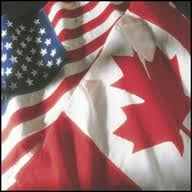 In North America, over 50 million preborn children have lost their lives by abortion since 1969 in Canada and 1973 in America. So how does North America compare in the denial of life? Aborting of unwanted children goes on daily across North America. It is truly a holocaust of unprecedented proportions.  Unborn children are routinely sacrificed on the altar of so-called sexual freedom of their parents. The killing just keeps mounting day in and day out, month after month, year after year.

Our holocaust is abortion. Abortion clinics across North America systematically kill thousands upon thousands of unborn children each day while local citizens happily go about their lives and business, apparently oblivious to the horrors going on nearby in their local abortuaries. Abortion is a crime against humanity too -- a holocaust of unprecedented proportions.

It is hypocritical for Canada and America to point out atrocities, human rights violations or condemn the genocides committed by others when our hands drip with the blood of our own children.

Perhaps our local populations need to see an example of what goes on at these killing centers. (I'm certain there will be howls of protest just like citizens of Weimar protested.) So be it. See
http://abortioninstruments.com/
Video of abortions WARNING! EXTREMELY GRAPHIC AND DISTURBING VIDEO. SHOWS ACTUAL KILLING OF NUMEROUS UNBORN CHILDREN. (The video starts with a 5 second countdown which allows a final chance to exist before the shocking footage begins.)
Posted by Mark Davis Pickup at 12:13 PM No comments: