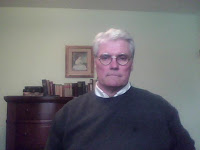 Apple iPad and Pampers have combined to produce the most beautiful life-affirming commercial. See http://www.youtube.com/watch?v=ulV5LDwdn8Y&feature=player_embedded

Lovingly produced for expectant parents, it shows prenatal development in its proper context: The youngest members of the Human Family. Unfortunately I fear that when abortion advocates see it they will become enraged and lobby these companies to drop the advertisement. In order for the so-called pro-Choice position to prevail, they must keep the culture ignorant about what the choice is really about. It's losing position.

With the advent of 3&4D ultrasound that vividly shows photograph-like images of the unborn child, and the proliferation of new communications, the "Pro-Choice movement" has been reduced to worn out slogans, shouting down all opposition and character assassination. Science and logic are on the pro-Life side.

I still believe that if people are give real information about prenatal life, they will turn away from abortion to solve a social problem. A great and terrible day will come in the not so distant future when North American culture will awaken to what we have done to more than 40-million preborn children.

National consciences will be pierced by the blood of those children. Those people whose consciences have not been completely seared will ask "What have we done!" -- and the abortion ideologues will scurry for dark places to hide.

I believe our culture will turn to people who have stood up for the sanctity, dignity and equality of all human life in search for a way back. Individual and national repentance can still lead to a revival of the ancient western moral code, and the previous Christian civilization we have largely rejected.

Perhaps we are not yet beyond the Almighty's forgiveness.

MP
Posted by Mark Davis Pickup at 8:40 AM No comments: