In the wake of the 28 June 2012 U.S. Supreme Court decision upholding Obamacare, I received a note from Rick Santorum at PatriotVoices. It said, in part:


"Today's Supreme Court ruling on ObamaCare is the worst of all outcomes. Not only are our rights being taken away and Americans are being forced to do something we don't want to do, but now we are being burdened with the biggest permanent tax increase in our nation's history."
This high court decision must not go unchallenged by the American people. It must be resisted and overturned. There are thousands of American readers of this blog. I urge you to support PatriotVoices (see http://patriotvoices.com/) and get involved and support your local affiliate of the National Right to Life Committee (for your state and local affiliate see http://www.nrlc.org/states/index.html)
The National Right to Life Committee in Washington, DC sent out the following press release:

National Right to Life: Supreme Court Decision Means Americans Must Elect Mitt Romney and a Pro-Life Congress Committed to Repealing ObamaCare
WASHINGTON – “All voters who care about the value and dignity of human life must do everything they can to elect Mitt Romney and a Congress who are committed to repeal of ObamaCare,” said National Right to Life President Carol Tobias. “If President Obama wins re-election, it will mean massive abortion subsidies and it will put the lives of millions at risk through systematic government-imposed rationing of lifesaving medical care.”
Today’s U.S. Supreme Court ruling upholding most of the ObamaCare law is a call-to action for the right-to-life electorate to work to elect a Congress and president this November committed to repealing ObamaCare in 2013, in order to prevent a future in
which abortion insurance will be heavily subsidized by federal taxpayers and federal bureaucrats will be authorized to ration life-saving medical treatment. That is the assessment of the National Right to Life Committee (NRLC), the federation of state right-to-life organizations, after analysis of today’s ruling in National Federation of Independent Business v. Sebelius.
Under the enacted law, federal tax-based subsidies will begin in 2014 to subsidize millions of private insurance plans that will cover abortion-on-demand, including some plans (“multi-state plans”) that will be administered by the federal government. Under
another provision of the law, the federal government could even order many plans that do not receive federal subsidies to cover abortion as a “preventive” service. The law also created an array of other mechanisms and funding pipelines by which access to and
subsidies for abortion can be expanded if President Obama wins a second term.
Moreover, few Americans realize that under ObamaCare, private citizens’ right to spend their own money to save the lives of their own families will be subject to drastic restriction.
Unless repealed, ObamaCare will give federal bureaucrats the power to impose so-called “quality” measures on all health care providers, under which treatment that a doctor and patient deem needed to save that patient’s life or preserve the patient’s
health but which runs afoul of the imposed standards will be denied, even if the patient is willing and able to pay for it. In 2015 and thereafter, an 18-member “Independent Payment Advisory Board” is directed to inform the federal Department of Health and
Human Services how to use those imposed standards to limit what private citizens are permitted to spend on their own families’ health care to below the rate of medical
inflation.
These and other provisions of the law that will authorize rationing are documented athttp://www.nrlc.org/HealthCareRationing/index.html.
National Right to Life strongly opposed enactment of the ObamaCare law because of its abortion and rationing components.
Founded in 1968, the National Right to Life Committee (NRLC), the federation of 50 state right-to-life affiliates and more than 3,000 local chapters, is the nation's oldest and largest grassroots pro-life organization. Recognized as the flagship of the pro-life
movement, NRLC works through legislation and education to protect innocent human life from abortion, infanticide, assisted suicide and euthanasia.
###
It's time for citizen action! Get involved. Make Barack Obama a one term President.
Mark Davis Pickup
Posted by Mark Davis Pickup at 9:08 PM 1 comment:

Email ThisBlogThis!Share to TwitterShare to FacebookShare to Pinterest
Labels: Obamacare

ABC television featured a wonderful story about human resilience and the importance of family in the development of a child. ABC's current affairs program 20/20 featured a story about 1996 Olympian Dominique Moceanu and the sister she did not know. Click on the image below for a story of victory of the human spirit over adversity.

Posted by Mark Davis Pickup at 11:04 AM No comments:

Email ThisBlogThis!Share to TwitterShare to FacebookShare to Pinterest
Labels: Family 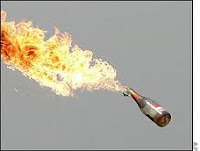 Once again violence has erupted against Christians and the pro-Life message. This time it occurred in Rockford Illinois. (See http://prolifecorner.com/pro-life-school-bus-fire-bombed-in-rockford-il/). The liberal media is silent.
MDP
Posted by Mark Davis Pickup at 2:17 PM No comments:

Read the life story of HumanLifeMatters founder Mark Davis Pickup that made him a committed voice across North America for the sanctity of human life. See Healing in the Fire (my life story) and Life and Death In The Balance at http://markpickup.org
Posted by Mark Davis Pickup at 8:04 PM No comments: