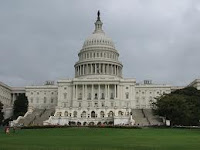 On February 18th 2011, the United States House of Representatives took the courageous decision to cut off federal funds from Planned Parentood Federation of America (PPFA)and 102 of their state affiliates. The vote was not even close at 240-185. This was an important step to returning America to embracing the inalienable Right to Life laid down in its foundational Declaration of Independence. As you probably know, Planned Parenthood is America's largest abortion organization and is responsible for millions of the deaths of America's children by abortion. In 2008 alone, 324,008 unborn children met their deaths at Planned Parenthood abortuaries. It truly is an odious organization. I look forward to day when the last Planned Parenthood facility is permanently closed and America repudiates the holocaust that has occurred on its soil for more than 38 years -- with legal sanction of the Supreme Court as well as federal funding.

After the historic vote in the House of Representatives, National Right to Life Committee representative, Jessica Rodgers, stated "This landmark vote demonstrates that most House members now recognize Planned Parenthood is a hyper-political, under-regulated, out-of-control mega-marketer of abortion as a method of birth control."

It is important that this historic and right decision by the House of Represenatives is not reversed in the inevitable wave of pressure from Planned Parenthood that is sure to follow. Planned Parenthood, and their affiliates are bloated with years at the public trough and will not give up their dependency on government funding easily.

I encourage Americans people of good will to express their support to the 240 Members of Congress who voted to cut PP's funding and throw out of Congress next election the 185 Members who opposed cutting funding. Replace them with politicians who value and protect every human life.

I pray this historic vote will be the first major step for America to begin a new day of enlightenment and turn away from the darkness of abortion. The abortion holocaust that took 45-million lives needs to end with a national repentence of the shameful chapter in American history. Perhaps the United States will provide an example for other nations (like my country of Canada)to stop aborting their unwanted children, and move into new enlightened era where abortion is unthinkable, mothers and babies are supported within the human community, and life and inclusion is enjoyed by all.