On November 13th the above noted program dealing with with assisted suicide will be aired across Canada. (See link above and click on image.) I only appear in third segment.
(For local show times across Canada go to http://www.contextwithlornadueck.com/airtimes-stations . Readers outside Canada see link at the top of this blog posting.)
It should be noted that this program was produced in anticipation of a British Columbia court challenge of Canada's laws against assisted suicide and euthanasia. The legal challenge is expected later in November by the BC Civil Liberties Association. Happily Lorna Dueck provides some balance to counter an appallingly biased program produced by one of Canada's national broadcasters. 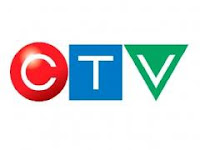 In late October the CTV television network aired a pro-assisted suicide program entitled "Let Me Go" on their W5 current affairs show.  A complaint was lodged with both W5 producers and the President of CTV News Wendy Freeman not only by me but a number of Canadian advocates for people with disabilities. As of yet no reply has been received. See the show at the link at the bottom of this posting.

The W5 documentary "Let me go" was dishonest from the outset. It was thinly veiled pro-assisted suicide propaganda -- disguised as journalism. It's certainly not the first time for CTV. A few years ago, Paula Todd used (or abused) her position with CTV to push the assisted suicide agenda, shutting down Margaret Somerville and me in favour of assisted suicide advocacy.

They started off their interview with Victor Malarek by saying everything had to be done secretively. No it didn't. All they had to do was book a flight to Switzerland and go. There are no police at our airports waiting to stop people from travelling abroad. Everything was undercover? That's gross exaggeration and should have been challenged by Mr. Malarek.


Kay Carter had spinal stinosis. There are treatments -- far more than with MS (which I have). Victor Malarek, in true journalistic form (not), just accepted Carter's claims and statements at face value. No challenges. Kay Carter said there is no quality of life in a wheelchair. I've been in an electric wheelchair for years -- much longer than her. I have quality of life.

Carter's agenda seems to have been more important than finding quality of life or proper treatment. She said she wanted to end her life before she became "a nothing but an ironing board and a bed." (?) I don't even know what that means, although I suspect it was meant to be degrading to life with a disability. Her family said she is dying from spinal stinosis. Her son said Kay was afraid of her dying "bit by bit" and Malarek restated it, with the most earnest of expressions, just to drive the point home to viewers. Very dramatic but for one problem: spinal stinosis is not terminal. Malarek must have considered this point because he later acknowledged it in passing.

Malarek asked who raised the idea of assisted suicide when things got unbearable? The real question was what forms of relief, pain management and supports were explored? Kay's daughter said "You can't die with dignity in Canada." That's not true! We have some very fine palliative care in Canada and even in British Columbia where Kay Carter lived. Again Malarek did not challenge this outrageous statement. (It was hard to believe that he's W5's senior reporter.)

Malarek asked how long she would have lived without assisted suicide? Carter's daughter said she could have lived for years. Wait a minute! I thought she was dying "bit by bit". Carter's daughter said Kay would have been bedridden, trapped in a body. How does she know that?! They didn't want treatment; they wanted assisted suicide? The folks at Dignitas asked Kay if assisted suicide was what she wanted. According to the daughter she said "Yes, I want to die with dignity." Since when is dignity bestowed on people with poison?! No one questioned that premise.


It is my experience that people only die with as much dignity as they live with. Dying with dignity not an event, it is a process -- the end result of having lived with dignity. Apparently such an idea did not occur to "senior reporter" Malarek (or if it did he kept it to himself).

Russell Ogden talked about choosing death and setting up a suicide clinic. Alas, he hints at the real issue. Assisted suicide is not about pain control, it's all about control.


The next person was Cam with MS. Malarek said he's confined to a wheelchair. Ah, perspective. I live in my electric wheelchair. It is a tool to aid my life and not confine me -- just like many people use glasses or hearing aids or canes. Cam fears a day when there's so much pain that nothing can be done. Who is advising this poor man? Virtually all pain can be controlled or eliminated. Cam doesn't need assisted suicide, he needs a new doctor.

The next profile was Elizabeth Macdonald who also had MS. She too was obsessed with control. She is quoted elsewhere as saying "Why can I not pre-empt a more horrible fate, by choosing to die on my own terms, in a way and at a time of my own choosing?" Again the issue was control more than pain control. Incidentally, if all she had was morphine as the story infers, she was not well served by her doctor.


The interview with Dr. Jose Periera's was revealing about the program's bias. Dr. Periera's warnings against assisted suicide acceptance were accompanied with ominous sound effects injected by W5 (the first in the documentary). The doctor made a case for palliative care and warned of the dangers to vulnerable people. Such a villain!
Elizabeth Macdonald's husband said Elizabeth would have none of it (palliation). She was too independent for palliative care. (?)

In his concluding remarks propagandist senior reporter Mallory said the BC case will surely go the Supreme Court and reminded octogenarian Lloyd Robertson that the last case the Supremes dealt with was Sue Rodriguez in 1993 and the Supreme Court was split 5-4. With the steady coarsening of public consciences, will that still be the case?