A short video can be seen at the link below showing a computer depiction of a child's birth, courtesy of TheVisualMD.com. The video is called BeautifulBirth. Excellent! It is particularly important for those who ascribe to the ridiculous legal fiction that the unborn child is only a human being once fully born.

http://www.thevisualmd.com/interactives.php?idu=1033609495&idc=980&sd=1?utm_source=Newsletter&utm_medium=Email&utm_content=VMD_06&utm_campaign=Pregnancy_iBook
Posted by Mark Davis Pickup at 9:35 AM 1 comment: 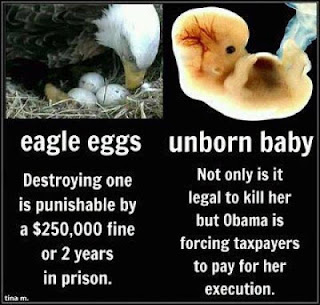 And if you try to offer life affirming alternatives to the mother of this unborn baby, you  may face this (see below). What happened to our civilized society in North America? What kind of barbarians have we become!

(NB: In Canada, every abortion is paid for by taxpayers. It has been this way for decades.)
Posted by Mark Davis Pickup at 8:26 AM 1 comment:

HEARTS TO INCLUDE PEOPLE WITH DISABILITIES

As you will read, Grace has a heart for people with disabilities. It comes natural. We have often talked about the natural human dignity of every human life. She has grown up riding on the back of my electric wheelchair or scooter -- as have her siblings. My grandchildren are not poorer because of my disability, they are richer because of it. You will detect from the article at the link above that even at the tender age of eight years, Grace has the heart of an advocate. She's not alone in this attribute.

﻿
Grace's little brother Graham (6) is friends with a blind classmate. I will call him W.** They are "buds".  W is one of Graham's circle of friends and is included as a normal part of his days. Graham leads W around the classroom activity centers and the playground and W makes Graham laugh. W is a funny guy!

* Calgary (population 1,100,000) is the corporate hub of Canada's massive oil and gas industry which are second only to Saudi Arabia.  Calgary hosted the 1988 Winter Olympics Games -- officially known as the XV Olympic Winter Games. The city is home of the world famous Calgary Stampede.
** I do not have clearance from W's parents to use his name.
Posted by Mark Davis Pickup at 2:50 PM No comments: