FAITH OF OUR FATHERS

It was 44 years ago yesterday that my father died. (See previous blog post for January 16th entitled "Desiring Heaven where love is complete"). He was an conservative, evangelical, Biblical Christian who brought me up in the faith of his father and the Faith of our Fathers.

His greatest wish was that I would love Jesus Christ with all my heart. It was not so important to him that I worship in an evangelical tradition or within a more orthodox liturgical way. One of his dearest friends was a Catholic Priest. This was interesting to me because I was brought up during the 1950s and the 1960s when Protestants believed Catholics were lost and Catholics believed Protestants were lost, yet my father did not. One day I asked him why one of his best friends was a Catholic priest. He simply answered: "I see Christ in him." 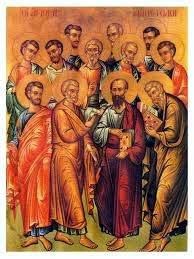 They had their doctrinal differences but on the central points of Christian faith they were in agreement as is articulated in the Apostles' and Nicene Creeds. They both believed that the Bible is the inspired Word of God. They both had a personal and daily relationship with Jesus Christ and desired to serve Him. Both my dad and Father Edward Lynch were gracious men who knew there were things where they would not agree but they also knew they were still brothers in Christ.  They were one in Christ Jesus.

My father died when I was 16 years old and Father Lynch stepped in to love me through my grief and give me fatherly guidance.  He had been a presence in my life for some years even before my father died. I was surrounded by their manly good natures and devout Christian faith from the time I was of about twelve. My father was a scholar and the priest was an athlete. Both men had a profound influence on my life. Many years later  I wrote about this in a Catholic newspaper: 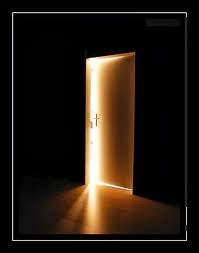 "Two towering, authentic Christians overshadowed my boyhood. One was my father, a devout evangelical Christian. The other was a Roman Catholic priest. A love of Christ was clearly evidence in both men.They created in me two immense chambers. On the door of one chamber was stamped Sola Scriptura (Scripture alone), on the other was stamped Scripture and Sacred Traditions. From beneath both doors radiated narrow beams of white light from divine love." 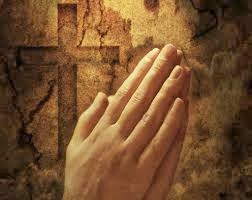 This morning across the country, Catholic Christians prayed "For dialogue, reconciliation and unity of Christians throughout the world, we pray to the Lord." I prayed it too. If there is to be reconciliation between Christians I submit that it is between Catholics and Evangelical Protestants and not liberals Protestants who have compromised the historic Faith of the Fathers. (Many liberal Protestants have denied the Virgin birth, the miracles, the inerrancy of the Scriptures, the physical Resurrection of Christ and other truths of authentic Christianity.)

I am an old man now and consider myself an evangelical Catholic. I don't want to fight about doctrinal differences that divide Christians. I want to talk about what unites us: Jesus Christ.

[See link below without political or sectarian interpretations rather simply glory to God.]

Mark, that is inspiring. Thanks for sharing that story.