CANADA TO LEGALIZE ASSISTING SUICIDES OF THE MENTALLY ILL 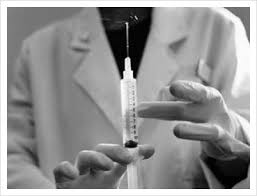 In March 2023, Canada will legalize assisted suicide for the mentally ill. It’s part of the horrible legacy of Canada’s Prime Minister Justin Trudeau.
If we are going to do something so horrible, March is the right month to do it. It's a lonesome month; neither winter nor summer; it is a month when bare trees, devoid of leaves, reach starkly toward grey skies and sway in cold winds.
Broken windows and empty hallways
A pale dead moon in the sky streaked with gray
Human kindness is overflowing
And I think it's going to rain today.
Progressive liberals are about to do what my father’s generation—the generation Tom Brokaw called the greatest generation—would be appalled to learn. He and his countrymen were prepared to die for their nation to stop the Nazis: Their atrocities included killing the physically and mentally ill. They had little use for the disabled. Judging by how Canada treats its disabled, apparently, we feel the same way.
Those with severe mental illness are usually at the bottom of society, impoverished, isolated and excluded, under-employed or unemployed. Many see only their future as a barren landscape of "aloneness" and loneliness.  Many are driven to give up on a life in which they feel unwelcome. The cold and coarse regime of Justin Trudeau will offer them so-called death with dignity instead of searching for a life with dignity. Why would many mentally ill Canadians not take it? Death may be preferable when life has been so unkind.
Scarecrows dressed in the latest styles
With frozen smiles to chase love away
Human kindness is overflowing
And I think it's going to rain today
The scarecrow in a white coat who holds the syringe that injects the poison into the mentally ill person has a frozen smile. It’s the same icy smile they've seen all their lives.
They have always sung off-key with society’s latest tunes. A sea of loneliness can overwhelm a broken spirit.  The last thing the defeated mentally ill person sees in this world—before they succumb to lethal injection—is that familiar frozen smile that tells them they were never welcome.
Lonely, lonely Tin can at my feet
Think I'll kick it down the street
That's the way to treat a friend.
The mentally ill are not really friends with the new Canada. Inclusive rhetoric is just that: rhetoric. So many are alone in their anguish. Behind the progressives’ smiles lies a hostility that would just as soon dispense of the physically and mentally ill—people who don’t fit in with the liberal progressive world they want exclusively for themselves and those who ascribe to their progressive ideology.
Depending on the severity of a person’s disability, their presence offends progressive sensibilities. Progressive liberals of Justin Trudeau’s regime won’t admit it—but they’re not above legalizing lethal injections they euphemistically call 'Medical Assistance in Dying.' Death is the ultimate exclusion!
Like Justin Trudeau, euphemisms are dishonest. They are designed to disguise something wrong, or too unpleasant to mention in the company of polite progressives.
Death with Dignity is a myth. Dignity is not achieved with a lethal injection when someone is at their lowest point, or helping someone kill themselves. Death with dignity is not an event, it is a process—the natural conclusion of having lived with dignity.
Right before me
the signs implore me
To help the needy and show them the way
Human kindness is overflowing
And I think it's going to rain today. [1]
These are the lyrics to a song written by Randy Newman in 1968 called I Think It's Going To Rain Today. He is an atheist but his lyrics touch on the despair and defeat experienced by so many people suffering from mental illnesses. What are people of faith and goodwill to do in such a Brave New World? The answer is right before us. The signs are before us. They implore us to help the needy and show them the way. If the mentally ill are not the amongst the neediest, who is? We must embrace them in their neediness, their loneliness, their depression, their confusion. Inclusion. We journey with them, seeking a way for a life that changes their pale death moons and skies streaked with grey into sunlight uplands of hope. Showing people The Way never leads to death. It leads to life with dignity.
* Lyrics from I Think It's Going To Rain Today by Randy Newman in 1968.
Posted by Mark Davis Pickup at 1:27 PM