THE AMERICAN ELECTION AND THE CRITICAL ISSUE OF ABORTION

The U.S. election is just days away. Most of the readers of this blog are American and I want to encourage them all to take this opportunity to exercise their right to vote.

I want evangelical readers to take some time to listen to Dr. David Jeremiah, Pastor and broadcaster, speak about the momentous decision that lies before evangelical Americans this election. I urge you to put aside half an hour to listen to Dr. Jeremiah's message. Click here: http://vimeo.com/52163082

I urge Catholic readers of this blog to listen to Fr. Frank Pavone of Priests for Life speak about what should be a paramount consideration when deciding who to vote for on election day. Click here: http://www.youtube.com/watch?v=BC1-6j3-V-8&feature=youtu.be

Which candidate is more likely to support the fundamental right to life?

If Barack Obama gets a second term it may prove pivitol to the direction of abortion in America for decades to come with dire consequences to millions more preborn children. (I believe it will be disastrous for the character of America on a number of fronts.) In an emailer under the title, "Election Could Decide Fate of Abortion for 40 More Years", LifeNews editor Steven Ertelt reports:

The next President's may potentially appoint some or all their replacements. We know that Obama is radically pro-abortion. (This is the man who supported partial birth abortion while an Illinois state legislator.) Do you think he will appoint Justices who respect all human life? Not likely. Obama will appoint pro-abortion Judges who will ensure the status quo of Roe v. Wade remains in Tlace: the abortion holocaust in America will continue.

I ask American readers of this blog to vote for the candidate who is most likely to make decisions that will be more supportive to the right to life cause. I believe it is likely to be Mitt Romney.

Neither Presidential candidate is ideal: the question is which one is better? You must decide. I have stated my opinion.


Posted by Mark Davis Pickup at 6:42 PM No comments:

A GRANDDAUGHTER SPEAKS ABOUT DISABILITY, FAITH, FAMILY AND COMMUNITY (and wins a pageant)

The 8 year old granddaughter of Mark Davis Pickup gave a speech about disability, faith, family and community, and won a pageant. Read about it at the link below.
http://www.nationalrighttolifenews.org/news/2012/10/my-granddaughter-speaks-about-disability-faith-family-and-community-and-wins-a-pageant/


Posted by Mark Davis Pickup at 6:09 PM No comments:

Today's Wall Street Journal has an excellent Op-Ed article about assisted suicide, written by Fr. Tadeusz Pacholczyk, Ph.D.. [1] It appears under the title "Please Step Back From the Assisted-Suicide Ledge". Read it here:


Father Pacholczyk's Op-Ed is particularly timely because Massachusetts may be the next American state to legalize assisted suicide in a vote expected in early November.[2] I would have missed the article had it not been for Dr. Eric Chevlen sending me an email this morning saying that Fr. Tad mentioned my case at the end of his Op-Ed.
MDP
[1] Reverend Tadeusz Pacholczyk is an American Roman Catholic priest. He holds a Ph.D. in neuroscience. Father Pacholczyk is the Director of Education and Ethics for the National Catholic Bioethics Centre, Philadelphia, PA..
[2] The issue of assisted suicide is like a bad penny. Its advocates do not give up. In 1997 I was invired to appear be a Massachusetts state senate judiciary committee as the studied a euthanasia bill before the legislature. It was unsuccessful then. The latest attempt may succeed.  I urge all citizens of good will to reject assisted suicide on November 6th
Posted by Mark Davis Pickup at 11:10 AM No comments: 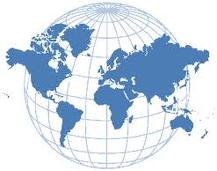 The HumanLifeMatters blog has surpassed 100,000 hits!

When I started this blog, I had no idea it would be so successful. The audience is truly international.  Although the majority of visitors are American and Canadian, several thousands have come from the United Kingdom, Ukraine, Russia, France, China, the Netherlands, France, Australia. There has even been interest in the HLM blog from places like Pakistan, Bulgaria and even a few from Saudi Arabia. (?)

If anybody would like to publish on the HumanLifeMatters blog on topics pertaining to bioethical or Life issues such as abortion, euthanasia, assisted suicide, stem cell research, cloning, or other end of life issues, submit your articlea query to me under the title "Article for blog publication" to HumanLifeMatters@shaw.ca . I cannot afford to pay for articles but as you can see the audience is vast and international. Your views will be heard.*

Posted by Mark Davis Pickup at 7:22 AM No comments:

My good friend Wesley J. Smith is one of America's top bioethical thinkers. He has started a new blog for the National Review online. His blog is called Human Exceptionalism. See http://www.nationalreview.com/human-exceptionalism

I encourage you to visit Wesley's blog often. His wisdom and profound insights into trends so heavily influenced by the Brave New World of bioethics. Wesley J. Smith's insights are almost prophetic. He understands the implications of new trends in thought and philosophy that denigrate the perception and status of vulnerable humanity.

It's well worth your time to visit Wesley's blog often called Human Exceptionalism on the National Review website. I highly recommend it.

IN CONTEXT -- ABOUT ASSISTED SUICIDE AND EUTHANASIA

The clip below includes snippets of an interview with me by veteran Canadian broadcaster, Lorna Dueck, for her national show called CONTEXT. She dealt with assisted suicide and euthanasia and asked me to address suffering from a Christian perspective. FYI.  -- MDP.

Posted by Mark Davis Pickup at 2:10 PM No comments: