INCLUDING PEOPLE WITH DOWN'S 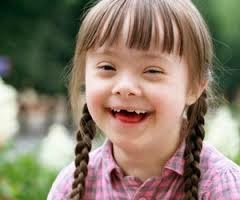 A Canadian Broadcasting Corporation (CBC) news blog featured a story about a new line of clothing for people with Downs Syndrome that has been launched. Karen Bowersox of Mentor OH, has developed a clothing line specifically for people with the condition. See
http://www.cbc.ca/newsblogs/yourcommunity/2014/08/clothing-line-for-people-with-down-syndrome-finds-success-on-kickstarter.html

Being an advocate for people with disabilities, I took note of the story. It's not a major human rights story, but I suppose it may be a concern -- especially for a person with Downs. This small good news story was refreshing after a bigoted and odious comments by Richard Dawkins last week. The lofty Oxford professor said it is immoral not to abort a child with Downs.[1] That's how coarse and anti-disability our culture is becoming -- that such cruel comments would come from a prestigious university as Oxford. 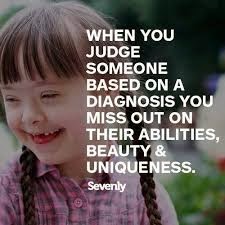 Inclusion not elimination of people with disabilities of various kinds must be a goal for enlightened society. Unfortunately nearly 90% of pregnancies involving babies with Downs syndrome end in abortion. And so a story about a loving grandmother of a Downs child developing a clothing line for people with the syndrome was sweetness in the wake of Dawkins' awful words.

Christians should stand in contrast to such sentiments and advocate for life and inclusion for all humanity as image bearers of God, supporting families facing a prenatal diagnosis of Downs or other disabilities. We can set a standard of inclusion!

Where does inclusion occur? It occurs in the daily lives of people 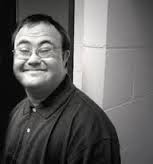 with disabilities and the accommodation of their needs. Inclusion occurs with accessible housing and transportation, education and recreation, proper nutrition and access to equal medical care to the rest of the population. And yes, it can occur even in the simplest and ordinary aspects of life such as having clothing that fits. It occurs by including people with disabilities and their families in our community and church life.

Mark
[Click image below or https://www.youtube.com/watch?v=fIK5st2s3kA for a message of hope to mothers caring a Down's baby.]

___________________
[1] "Richard Dawkins: 'immoral' not to abort if foetus has Down's syndrome: Scientist says a mother has a responsibility to 'abort it and try again' if she knows her baby would have the disorder", The Guardian, 21 August 2014. See http://www.theguardian.com/science/2014/aug/21/richard-dawkins-immoral-not-to-abort-a-downs-syndrome-foetus

Posted by Mark Davis Pickup at 9:21 AM

What always infuriates me as the mom of a 12 year old with Down syndrome, many people are very good at inclusion of my daughter, but you stir up all kinds of trouble when you bring up that 90% abortion rate, even among the Down syndrome community. You made the connection, why can't they?

Thank you for your inspiring posts. Here is a letter to Richard Dawkins I'm sure you'll want to pass along: