INCLUDING PEOPLE WITH SCHIZOPHRENIA

My wife, LaRee, never knew her maternal grandmother: Her name was Dora and she suffered from paranoid schizophrenia. Dora was institutionalized in a mental hospital in 1932 at 34 years of age.

Eighty-two years ago the shame and stigma of having a family member in a mental institution was so great that few people in the family ever mentioned Dora, after that. She never got out of a mental hospital and eventually died there. Life went on. It was as though Dora never existed; it seemed that everyone forgot about her — but my wife did not forget.

Throughout LaRee's life her grandmother was a mystery, the lost member of the family who needed to be restored to her rightful place of respect in our family tree.

LaRee tried to find information about Dora from aunts and uncles but their recollections were sketchy and vague. Inquiries to government authorities in charge of the hospital were met with refusals to release information.

Then one day in 2011 another attempt to get information fell on the sympathetic ears of a bureaucrat who sent LaRee the long-closed, dusty and yellowed file of Dora. 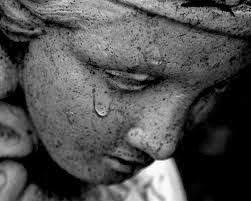 photograph of her grandmother that was in the file. Through tears LaRee read the sad details of a tortured life -- her grandmother's life -- a life crippled by devastating mental illness that isolated Dora from the world and all she loved.


If Dora had not been here, my world would not exist. Dora did not know much love in her life, but because of her, LaRee and I know love. No, Dora's life was not wasted. She is an indispensable part of our heritage; we owe a debt of gratitude to her. Her picture will sit in its rightful place in our home.

That is the bad news. The good news is that things have vastly improved with anti-psychotic medications and treatments for schizophrenia in the decades since Dora died. There are many effective therapies that can help schizophrenics to live productive and useful lives if they stay on their medications and don't get caught up in the destructive downward vortex of addictions that often plague schizophrenics.

Our Lord showed mercy for the deranged and so should his followers. The Catholic Church has a history of caring for the mentally and physically sick. This not only involves actual care but advocacy for better care of the mentally ill.

I am reminded of a homily given by Cardinal Lozano Barragan on the 2006 World Day of the Sick. The cardinal stated, in part:

"The treatment for a mentally ill patient should be a treatment of loving care, tenderness and kindness, in order to help him cope with his imaginary world, perceived as an enemy, a world in which he often drowns."

The Cardinal recognized the importance of devising treatments designed to draw patients from beneath their circumstances of deep psychic suffering. He reminded his audience that many people suffering the worst psychosis "often lose their sense of human relations and feel persecuted by a hostile surrounding environment." Such people need Christ's love so very badly.

Indifference of communities to the needs of its mentally ill people can actually threaten their security and safety. They can end up homeless, wandering the streets of inner cities across North America. As health budgets tighten or cut back, the mentally ill can fall between the cracks of service.

Mental illness can strike any family. An ideal opportunity exists to expand Christian outreach and expressions of Christ-like love to the mentally ill and their families. Christ works through his Church. Unconditional love is His great witness to a society where love is selective and arbitrary and hearts so cold.

[Click below or https://www.youtube.com/watch?v=hMPCNrWNCg8 for "Who am I" by Casting Crows.]