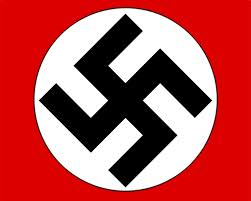 In his book The Nazi Doctors, author Jay Lifton wrote about the Nazi euthanasia programme. He pointed out that it was important to blur and ultimately destroy the boundary between healing and killing to convince German doctors to participate. The imagery of killing in the name of healing was an effective tool in achieving this end. Tens of thousands of people with psychiatric, developmental and physical disabilities were euthanized.

It is a historical irony that in Nazi occupied Holland, Dutch doctors refused to comply with the euthanasia programme. (It's ironic because the subsequent generation in Holland championed euthanasia and assisted suicide.)


It should be noted that the Nazi euthanasia programme had no legal force in law. In his comprehensive book THE THIRD REICH, Michael Burleigh wrote "... the 'euthanasia' programme never enjoyed legal sanction. It was murder even in terms of the laws of the Third Reich."[1] As of 06 February 2015, Canada cannot say the same.

Canada's Supreme Court gave legal sanction to physician assisted suicide. The death parameters are so broad, so encompassing, that it will eventually translate into wide-spread euthanasia for physical or psychological pain, as history will attest.

Canadian doctors of various faiths must stand together, use the courageous example of Dutch doctors during the Second World War, and refuse to participate in doctor assisted death killing. Steadfastly refuse to go along with the Canadian Supreme Court's odious decision to open wide the gates of assisted suicide and euthanasia. Refuse to support the CMA's softening position. Refuse to engage in assisted suicide or even be complicit by referring patients. Advocate and militate within medical circles against the obvious implications of the Supreme Court's horrible decision. Exercise conscience rights now and civil disobedience if they are taken away. Stand resolute against euthanasia and physician assisted suicide. Refuse to cooperate or comply! God will be with you.

This may be your greatest witness for the value of human life! Post modernism of the 21st Century and its consuming god of nihilism and personal autonomy exist at the expense of interdependent community. Its god breeds pestilences of hopelessness, despair and death in every society it infects. The god of self and the eyeless "I" will leave behind a desolate moral landscape. -- Mark

Do you want to see what that looks like? Implications of Canada's Supreme Court assisted suicide decision on vulnerable populations can be seen in the dark music and Beksinski paintings below or https://www.youtube.com/watch?v=iogXktRSDzI ]

Mark,
My email is bobbynorthlake@gmail.com
I would like to talk with you on the phone, my number is 818-491-3558 We are both christians, we are of the the protestant faith but feel organized religion today does not represent the jesus I worship. My wife was murdered by two doctors in a catholic hospital in washington state who issued a DNR without telling us, and put us through a living hell, then later when they had their chance they implicating responders in their crime with the hidden DNR. No one is getting stories out, even diquis and the national post deletes my comments and links because this case could kill death with dignity in it's tracks. Look forward to speaking with you, bobby brown