IGNORANCE OF GOD: THE SPIRIT POVERTY OF OUR AGE

We often think that ignorance is a lack of knowledge, education or 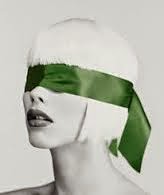 social training. But if ignorance is not knowing, then not knowing God is the greatest human ignorance. I want to address ignorance in the context of the human heart’s ignorance of God.  It is my opinion that this form ignorance is the primary crisis of the 21st Century.

Heart-ignorance to a direct experience of God is the worst human predicament and at the root of all internal poverty.  It creates spiritual darkness that shuts out possibilities for internal enlightenment only the light of Christ can give. It breeds despair that’s manifested in things like drug abuse and sky-rocketing suicide rates among the young.

Decades ago, large blocks of my generation (the baby-boomers) turned away from the Christian heritage we were born into. For awhile we were able to ride on the residual benefits of western Christian civilization.  The last vestiges of that residue are fading away. 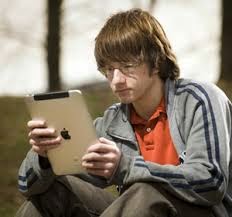 Ignorance of God is rampant among the Children and grandchildren of secular ‘boomers. They are unaware of their spiritual predicament. Many of them have no memory of the former Christian civilization that laid the greatest foundations of freedom and liberty in history. Granted, they have a spiritual longing that stems from the image of God within them but they are ignorant of the experience of God.

This new cultural ignorance of experiencing God, through a relationship with Christ, presents enormous challenges for the western Church in spreading the Gospel. The hard ground of materialism and self-gratification seems impenetrable. We are in a time when sins seem delicious and virtue pointless ― a time when disillusionment gives way to cynicism, and cynicism gives way to hedonism.

Seeds of this situation were sown in the 20th Century. In 1934, the English poet T.S. Eliot wrote:

“Why should men love the Church? Why should they love her 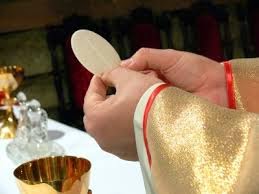 More than eighty years later the concept of “good” or objective truth has been rejected by post-Christian culture.

If darkness is all a person knows, he may not believe there is light. Secular man of the western world thinks he is enlightened: The notion that he may, in fact, be ignorant and in spiritual darkness does not even occur to him.  He is obsessed with the concerns and seductions of the world.  He may think that’s all there is. Spiritual realities are beyond his ability to grasp. In his unbelief he says “If God is real then show Him to me!” The faithless man cannot experience God because the darkness of his heart is complete. He needs the miracle of spiritual light to dispel his darkness.  But where will spiritual light come from?

Saint John said that Jesus is the true light that shines through the darkness, and the source of authentic internal illumination. The answer is also the problem.

The darkened human heart will find divine light too intense and

painful for eyes of the heart to bear. Men of the 21st Century prefer darkness to Christ’s light because the light exposes those old and uncomfortable ideas of sin and evil.

Christians must speak clearly to this generation about light and truth that originates beyond the human mind. We must speak to a lost and baffled generation about the possibility of experiencing God, through a relationship with Christ, and trust the Holy Spirit to convict people. 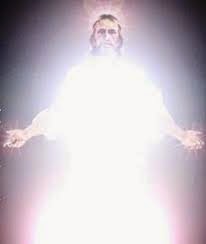 The light of Christ sheds light on the internal man and calls the individual away from himself, self-interest and pleasure toward a total change of heart to desire holiness more than happiness. Will he take the arduous and painful path toward holiness to enter the presence of God? Does he understand what it requires of him?

To seek holiness requires that the individual dies to himself so that Christ can live in him. He must crush his ego and that involves pain.  He does it because he has, at a certain point of despair, opened his dark heart’s door and caught a hint of an encounter with Christ’s light. (He may slam the door shut because the experience terrifies him.) But if he has the courage and desire to let Christ stay he will find himself slowly being transformed to be more like the Savior. His heart will finally experience God and he will know why Jesus came to earth.