A monstrous notion has become law. Assisting in the suicides of sick and disabled Canadians is legally permitted. It is now a new right … the right to death. The pied pipers of this new right use misleading euphemisms such as medical assistance in dying (MAID). A more accurate, precise and honest description of this new reality is medical killing.

The new law does is not limited to hastening the deaths of the terminally ill.  No, it even sanctions killing people who are not dying. Medical aid in dying is called palliative care―helping dying people to die comfortably. There are a vast array of modern pain control medications and techniques to eliminate suffering without hastening death. That is not the intent of the new law. In fact, I assert the new law for assisted suicide will ultimately discourage advances in end-of-life care.

This is what happened in the Netherlands where assisted suicide has been practiced for decades. In their 2015 book It’s not That Simple: Euthanasia and Assisted Suicide Today, palliative care nurse Jean Echlin and Ian Gentles write about Holland’s virtual abandonment of palliative care: “That country [Holland] has now a total of only 70 palliative-care beds, in contrast to the many thousands of such beds in Britain, which has not legalized euthanasia.” It stands to reason that assisted suicide and euthanasia discourage proper end of life care. 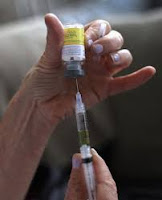 Euthanasia is so much tidier than palliative care and so much less expensive. A lethal injection eliminates the messy process of a drawn out death and frees up much needed beds in hospitals and nursing homes. From an economic point of view euthanasia and assisted suicide makes sense; from a moral perspective it is abandonment from what is right in favour of what is expedient. Do not discount the gravity of what has happened: Canada crossed a centuries old taboo of medical killing of the most vulnerable in society.

What are faithful Christians to do? Christian doctors and health care institutions must not comply with the new regime for medical murder, even at the risk of legal, professional or financial punishment. We must not underestimate the risk of this.

The Catholic nursing home, Huize Sint-Augustinus, in Diest, Belgium, was fined €6,000 (approx $6,600) for not allowing an elderly resident’s doctor to give her a lethal injection.  Closer to home, a Global News story on June 29th reported that Quebec’s health minister, Gaétan Barrette, has chastised the McGill University Health Center palliative care unit for not euthanizing patients.

Freedom of conscience and religious expression is under direct attack abroad and at home.  As I have stated before, Catholic hospitals and medical professionals have no choice but non-compliance with any aspect of medical killing. Our faith unequivocally prohibits it. There are dark days ahead but we must stand firm against this utterly corrupt law. Instead we must offer life-affirming alternatives to euthanasia and assisted suicide.

Christian social service agencies must give new priority to suicide prevention counselling and outreach to the disabled and incurably ill. Individual Christians must commit themselves at local church levels to help reduce requests for physician assisted suicide by creating inclusive local Christian communities to address and heal the loneliness of the human condition.  It is not easy but it is necessary if the fundamental belief in the sanctity of human life is to be an integral part of our Christian pilgrimage.  After all, our Lord told us we are to love our neighbor as ourselves (Matthew 22.39 & Mark 12.31)

This may involve making friends with the friendless or those racked by fear or defeat because of acquired disabilities or incurable illnesses.  I am aware this may take some people outside their comfort zone – particularly if they have had little exposure to people with disabilities.  It’s a new and foreign experience and it may make them afraid.  What if they get sucked into a vortex of neediness and loneliness?  Then there is a worse fear almost to frightening to contemplate because it has been suppressed since early childhood. What if the disabled person’s anguish awakens their own anguish!

It is, perhaps, what lies at the primordial root of state sanctioned medical killing ― a deep internal fear of a wayward humanity that has driven them to kill the anguished to stop anguish in them and us too.

And yet it is this fear of anguish and death that Christians are called to overcome with Christ’s help. We are called to something higher. God’s love drives out fear in the human heart. Reach out to those gripped with fear and despair and have forgotten the warm magic of a hello and friendship.
Posted by Mark Davis Pickup at 9:43 PM