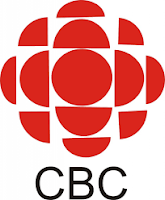 Up until 1991, I worked for the Canadian federal Commission charged with promoting employment equity in the workplace for Canadians with disabilities. One of the worst of offenders of disability employment discrimination was the Canadian Broadcasting Corporation (CBC). Every year the federal human rights commission filed its annual report in the Canadian parliament showing the CBC failed BOMBED with flying colours to meet expectations of federal corporations to hire and retain people with disabilities (or other target groups).


I could not persuade senior management of the CBC Alberta/NWT region to consider qualified disabled workers for a broad spectrum of employment across the CBC -- and particularly not as broadcasters. They just could not imagine the possibility of including skilled disabled writers, researchers, producers, directors, editors, and particularly NOT television reporters and anchors. 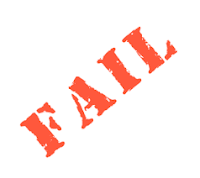 Year after year, the federally funded CBC failed to meet expectations for an internal workforce that reflected the mosaic of Canadian society. This was particularly true with regard to disability.


My training and experience prior to my disability included television and radio so I convinced my Commission to offer me on secondment to the CBC for a year to work with a program team for a radio show as a writer/researcher. Of course the CBC bit. It was free labour for them; for me, it was an opportunity to encourage them to look past disability. They would not. They seemed to think they were above accountability.

Even after the year's secondment, and glowing performance reviews of my work, senior management remained resistance to the point of defiance at employment equity for qualified disabled workers.


At the end of the secondment, I met with CBC Alberta/NWT senior management, for debriefing. They admitted that I proved to be a valued employee who only required minor workplace accommodation. They admitted their dismal employment record for disability -- they could not deny the horrible statistics -- particularly television on-air reporters/anchors. One executive cynically mused about getting employees who wear glasses to self-identify as disabled to get their numbers up (chuckle-chuckle). At one point in the meeting I asked, "Why wouldn't you consider a visibly disabled reporter or anchor?"
Silence.

One manager said, "A reporter in a wheelchair would be distracting to viewers." I responded, "Initially, perhaps, but I think you under-estimate your viewers' ability to accept

difference. They simply want the news and quality programming." I reminded them there was a time in the 1960s when the same argument was said about women reporters and  anchors.


An uncomfortable program executive feigned openness to the idea and said, "Well, I suppose we could hide their wheelchair behind a desk or take waist-up shots." I replied: "Why are you presuming a wheelchair, and secondly why would you hide a person's disability?"

Another producer erupted, "This is bull****!" He stood, threw his file on the conference table, and stormed out of the room. The meeting ended shortly after that.

It was clear that I failed to break through a corporate culture that discriminated against considering qualified disabled workers across a full spectrum of employment opportunities. (What was ironic was that the national President of the Canadian Broadcasting Corporation was an amputee (Patrick Watson)).

In fairness to the CBC, a month or two after I returned to my regular position with the employment commission I received a call from a senior CBC executive in Toronto about a new show they were developing to explore issues of Canadians with disabilities. They  wanted me to consider hosting it. The CBC flew me to Ottawa to meet with the executive producer of the proposed show to discuss the idea of a 13 week pilot on their newly established news channel. It was hardly attractive: They offered me half of my salary and I would have to uproot my young family and move to Ottawa for the tenuous prospect of hosting a show that could easily end after 13 weeks. I turned down the "offer".
Why was I persistent in my push for the CBC to consider disabled broadcasters? Young people with disabilities needed (and still do) positive employment role models in the broadcasting industry for them to aspire to (and other professions). The broadcasting industry needed to be introduced to the prospect of employing skilled, talented people despite disabilities not because of them. They still do. Society needed to aspire to full inclusion of people with disabilities as indispensable citizens who have contributions to make to the greater good (society still does.)

I hope things have changed, although I still do not see a visible disability presence on television. The CBC seems is so quick to point out the prejudices and failing of everyone else but loath to admit their own.


Why am I blogging about a 25 year old experience I had with the CBC? I'm doing it precisely because so little seems to have changed in a quarter of a century. 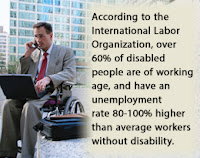 The general employment prospects for workers with disabilities in Canada and abroad remain appalling. Such horrendous unemployment/under-employment rates that are experienced among the disabled would not be tolerated in the rest of the workforce.

You see, I used my experience with the CBC as a segue into the larger issue of disability discrimination. The cultural deck is stacked against disability inclusion. The disabled face discrimination in every meaningful aspect of life from employment to finding decent housing, transportation, recreation, proper education and supports, health care and home care that may be spotty, inconsistent or piece-meal.

from mainstream society. The frustrations of living with serious disability can breed despair -- particularly with newly acquired adult disability.

It is into such an environment that Canada was introduced the legal option for medically assisted suicide for the disabled under the guise of supporting autonomous choice. Some autonomy! Some choice! We are not offered real equality (or quality) of life, only contrived and twisted equality in death. The ultimate exclusion is the grave.
Posted by Mark Davis Pickup at 11:01 AM