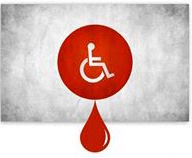 2016 was the year Canada legalized medical killing which we euphemistically call "medical assistance in dying" (MAID) -- previously known as physician assisted suicide. The euphemism is intentionally deceptive. Not all recipients of MAID are dying. Although the legalization of assisted suicide in Canada occurred in June, the Canadian Press reported in early October that about 200 Canadians had died this way (an average of 50 medical killings a week).

Were these people all dying? No. In my province of Alberta we know that MAID was given to non-terminal people. A spokesperson with Alberta Health Services said the most cited health conditions were cancer, multiple sclerosis and amyotrophic lateral sclerosis (ALS).[1]  We know that ALS and many cancers are terminal, but multiple sclerosis is not.  In fact, people with MS have nearly the same life expectancy as the general population.[2] Medical assistance in dying doesn't apply to MS; a more precise term is medical killing.

I have had multiple sclerosis for over 32 years. Granted it is a tough disease and I have been severely disabled by it, but it is not terminal.

Orchestrating changes to public moral consensus happens gradually. The extent of the real agenda is not revealed until the public mindset has be massaged and suitably numbed. Look at abortion.

Forty-five years ago, it was initially presented to the nation as being restricted to cases where a woman's life or health was threatened, all the while not disclosing that health included a very loose definition of mental health. Within a decade abortion was widely available, at taxpayers' expense, to Canadian women for any reason or no reason whatsoever. Things got so bad that by 1983, abortions outnumbered live births in Canada's largest city of Toronto. Acceptance of something so horrible as the killing of unwanted children prior to birth was imbedded into Canadian society.  What was unthinkable in the past becomes accepted in the present and commonplace in the future.

The same will happen with assisted suicide. The real objective of advocates of assisted suicide is to initially ignore the law's requirement for death to be reasonably foreseeable (whatever  that means) then mount a legal challenge to have that clause struck from the law.

We must be clear what is being referred to here: Assisted suicide is targeted directly and exclusively at the sick and disabled. That is not progressive, it is regressive. Canada is marching forward into the dark past and a neobarbarism of state sanctioned killing of the weakest and most defeated. Welcome to 2017.

What are Christians to do? I propose establishing a network of freestanding, Christ-centered, hospices in the model of crisis pregnancy centers that are situated across Canada, and supported, in large part, by churches.  These community hospice services would clearly and unequivocally invite the sick, disabled and dying into the embrace of Christian love, hope and inclusion.


I think of Like Saint Telemus who jumped into the Roman coliseum and got between fighting gladiators and shouted "In the name of Christ, stop!"[3] He was martyred on January 1st, 404, but the deadly games stopped. We must take his example to stand for life for the sake of Christ. Let us begin on January 1st, 2017 (exactly1,613 years later) and cry out to the 21st century with our words and actions and snatch suffering people from the abyss of assisted suicide. As in ancient times we bring the Good News to the poor in spirit whose circumstances overwhelmed them with despair. We bring the freedom of Jesus Christ to those who are captives of disease or disability. We offer community to those alienated by profound disability. We help the pain-ridden find relief through a vast array of palliative pain medications and techniques. To those considering suicide (assisted or otherwise) we offer a hand of friendship and care and urge them: "In the name of Christ, stop." There is a better way. Human dignity is not found at the end of a lethal injection or poison. That is abandonment not dignity.

I can personally attest to God's ability to reach through serious disability and incurable illness with eternal hope and joy. Only in Christ can true human liberty be found.

You can see a short video (3:35) about the story of Telemachus entitled "The Story of a Liberty Man" click on the link below. The manner of Telemachus' death may be disputed (a sword in the chest or stoning) but the fact that Telemachus was martyred is beyond dispute.