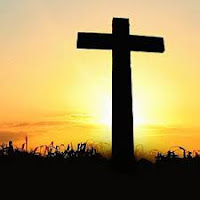 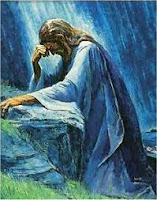 
Posted by Mark Davis Pickup at 7:32 PM No comments:

THE BIBLE AND PROGRESSIVE THOUGHT

A man sent me an email identifying himself as "Dave." He's a 'buffet Christian' meaning he picks and chooses which parts of Christianity and the Bible he likes and rejects the rest. At one point in his email Dave wrote, "We ignore the many parts of the Bible that are repulsive and have no place in modern society." Dave's idea of selective Christianity is increasingly common. Perhaps the parts Dave finds repulsive are Scriptural condemnations of homosexuality.

Here's a problem with selective Christianity and 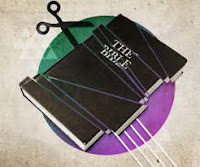 vetting the Bible for repulsiveness. Dave finds passages condemning homosexuality repulsive. John is a thief: He finds the 7th Commandment repulsive. Ted is a serial adulterer. He wants to dispense with the 6th Commandment and all other references in Scripture that are against unfaithfulness. Rachel thinks accounts of the Passion of Christ are too violent. Who knows what kind of violence it might trigger in an unstable person! She wants the crucifix removed from the front of the church because that too may encourage weak minds to be cruel, violent or sadistic. Eric is of the same view and thinks the Bible should be declared hate literature and banned from public libraries. Gerald finds the teachings about the physical resurrection of Christ preposterous. He thinks it's bunk and wants a requirement for Bible publishers to add a disclaimer to the front of the Gospels saying it's just a story written by primitive men with superstitious minds. In the end, Christianity will be gutted of all meaning and that's what I think Dave, John, Rachel, Eric Gerald and other progressives want.  They may deny it but they are anti-Christians. Christophobes. They want to make their relative truths absolute. 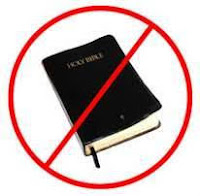 Moderns want to create God in their own image. Other progressives want all talk of deities removed from public discourse and the public square. Their quest not to offend anyone actually offends someone: Me. I am a Canadian Christian and my right to freedom of thought, opinion, religion—and their expression is guaranteed in the Canadian Charter of Rights and Freedoms (a creation of a previous generation of political progressives and selectively applied by the current generation of progressives.).

Here's an inconvenient truth quite beyond fashionable thinking. There is a God who exists independent of human thought. This God created all that exists and He sets the rules. God is concerned about the course of human events and has been active in history. He will continue to be active in human events and the unfolding of time long after Dave's "modern society" ceases to exist. Self-appointed progressives will be exposed as regressive. Today's moderns will be passé tomorrow and another progressive mentality will emerge—perhaps more enlightened or more repressive and brutal than the current batch.

Modern man will pass away. God remains. We must humbly reconcile with God on His terms, not ours.

Posted by Mark Davis Pickup at 10:15 AM No comments: 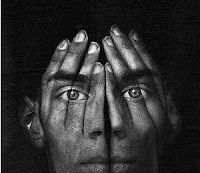 I want to share EWTN's homily (sermon) from this past Friday, April 5th 2019, delivered by Father Joseph Mary. Understanding the meaning of D=S minus M helped me endure 36 years with incurable and aggressive multiple sclerosis.

Posted by Mark Davis Pickup at 9:33 AM No comments: