CHRISTMAS IS A DIVINE IDEA OF LOVE EXPRESSED IN PHYSICAL TERMS

In his 2012 book Jesus of Nazareth: The Infancy Narratives,[1] pope emeritus Benedict XVI explained the significance of Jesus name— prefigured in the Old Testament—first announced by the angel Gabriel to Mary that she would bear a son.

“. . .[W]e encounter the name the name “Jesus,” which the Angel assigns to the promised child both in Luke (1:31) and in Matthew 1:(21). concealed within the name of Jesus is the tetragrammation, the mysterious name from Mount Horeb, here expanded into the statement: God saves. The, as it were, “incomplete” name from Sinai is finally spoken. The God who is, is the saving God, now present. The revelation of God's name, which began in the burning Bush, comes to completion in Jesus (cf. Jn 17:26).”

In Jesus, everything is completed, including time, including all creation seen and unseen, including you and me. The author of the Book of Hebrews wrote:

“…long ago God spoke to our ancestors in many in various ways by the prophets, but in these last days he has spoken to us by His Son whom he appointed heir to all things through whom He created the worlds. He is the reflection of God's glory and exact imprint of God's very being, and He sustains all things by His powerful word.”[2]

From the beginning of everything, including time, Jesus was with God and was God. He is the Word.[3] In Him is all glory. Again, Pope Benedict:

“the “glory” of God is real, God is glorious, and this is truly the reason for joy: there is truth, there is goodness, there isbeauty. It is there—in God—indestructibilitly.”

God loved us unto existence. Human creativity is evidence of the image and likeness of God within every man and woman. The created touches the hem of the Creator when he brings forth beauty out of his imagination. The wellspring of beauty is heaven. Johann Sebastian Bach understood this; he had so often been transfixed by divine beauty and transposed it to music. I believe Bach must have felt the breath of the Holy Spirit within him. How else can we explain Saint Matthew’s Passion, Saint John Passion, or Jesu Joy of Man’s Desiring?  Even his secular works carry a hint of the divine. Bach knew his music began from far beyond him. His last words were: “Don’t cry for me. For I go to where music is born.”  And yet as inspired as the music the great man composed is, it still falls short of the glory of God, its goodness, its beauty, its truth.

I have seen that whisper of the divine in nature and in the eyes of a new-born baby. I have felt the whisper of the divine when praying the rosary.  God is the divine idea, inexplicable, intangible yet the ultimate reality. Truth. Love. Beauty. Goodness. People will fight for them and die for them, giving up temporal reality for eternal reality—and we have seen this in young soldiers prepared to lay down their lives for an idea like democracy and freedom, and martyrs prepared to die rather than deny Christ. 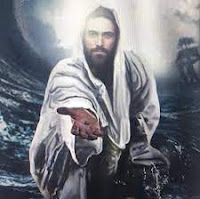 The true joy of Christmas is, at its foundation, a sacred and divine idea expressed in physical terms. The Creator of everything, desiring the return of the only creatures that He gave His Image and likeness—providing a way back to Him when they/we had gone astray. Yes, humanity has become estranged from His love, out of which flows beauty, goodness, and joy. He gave His ultimate gift desiring that we might love Him in return. The incarnation. God made man. Jesus would become the sacrificial lamb that would take away the sins of the world for all those who wanted to be reconciled to God.

To love and be freely loved in return. In the incarnation, God took the terrible risk of love: the possibility of rejection. In Jesus being whipped at the pillar, nails being driven through his wrists into the cross were the rejection of the divine love of God. But wait! In apparent defeat was victory. Millions upon millions of people through the past 2,000 years have believed in God’s Christmas gift and the price Jesus would willingly pay on the cross: victory over sin and its vice-like grip that held/holds people in bondage.  Freedom! Love returned!

I pray that this Christmas you will reciprocate to God’s love offered to you by choosing to love Him in return. He offered you the best gift of all. Accept it. Offer God your best gift of all: yourself.

Posted by Mark Davis Pickup at 10:07 AM No comments:

THAT'S THE WHOLE POINT OF CHRISTMAS! 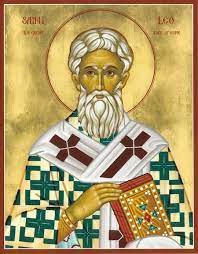 “… In the fullness of time, chosen in the unfathomable depths of God’s wisdom, the Son of God took for himself our common humanity in order to reconcile it with its creator. He came to overthrow the devil, the origin of death, in that very nature by which he had overthrown mankind.”

“… Beloved, let us give thanks to God the Father, through his Son, in the Holy Spirit, because of His great love for us He took pity on us, and when we were dead in our sins He brought us to life with Christ, so that in Him we might be a new creation. Let us throw off the old nature and all its ways and, as we have come to birth in Christ, let us renounce the works of the flesh.”

That is the whole point of Christmas! This is where the real joy of Christmas lies for all humanity. This is the real reason to rejoice. Christ is the Christian’s Joie de vivre. 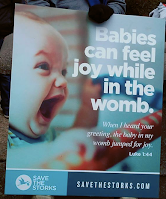 There is a mystery we see in a baby’s smile, yet unsullied by life’s disappointments and sin; they are still close enough to their mother’s womb and the presence of God they experienced there, even before they took on form.[1]

I am an old man now, but bells of Christmas still call me back to my own simple early childlike joy. So many frosty Canadian Christmas mornings throughout adulthood I awoke to see my wheelchair beside my bed. The cold steel could not steal joy from my soul at the very real presence of the Holy Spirit deep within me (the same Spirit that has warmed the hearts of small children and Christians through the centuries).

Twinkling lights of a Christmas tree greeted me when I whirred in the living room in my electric wheelchair. The violence occurring to my brain could not extinguish the peace in my mind. Christmas joy shone bright deep within me.  For more than three decades, my body slowly became more and more like a corpse with multiple sclerosis, but my soul hummed knowing God has loved me since before I was formed in my mother’s womb. Nothing can separate me from the love of God that is in Christ Jesus.[2] He came to reconcile with God the likes of sinful people like me.[3]

This was the message of Leo the Great’s homily. As he finished his sermon he said:

“Christian, remember your dignity, and now that you share in God’s own nature, do not return by sin to your former base condition. … Do not forget that you have been rescued from the power of darkness and brought into the light of God’s kingdom.”

The star of Bethlehem shone through the darkness of night. It gave witness to the Light of the world being born in a dank lowly manger, come to take away the sins of the world, for all who believe in Him. The road from Bethlehem led inexorably to Golgotha. From cradle to cross, Jesus brought a light to mankind.

Another cold Canadian Christmas season is holy and warms my heart. Frigid northern winter night air whispers of hope, forgiveness, and joy to all who will listen with their soul rather than their ears. They will see with their heart rather than their eyes the love of God all around them now and throughout the year.

Beneath a mountain of blankets, I turn in my bed. The wheelchair is gone. My legs are alive once again.  Sleep comes easy in the abiding peace of Christ.

Merry Christmas to all, and to all a goodnight. — Mark

Posted by Mark Davis Pickup at 11:26 AM No comments: