More about Robert and Tracey Latimer (the real story) 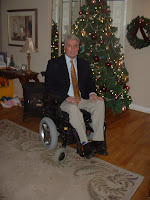 My last blog entry (See below) was about Robert Latimer's recent bid for day parole of his second degree murder conviction of the 1993 killing his disabled daughter Tracey. I wrote about Tracey's humanity not her disability and this was in sharp contrast to much of Canada's mainstream media coverage which portrayed her life as one continuous, unmitigated disaster. Quite simply, that portrayal of Tracey Latimer is incorrect. I set about to let readers know that contrary to public perception, Tracey Latimer was a happy child.
I have been asked where I got my information? My primary source of information was the transcripts of court proceedings of Robert Latimer's second trial. My information was from sources who testified under oath.
At the time of Latimer's 2001 appeal of his conviction to Canada's Supreme Court, I was approached by the American publication The Human Life Review (New York) to write an article about the Latimer case. I wrote about Robert Latimer's premeditation, the actual murder, his cover-up of information, destruction of evidence, lies, the first and second trials, public and jury sympathy, his earlier rape trial, media suppression of information about Tracey's humanity, etc.
This 2001 Human Life Review article is available upon request by emailing me at MarkPickup@shaw.ca. It is heavily referenced with sixty citations.
Posted by Mark Davis Pickup at 10:57 AM