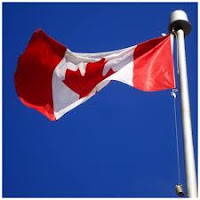 Recently in Canada a Conservative Member of Parliament tried to bring bring a motion against gender selected abortions before Parliament. Mark Warawa was blocked, his motion deemed "unvotable", his protests blocked and silenced, his appeal to the Speaker of the House of Commons to uphold his right to speak, was met with disdain. He was denounced as a "rogue member" and generally abused. This was an outrageous abuse of power under the Conservative Government of Prime Minister Stephen Harper!

This morning I received an email from Canadian pro-Life champion John Hof, President of United for Life British Columbia. The substance of that email deals Canadian attitudes toward gender-selection abortions. Ninety-five percent of Canadians oppose sex-selected abortions! It seems Canada's government is out of touch with Canadians on this issue. See below.


Poll Shows Sex-Selection Abortion a Major Problem for all Canadians


Langley, BC. A recent poll, conducted by Abingdon Research on behalf of United for Life BC and WeNeedALaw.ca, found that Canadians overwhelmingly oppose gender-selection abortion, but also that many believe it is happening within their communities.


Overall, of those Canadians who had an opinion, 95% said sex-selection abortion is wrong, (83% said it is always wrong and 12% said it is sometimes wrong). “When was the last time 95% of Canadians agreed on anything?” asked United for Life spokesperson, John Hof


“We already knew Canadians strongly oppose sex-selection abortion,” said Hof. “This poll shows that Canadians from all different backgrounds are more or less on the same page.”


Canadians from certain cultural and religious communities were somewhat more likely to believe that sex-selection abortion happens within their communities. Numbers were highest among Hindus (57% yes or sometimes, 11% no, 32% don’t know) and Buddhists (44% yes or sometimes, 22% no, 32% don’t know).
“These numbers suggest very strongly that sex-selection abortion is happening in Canada,” said John Hof. “Although it is a greater problem in some communities, extremely large majorities from every community want it to stop.”


This poll was conducted online and surveyed 2502 Canadians in English Canada between January 21 and March 15, 2012. Visible minority Canadians were oversampled in this survey. Overall, the survey has a margin of error of +/- 2.8%, nineteen times out of twenty.