WILL IMPRISONED CHRISTIAN UNDER DEATH SENTENCE BE FREED?

There may be movement in a positive direction regarding the case of persecuted Christian Meriam Ibrahim in Sudan. A report in today's Daily Mail out of the U.K.says she may be freed, but her legal team and international advocates warn that the Sudanese government officials may be lying.[1]


The Meriam Ibrahim case is horrendous! Former British Prime Minister Tony Blair is quoted as describing her treatment by the Sudanese as 'barbaric' and a sickening distortion of faith.

We must not be too hopeful for her release. Meriam's lawyers do not believe the offer is real and that it is just a ploy to silence the growing outcry. It is imperative that people everywhere concerned for the welfare of Meriam, her 20 month toddler and newborn baby girl Maya increase the pressure of their own governments to pressure Sudan to release Meriam and the children (without any of the 100 lashes in her sentence). We must not relax until they are safely on American soil with her American husband, Daniel Wani of New Hampshire.

Daniel has stated that the Obama administration has not been helpful in his wife's case.[2] If this is true, American readers of this blog must demand that the U.S. immediately put pressure on the Sudanese government to release Meriam. According to LifeNews.com:

"Davis Christensen, the Vice President for Government Affairs, is urging Americans to contact Congress on Meriam's behalf. "Please contact your Member of Congress and urge them to support H Res. 601, introduced this week by Congressman Trent Franks of Arizona calling for the release of imprisoned Sudanese Christian Meriam Ibrahim."

Christensen also stated, "Despite being married to an American citizen and the fact that her children are also eligible to apply for U.S. citizenship, Meriam's case has received little attention from our Department of State or the U.S. Embassy in Sudan." he told LifeNews. "That's why H. Res. 601 also calls upon this Administration to act now on behalf of Meriam and to move quickly to grant her and her children refuge in the United States." 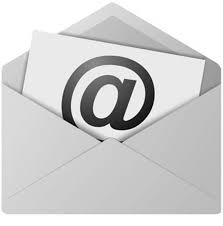 That's what Americans can do. Canadians readers of this blog should contact their MPs and demand that the Canadian government register an official protest with Sudan of the imprisonment and sentence of torture and execution of Meriam Ibrahim and demand her immediate release unharmed.

About rumblings of her release, one of Meriam's legal team told the U.K.'s Telegraph: "This is what the government do. We will not believe that she is being freed until she walks out of the prison."[3] 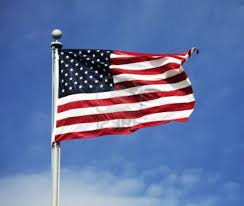 [1] Mark Nicol and Kieran Corcoran, "Sudanese woman forced to give birth in shackles and held with toddler in prison "hell hole" as she awaits death sentence for refusing to drop her Christian faith will be FREED after international outcry", 01 June 2014, Mail Online. See http://www.dailymail.co.uk/news/article-2644796/Sudanese-woman-facing-barbaric-death-sentence-marrying-Christian-FREED-U-turn-authorities.html

[3] Harriet Alexander, "Sudanese woman Meriam Ibrahim sentenced to death for apostasy 'to be freed'", 31 May 2014, the Telegraph. See http://www.telegraph.co.uk/news/worldnews/africaandindianocean/sudan/10867220/Sudanese-woman-Meriam-Ibrahim-sentenced-to-death-for-apostasy-to-be-freed.html
Posted by Mark Davis Pickup at 8:06 PM