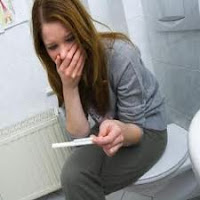 A number of years ago, my wife and I were contacted by the mother of a sixteen year old girl who had a positive pregnancy test. I will call the teenager Katie (not her real name) and her mother Joanne (not her real name).
Katie was obviously in a crisis pregnancy:  It was a crisis because Katie is so young, still in high school, and unmarried.  It was also a crisis pregnancy because she intended to have an abortion to solve her “problem.”

Katie was ignorant to well established yet unpopular objective knowledge about prenatal life. Poor Katie, she is a victim of modern public school education that’s been ravaged by the emotions of political correctness. This political correctness has even invaded the former objectivity of many biology classes. Katie only knew the unscientific yet fashionable propaganda of the so-called “pro-choice” mindset so prevalent in today’s culture that refuses to recognize well-established knowledge of the unique humanity of life in the womb.

In such a climate, the choice remains unstated because it is the choice of death for another life, through abortion. No matter how it’s packaged or presented, abortion is offensive.

The stark choice in ‘pro-choice’ is far too visceral to articulate in polite or fashionable company. Choosing between life and death for one’s offspring is hardly the mark of a civilized or enlightened society. The “pro-choice” mindset rarely identifies the choice. Instead it directs the chooser away from the stark reality of what they are choosing between. Situational ethics reigns supreme and moral absolutes have been banished from the culture.

Fortunately, the banishment of former moral absolutes has not been complete, other than in the secular media and academe. 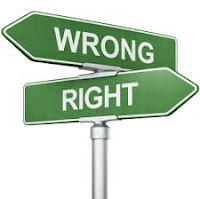 residue of a previous time when the culture knew some things were absolutely right and other things absolutely wrong. We know that taking human life is absolutely wrong. For some of us, the memory of a Judeo-Christian moral consensus still burns deep within our chests. We are beneath the snobbery of academe. We are unwelcome in the lofty corridors power and ivory towers where modern philosophers, sociologists and bioethicists mingle far away from us common folk. 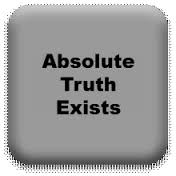 Like the 17th century adulteress banished from the town with her illegitimate child, the object of insults and contempt, and branded with a scarlet letter ‘A’, we wear a scarlet ‘A’ too. It stands for Absolutes. And like the adulteress of old, we are unfaithful. Our unfaithfulness is to the 21st century’s culture of choice and moral relativism. We, too, are subjects of contempt.

Katie’s mother, Joanne, wore a scarlet ‘A’. Joanne knew what was at stake in making the wrong choice. She was acutely aware of the threat to her unborn child and then, years later, her grandchild. There was nothing relative about their situation. The threat was real and absolute! Katie was in danger of making a terrible mistake and the new human life within her was in grave danger.

When Joanne was in the same position as Katie. The authority figures in Joanne’s life advocated that Katie’s brother be aborted (He’s a full-grown man now). Joanne was told ― like so many other women facing crisis pregnancies ― that she was too young to be a mother. A baby would ruin her life and aspirations!  Joanne was told abortion would solve her problem. Joanne knew instinctively that her “problem” was a human being portrayed as a blob of tissue, like a tumor.

Before Joanne gave herself over to an abortionist, my wife and I 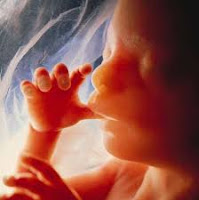 had the opportunity to show her the stunning photography of prenatal life taken by renowned Swedish photographer Lennart Nilsson, during the 1960s.  Nilsson was ahead of his time, using the emerging technology of endoscopic photography to capture images of a developing child before birth.

The images spoke for themselves. Joanne realized that the life within her was not a ‘blob of tissue.’ It was not ‘potential life’ … it was actual life. It was the life of her child! She rejected the naysayers and cynicism that would have led her down the dark path to an abortionist’s door. Joanne needed someone to hope and believe in her life and the life of her baby. My wife and I tried, in our pale and uncertain way, to show Joanne there was always hope wherever there is life. Joanne canceled her appointment at the abortion clinic.

We found ourselves in a similar position with Joanne's daughter Katie. Once Katie was given the full information about prenatal life and life-affirming alternatives available to her through a local crisis pregnancy centre, Katie cancelled her abortion too. 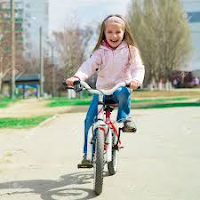 Today her happy child runs and plays, skips and peddles her bike in the fresh spring air, with the sun warming her shoulders. That little girl will grow up to be her own person and take her rightful place in society.

What’s my point? Never give up on any life. Do not listen to the pied pipers of choice who lead the parade of North America’s procession for the new culture of death.

Always choose life that you and your descendants may live! Click image below or https://www.youtube.com/watch?v=eX4fC4WFCIU For Big Tent Revival "Choose Life".