BOOK MARK DAVIS PICKUP TO SPEAK IN YOUR AREA 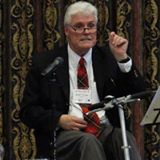 Mark Davis Pickup is available to address issues pertaining to disability and Life issues from a Christian, pro-Life perspective. He can be reached for bookings by email at HumanLifeMatters@shaw.ca

Mark has been chronically ill and disabled with multiple sclerosis for over 33 years. He has spoken across North America warning against accepting euthanasia and assisted suicide. He has addressed politicians in Canada and the United States, churches and denominational leaders, universities, high schools and community groups, hospital medical staffs, local, state and provincial pro-life conventions as well as keynote speaker to U.S. National Right to Life Prayer Breakfasts (2001, 2005, and 2010). He also addresses a Christian perspective on suffering. Mark is extensively published. He has appeared on innumerable radio and television programs warning against a cultural drift toward euthanasia acceptance. He has received numerous awards for his work including the Monsignor Bill Irwin Award for Ethical Excellence, and a Governor General’s Medal for community service.[1]

What have people said about Mark Davis Pickup?

"I thoroughly enjoyed working with Mark, and came to know him as a truly gifted orator. He is a powerful, eloquent speaker whose passionate and deeply insightful, testimony as a disabled man, exposes the problems of legalized euthanasia (mercy killing, assisted suicide) and the implications that it can have on the most vulnerable people." –Ann Olson, Education Director, Human Life Alliance, Minneapolis, Minnesota

“I recommend Mr. Pickup as a resource to those committed to resisting euthanasia. He is a champion of disability inclusion and is utterly committed to the value, dignity and equality of all human life.” ― Bobby Schindler, brother of Terri Schiavo and Executive Director, Terri Schiavo Life & Hope Foundation.

“Mark’s  experience as a disabled man, his rigorous intellect, and his love of all people are in evident abundance as he mounts an eloquent and powerful critique against the culture of death. Mark’s is a voice we all need to hear – and heed.” ― Wesley J. Smith, author and international Life Issues speaker.