North American society finds itself in a peculiar, difficult and disheartening state: a state it brought onto itself. Forty-five years ago our culture was gleefully in a sexual revolution.

This social experiment carried enormous risks to society beginning with the threat to marriage and throwing off all restraint. Popular opinion heralded a new era of sexual freedom and emancipation from fidelity.  I remember we called it 'free love'. It was a lie and many people -- even those espoused it -- knew in their heart of hearts it was a lie. It was lust not love, and anything but free. The cost was venial disease, and broken hearts, and that pesky the problem of unplanned and unwanted children. What was emancipated society to do about the responsibility of caring for unwanted children? Kill them before birth, before they could be seen.

SUPPRESSING TRUTH FOR A LIE

Although biology had long discovered, by experimental evidence, that a new life begins when sperm penetrates egg -- that point we commonly call conception -- abortion seemed to answer the problem of unwanted pregnancy.  How was the sexual revolution to separate that life from the 'boomers lives? A second lie was needed and so the 'blob of tissue' myth was adopted to denigrate the value of inconvenient prenatal life. 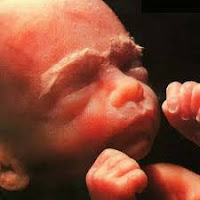 The biological truth was suppressed in favour of an alternate sociological and political agenda. Real life in the womb became 'potential' life that hampered the liberation of women from patriarchy and women's aspirations. Abortion went from murder to a new human right. Voilà!

A woman's right to choose abortion became the battle cry of feminists everywhere. The new right of abortion became a lynch-pin for women's equality.  This myth became popular and people bowed to the power and seduction of this myth. Those who embraced the myth thought of themselves as appearing intelligent and progressive.  But the appearance of truth does not mean truth, only that it appears to be so.

Most people build an "appearance" of themselves that they 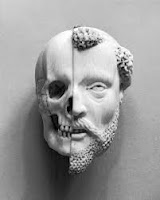 want others to believe. This appearance is so important to them that they can quickly become slaves to the opinions of others; They desire so strongly to be aligned with the intelligent and progressive. They will sacrifice their integrity and squelch the voice of conscience within them in order to join the ranks of progressive company. They worked so hard cultivating an appearance compatible with the approval of the progressive "we": They have an overwhelming fear of being rejected and relegated to the unwashed masses of "them." They will do whatever is necessary to remain in the ranks of "we." The powers of others' opinions become dominant. They must continue to slavishly plod along the path of fickle acceptance. Truth for the sake of truth becomes distant.

Pope Benedict XVI observed that people in this predicament "... can indeed no longer break free from the net of shared pretence." The Pontiff continued his observation: 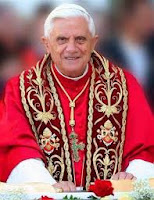 "Opinion, untruth gains domination. The entire life of a society, political as well as personal decisions, can in this way rest on the dictatorship of untruth: of how things are presented and reported instead of reality itself. An entire society can fall from the truth into shared deceit."[1]

That is where North America society finds itself with respect to abortion. Between America and Canada close to 70 million abortions have soaked the landscape with the blood of our unwanted and inconvenient children, over nearly five decades.[2]

How can we disentangle this holocaust of unprecedented proportions that the collective 'we' caused? It's a difficult and disheartening predicament. The way out is difficult yet surprisingly simple too.

It requires the humility to admit our individual and cultural deceit and embrace all the human family beginning in the womb. We must admit we were wrong. Repentance and confession are necessary, without excuses, on an individual and collective basis. But repentance is repugnant to the proud. It is unpopular and old-fashioned but desperately needed. We need a change of heart and a spirit of mortification about decades of abortion, and a solemn commitment to stop killing the unborn. We need the resolve to provide life-affirming alternatives for women in crisis pregnancies and their children.

C.S. Lewis wrote this about progression. "We all want progress, but if you're on the wrong road, progress means doing an about-turn and walking back to the right road; in that case, the man who turns back soonest is the most progressive."

We must return to where we went off track. I believe it happened when society turned away from the Laws of Nature, the sanctity of human life, and the God who created both.

Lord restore our nations and give us a new heart of love, compassion and unity. Instill in us a compelling desire for holiness and truth. Amen.