STACKING THE DECK FOR EUTHANASIA IN CANADA?

Roger Foley (42) who suffers from cerebral ataxia has released an

audio tape he says proves an Ontario hospital offered him assisted suicide when he actually wants to live with dignity at home. Mr. Foley stated,

“I have not received the care that I need to relieve my suffering and have only been offered assisted dying.  I have many severe disabilities and I am fully dependent. With the remaining time I have left, I want to live with dignity and live as independently as possible.”

“It is the real truth of what is going on in Canada regarding so many assisted deaths without appropriate safeguards, in combination with the lack of necessary care that is not being provided to persons who are suffering,”

Foley's lawyer commented: "“Here he is, needing society’s help and care and we turn our back on him and we’re in essence … asking him if he is interested in assisted dying rather than working with him to provide the services he needs,” 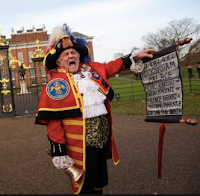 policy ensures safe and consistent access to medically assisted death for all Canadians, in accordance with all Charter rights.  Yada-yada. (Pssst! The Canadian Charter of Rights and Freedoms does not mention a right to death, only a right to life.) The new right to death is a recent twisted aberration of the Canadian Supreme Court.


Welcome to 21st Century Canada where killing the vulnerable is good and helping them to live with dignity is bad. Oh, Canada!

You can see the news article here.