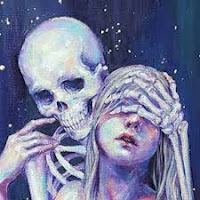 Posted by Mark Davis Pickup at 9:39 AM

Thanks, Mark, for this great summary on how the slippery slope works. Keep up the good fight!
Carol Tobias
National Right to Life

You're welcome Carol. How can I express my gratitude to National Right to Life being a consistent voice in America for the innate dignity and worth of EVERY human Being? Words fail me. A simple thank you is all I have.