America just celebrated 244 years since the signing of the Declaration of Independence in 1776. In 1787, after grappling about how the new nation would govern itself, a constitutional convention assembled in Philadelphia to draw up a Constitution. Uncertainty pervaded the convention about whether all members would accept its provisions. The oldest member of the convention was Benjamin Franklin. He was instrumental in gaining its acceptance. While the last of the members were signing the Document, Franklin looked toward the President’s chair, behind which was painted the image of a rising sun. The great old man commented to a few members near him:

“I have often and often, in the course of the sessions, and the vicissitudes of my hopes and fears as to its issue, looked at that behind the President, without being able to tell whether it is rising or setting; but now at length, I have the happiness to know, that it is a rising, and not a setting sun.”[1]

Throughout nearly two and a half centuries, the sun has shone on America. The nation’s sunlit uplands gave birth to liberty, human rights and opportunities the likes of which has never been Known in human history.  Eleven years earlier, when America’s Founding Fathers penned those eternal words, what began was the nation’s morality, mores. Its national ethos grew, continues to grow and mature with ever increasing revelation of the Founding ideals that unfold with each new phase of human insight:

“We hold these truths to be self-evident, that all men are created equal, that they are endowed by their Creator with certain unalienable Rights, that among these are Life, Liberty and the Pursuit of Happiness.”

Such sacred words may have been penned by men, but their quilled pen was surely guided by the invisible hand of the Almighty.  God smiled on America. By 1817 America was flourishing so much so that the nation’s 5th President, James Monroe stated: “If we look to the history of other nations, ancient or modern, we find no other example of a growth so rapid, so gigantic, of a people so prosperous and happy.” All within within forty years of the founding of the new nation. That rapid growth, prosperity and happiness has continued to expand exponentially.

Although haltingly at times—sometimes two steps forward
and one back— America has moved ever closer to those divinely inspired ideals of the Declaration of Independence. She became the standard bearer for the rights of man. That standard has given a shining example for the world to emulate and create climates for human liberty to take root. Even autocratic countries that suppress human rights pay lip-service to the acceptance and respect for principles of human rights. These are rights based upon absolute truths we find as the foundation of the Declaration of Independence. Now granted, America still has distance to go in matters such as racial equality, but the journey continues constantly—perhaps not fast enough for many people, but America leads the world in its quest of human liberty, prosperity and happiness.

Communist China’s best-known dissident, Wei Jingsheng, was held prisoner for 18 years in communist China’s prisons. Despite enduring physical and mental torture, Wei made a statement to Amnesty International in 1998 that “Under the principles of democratic systems, human rights have been established in more and more countries.” Although basic human rights were kept from him, and millions of other Chinese people by the communists, Wei issued a statement on January 8th, 1998, in which he said: “This is the power of truth. I have no qualms about sacrificing myself for democracy or human rights, … Truth is truth.”

Truth is truth. But now dark clouds of sinister internal unrest are gathering to threaten America and blot out the sun. American cities are being set ablaze by anarchists, and the far-left—many motivated by communism—and served by useful idiots and anti-social malcontents. Hoodlums and thugs call for the dismantling of police forces everywhere so they can have their way unimpeded. They are enemies of freedom, enemies of liberty. They mindlessly shout slogans about white privilege, systemic racism, colonialism. They tear down statues of America’s past and want to erase any good connection with history involving white Americans. They are what they call others: racists.

On July 2nd, I received an email from Terry Schilling, Executive Director of the American Principles Project in which he said:

“The Democratic National Committee sent out a tweet last night that said Mount Rushmore — and President Trump’s Fourth of July celebration there — are “glorifying white supremacy.”

"It wasn’t a fringe left-wing group: it was the official Twitter account of the national party committee, and it wasn’t a mistake, even though they deleted the tweet within the hour."

"And, during the week of America’s Independence Day, they made this outrageous contention while linking to a British newspaper story. I doubt they caught the irony."

"Bottom line: last night, the Democratic National Committee showed the American people what they really believe … and then, like cowards, tried to backtrack and hide their extreme views.”

The Democratic Party is falling in step with the far-left’s narrative and agenda. The intent of that narrative and agenda will be, in part, to try and erase America’s history or rewrite it. What would that achieve? What does history tell us? There was a time in Europe, when other dark forces tried to eliminate the Jewish race, wipe them from the face of the earth, and erase Jewish history from human memory. After the Second World War, Golda Meir helped found the State of Israel (1948) and served as its 4th Prime Minister. She said, “One cannot and must not try to erase the past merely because it does not fit the present.”

The far left (and the Democratic Party that’s beholding to them) will replace sweet liberty with uncontrolled license. They are tearing down America under the guise of racial inequality. They will try to eradicate the past that does not portray anything but America’s mistakes and faults. Yes, there is racial inequality in America. America is people and all people are flawed and fall short of that great vision articulated so eloquently in its blazing foundational Declaration.  But its words beckon across the centuries for America to rise to its noble calling. America is changing because the spirit of those towering words demand it, not because of the violence and disorder of malefactors and chanting malcontents.

Those eternal words whisper in your ear and mine: “We hold these truths to be self-evident, that all men are created equal, that they are endowed by their Creator with certain unalienable Rights, that among these are Life, Liberty and the pursuit of happiness.”

With what will the far left replace those sacred ideals that governed America’s unprecedented journey toward enlightened human rights and equality?

We do not know and dare not imagine if “autonamous” zones of Minneapolis and Seattle are any indication of what awaits America if the likes of antifa and others of their ilk get their way.

The far left represents a small minority of Americans. I do not understand why Democratic politicians and the Democratic Party have bowed to them and their demands. America’s majority are law abiding citizens, they want law and order, safe streets, opportunities for their children that free enterprise can bring, and the freedom to seek the American dream, as it applies to them. I believe most Americans want leaders who will stand against fashionable but shallow anger against America and Her institutions and Her Judeo-Christian roots. They have (and want from their leaders) an abiding commitment to the ideals that make America the best country that has ever existed.

Americans must refuse to let antifa and the far left tear down the America you and I hold dear! Stand against the mobs, and for those ideals that made America the best country in the world.

If America never existed, do you think the disabled and chronically ill (like me) would be as well treated as we are? No, I don’t think so. It’s that standard bearer thing again. America’s influence has made the world a better place. 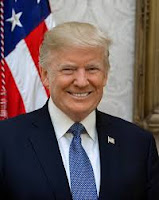 I believe that the best person to lead the United States of through this tumultuous and dangerous time is President Trump's
firm and decisive leadership. Over the next four years, he can set the course that leads America into another period of unparalleled prosperity and happiness for everyone, not just some. He will protect and care for the nation’s most vulnerable (as we’ve seen him do in appointing conservative pro-Life judges and defunding the despicable abortion business of Planned Parenthood.)

Good people of America! Do something to save the greatest nation ever to exist. Please, get involved to re-elect President Trump. The election in November will decide the fate of America. Don't set the sun set on America.