COMMUNITY AND THE INDIVIDUAL 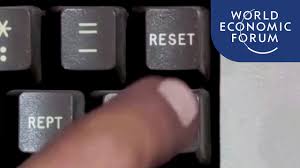 So many people ignored public health guidelines at Christmas, despite pleadings from medical officials. I fear we are going to see a spike in COVID cases from people getting together. The public good came second to their desires. Autonomy versus community. (I used to refer to this in my speeches across North America.) Community lost.

As I’ve said previously, we were unwittingly asked that most ancient of questions: “Am I my bother’s keeper?” So many people answered ‘No’ and ignored public health guidelines. Their answer was the same as Cane’s—the first murderer— after killing his brother Abel. People reading this article may indignantly exclaim: “How can you equate people ignoring public health rules to be with family with murder?” I didn’t. I said their answer as to whether they have a responsibility to other people’s welfare was the same as Cane’s answer. By their actions they said No. Someone else could say, “It’s so easy for you. You were with your wife, the romantic love of your life, but we were not and wanted to be those we love.”  I understand that desire; my wife and I also wanted to be with our children and grandchildren. We were separated from them.

Sometimes in life we are called to do something, as citizens, we do not want to do. This was one such occasion. But for the greater good, we must do what is being asked of us. Quite simply, it was irresponsible and disrespectful to thousands of families who have lost loved-ones to the pandemic. Now, I fear we are going to pay a heavy price in the days to come.  Love for family does not negate our responsibilities to the community.

Here’s something else that I fear. I’m hearing rumblings about something called the “Great Reset” that is about to descend upon us. I’m hearing it will a global secular (Godless) fraternity of humanity, loosely based on a communist model. I hope I’m wrong.

Communist rhetoric is contrary to communist behavior. Can you think of any communist country that has raised humanity— individually and collectively—to new heights of liberty and freedom? Russia? China? North Korea? The former east Germany? If communism is so ideal why are so many people so keen to escape? Are people from the West flocking to get into those countries? Why would we think any “great reset” in a communist model would be more successful?

Communism is anti-Christian. But as someone else so elegantly said, “the brotherhood of man needs the Fatherhood of God.” This is why communism will always fail. Without God as our guide, eventually the lives of the most defenceless and vulnerable will become hell on earth.  Except for an elite cadre at the top, everyone becomes part of the ‘great unwashed’ masses.

Now, I am going to switch gears and defend the individual rather than the community in what seems like a contradiction of all I’ve advocated over the years. As I see it, it’s not an ‘either or’ but ‘both and.’  But ‘both and’ what? Both  and God. God must be at the foundations of both. This is the only path to true freedom and liberty.

It is freedom of individuals who understand their responsible to the whole that makes a civilized whole. It comes with the understanding that every human being was endowed with the image of God the night they were conceived; everyone possesses a natural human dignity we must honour and dare not offend or rob from them.  The individual behaves in keeping with God’s love and commands. The state formulates and enacts laws according to God’s law, in what we have come to refer to as ‘Judeo-Christian’ more ethic and cultural ethos.

I suspect that the great reset will be based on images of people at their best when they are in benevolent moods and joining arms for a rousing chorus of Kumbaya—not images of burning buildings and violence in the streets with masked Antifa thugs. It will supress images an abortion’s bloody hands or the victims of “choice,” or euthanizing the sick and disabled. Human benevolence is arbitrary and uncertain. It is based on feelings that can shift in an instant when emotions turn to anger.

The basis of the West civilization’s laws, moral codes, institutions, and mores is Common Law. The foundation of Common Law is Christianity.  Although the current crop of moderns tries to deny the Christian roots of Western civilization, and rewrite, override or expunge Christianity and its influence from the culture, this is new. People of previous generations knew it western civilization is based on Christianity.  In fact, in 1829, Dane Professor of Harvard University, Joseph Story, said: “There never has been a period in which Common Law did not recognize Christianity as laying at its foundation.”[1]  This is what a great reset will try to overthrow. Will it be successful?

For Christians the principles of a great reset will sound lofty and compatible with Christian faith, but its error is putting humanity on top instead of God. That is idolatry. Jesus said:

“‘Love the Lord your God with all your heart and with all your soul and with all your mind.’  This is the first and greatest commandment. And the second is like it: ‘Love your neighbor as yourself.’  All the Law and the Prophets hang on these two commandments.”[2] Christ’s exhortation. It is only by being loved and loving God, that man is capable of truly loving. Christ’s command and Jewish law remains to override unstable human emotions. Earlier in Matthew Christ said, “So in everything, do to others what you would have them do to you, for this sums up the Law and the Prophets.”[3] The basis of this is not reciprocity, rather a love for God, and love as Christ loves us. We treat others as we would want them to treat us—even if they do not treat us as we wish they would. The golden rule.

Posted by Mark Davis Pickup at 8:56 AM