Linkedin says Will Oremus is a technology columnist 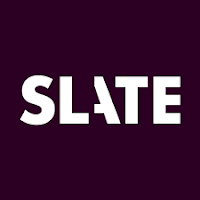 at the liberal online publication Slate. Slate published an article on November 8th 2018 by Oremus entitled No, It's Not OK That Leftists Threatened Tucker Carlson's Family at His D.C. Home. Now I suppose you might be wondering why Slate's technology reporter would be writing about the liberal left's shenanigans that had little or nothing to do with technology? That's fodder for another post.

Oremus gave us his take on the leftist group "Smash Racism D.C." and their descent on Tucker Carlson's home on the night on November 8th. In a scene reminiscent of the Ku Kluz Klan surrounding the house of a black family, about twenty protesters hooligans threatened the Carlsons with Klansmen style intimidation tactics  They rang the doorbell and chanted threats such as "Tucker Carlson, we will fight! We know where you sleep at night!" A thug threw himself against the door. They spray-painted his driveway. Apparently, one woman was heard shouting she wanted to "bring a pipe bomb."

Neither Mr Carlson nor his children were there at the time, but his terrified wife was home and she hid and called the police.

Oremus' disapproved of the behaviour of the mob but went on to say it was "understandable that Antifa activists would feel a desire to make Carlson taste the kind of fear immigrants and minorities often feel in Trump's America." He did not understand why they would actually do what they did? They did what they did because they are Antifa! Thugs. And like the Ku Klux Klan, they hide their faces because they know, in their heart of hearts, what they're doing is immoral.

As a vocal pro-life Christian, I am acquainted with the dirty underbelly of progressive left tactics, but is also fodder for a different post. Let's look at the statement of Oremus that he understood why the Antifa mob would want to "make Carlson taste the kind of fear immigrants and minorities often feel in Trump's America."

Legal immigrants have nothing to fear. Only illegal

immigrants and undocumented migrants should be concerned and with good reason. They snuck into America illegally, in violation of established immigration laws. They have no right of citizenship by simply being in the United States, any more than I would. That is not "Trump's America." It is the long-established sovereignty of America. As far as minority populations go, their problems existed long before the Donald Trump Presidency.


America is a nation of laws. Antifa does not recognize the rule of law. They are anarchists. Antifa is not simply exercising their freedom of speech, they are trying to silence opposing views through threats of violence and intimidation.

Oremus said that "Carlson and his ilk thrive on the perception that liberals are hypocrites, that they lack basic decency." Replace the word 'liberal' with 'progressive left' and Oremus could lump me in with Carlson's ilk. They are hypocrites. They do lack basic decency. I would bet that the progressive left and their ilk (to use Oremus' word) have many of the same faces in groups like 'Smash Racism D.C., Antifa, and rallies supporting abortion. I would imagine many are liberal Democrats. If they do not show up for organized mob events, the progressive left gives discreet winks of approval.

Supporting the violence of abortion is a lack of basic

decency. Claiming to support human rights yet supporting the killing of unborn babies or euthanasia is hypocritical. Expressing one's own freedom of speech, thought and expression yet trying to deny it from others is hypocrisy. Advocating democracy yet obstructing a duly elected President because things did not go the Democratic Party's way in the 2016 election is hypocrisy. It is not democratic. It is actually contempt for democracy.

Terrorizing a family at their home must be decried by all people of good will. It must not be tolerated. The people behind Smash Racism D.C./Antifa must become pariahs in society. As a member of Tucker Carlson's 'ilk', I stand with him and his family and against these thugs and their 'ilk'.

MDP
________________
https://slate.com/news-and-politics/2018/11/tucker-carlson-threatened-antifa-wrong-liberals.html?fbclid=IwAR1Z7dnmyyQieJCmxrFIkr1juMd59QIBCAgYySSBiofQMArCFSy8u17uyik Article
Posted by Mark Davis Pickup at 11:02 AM