Canada and the United States treat abortion on demand as a right. This is a recent development and an aberration from the course of human history.

The Hippocratic Oath for doctors dating back thousands of years forbade abortion and euthanasia. Since the 1st century, the Catholic Church has unwaveringly maintained the moral evil of procured abortion. (See Catechism of the Catholic Church, 2271.) Ancient and persistent Common Law traditions dating back into the Middle Ages treated abortion as a grave crime. In 1802, England formally made abortion a criminal offense.

In May of 1969, Canada changed course from history, and the wisdom of the Ages, by decriminalizing abortion. Abortion advocates assured the public and politicians that a change in the law would not open the flood gates to abortion on demand. They were wrong. The year abortion was decriminalized there were 268 abortions in Canada. The next year, the number rose by four thousand percent to 11,000 abortions! That was 1970. In 1971 the number of abortions in Canada spiked again to 30,949. In 1972, the numbers rose another 25.7 percent to 38,905 abortions. The numbers just kept rising. Things got so bad that by 1982, there were more abortions than live births in the City of Toronto!

I have talked to physicians who practised medicine during that time. They could not remember any request for abortion ever being denied under Canada’s liberal abortion law passed in 1969. As far as they were concerned the law was so bad it may as well not have existed. In 1988, the Supreme Court of Canada struck down that law.

NO PROTECTION
Today, there is no legal protection for unborn children against abortion. A woman can have an abortion at taxpayers’ expense for any reason at all, or no reason whatever. She can have as many abortions as she wants – no questions asked.

Thousands of unwanted preborn children are sacrificed in Canada each week on the altar of sexual freedom for their parents. Close to 100,000 abortions are performed annually in Canada and the vast majority are not medically required. 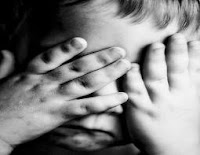 Abortion advocates of the 1960s said that easy access to abortion would eliminate child abuse because only wanted children would be born. They were wrong on that point too. Canada has been aborting children all day long for more than forty years and yet the rates of child abuse have skyrocketed! We have the worst of both worlds. The assertions made by proponents of abortion were not based on empirical scientific evidence ― they were based on ideology and social agendas. Abortion does not stop child abuse, abortion is child abuse!

Is it possible that abortion coarsens people’s consciences and cheapens the value they place on children in general? When the ancient taboo against harming one’s young and vulnerable is violated, does it open the door to other forms of abuse? Once that taboo has been breached against killing the most vulnerable of humanity (like a child developing in the womb) does abuse or killing other vulnerable groups such the aged, the sick or the disabled become easier? 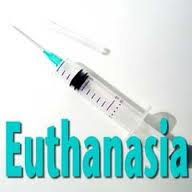 If so, then the stage is set for the next phase in an expanding culture of death we are experiencing: Euthanasia.

Granted, last year a Private Member’s Bill in Parliament to legalize euthanasia and assisted suicide was soundly defeated. But do not think that the threat of euthanasia is over. Incurably ill people are quietly and discreetly being euthanized in hospitals across the nation. Euthanasia proponents are taking a different approach to bring their agenda to Canada. Courts can impose where democratic votes fail.

The British Columbia Civil Liberties Association has launched a legal challenge with the B.C. Supreme Court against Canada’s laws prohibiting assisted suicide and euthanasia. They are representing the family of Kay Carter who went to Switzerland for an assisted suicide and Kelowna resident Gloria Taylor who suffers from Lou Gehrig’s disease. The latter case is strategic because Taylor is not expected to live long. The B.C. Civil Liberties Association wants her case fast-tracked through the courts. There’s more than one way to achieve what advocates of euthanasia and assisted suicide want. If democracy doesn’t work in their favour, they will try to force the issue through the courts.

One thing you have to give to euthanasia advocates -- they are persistent. Abortion and euthanasia are indeed aberrations from the course of history and we are paying a heavy cost. The cost will get higher and, as always, will be paid with human blood.
Posted by Mark Davis Pickup at 1:24 PM