ANOTHER EXAMPLE OF LIBERAL MEDIA BIAS

On May 17th a record setting crowd of 1,400 citizens assembled at the Alberta Legislature (Edmonton, Canada) for the 2012 Alberta March for Life. From the Legislature, they marched through streets of Edmonton (the Capital city) with pro-Life signs, interrupting the flow of traffic, while proclaiming the value of all human life. They protested the wanton killing of 10,000 unborn children annually at Alberta's two abortuaries -- and Alberta hospitals when abortions involve later stage unborn children. The marchers decried euthanasia that is quietly practised in hospitals, and the rising acceptance of assisted suicide.[1]
Shhhh!

There was a virtual blackout in mainstream news coverage. Most Edmontonians who rely on the media to keep them informed would have been ignorant of the large event that occurred. Thankfully, with the advent of the Internet, the traditional liberal press no longer have a strangle hold on mass dissemination of information.

There was some coverage by the online pro-Life news outlet LifeSiteNews. See http://www.lifesitenews.com/news/alberta-march-for-life-breaks-attendance-record?utm_source=LifeSiteNews.com+Daily+Newsletter&utm_campaign=5e516a554d-LifeSiteNews_com_Canada_Headlines_05_22_2012&utm_medium=email 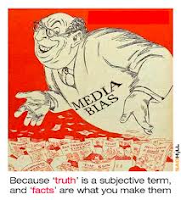 If a dozen people show up at the Alberta Legislature to protest Alberta's oilsands -- it's the lead story on the evening TV news and on the front page of the Edmonton Journal newspaper the next morning.  If five transgenders protest on the steps of the same Legislature because they want their sex change surgery paid for by the government, it gets wall-to-wall news coverage. But well over a thousand people protest the killing of unborn children by abortion or withholding food and water from the terminally or chronically ill ... and there's not a word by the liberal media. Silence. It's as though it did not happen. Shhhh.

The worst case of this sort of media censorship of the pro-Life message that I remember occurred in the early1980s when an estimated 25,000 citizens silently marched past Henry Morgentaler's Toronto abortion clinic, to protest the wanton killing of unborn children at that terrible place.[2] There was a blackout of the story by the media. Such a massive demonstration and it went virtually unreported by the media! Coincidence? I think not. The event was hard to miss -- particularly with press releases that went out beforehand. The censorship by the media was intentional.

Do not think this sort of bias and dishonest journalism is unique to Alberta or Ontario. It goes on in many jurisdictions. Liberal news organizations decide what they report and how they report in an attempt to sway public opinion toward liberal causes.

More than a decade ago, retired CBS reporter Bernard Goldberg wrote a book called Bias: A CBS Insider Exposes How The Media Distorts The News. Goldberg was roundly castigated by his media colleagues for exposing what the public already knew. The media has a liberal bias. The book description on Amazon.com states:


"In 1996, veteran CBS News reporter and producer Bernie Goldberg committed the unpardonable sin of publicly mentioning the issue of liberal bias in the media. For that he became persona non grata at CBS. Goldberg tells how friends and colleagues turned on him, from junior CBS reporters all the way to Dan Rather. But much more than that, he exposes a bias so uniform and overwhelming that it permeates every news story we hear and read- and so entrenched and deep rooted that the networks themselves don't even recognize it."[2]
Show More
Show Less
Nearly 40 years ago, I studied radio and television in college. I would have been failed for some of the antics that pass for news now. Later I worked for the Canadian Broadcasting Corporation CBC). Internally their left-wing politics were obvious and it coloured their news and current affairs. Publicly they would not admit it but it was there. This was particularly blatant when it came to stories related to abortion. When doing a story about this topic they would try to ensure they interviewed the most inarticulate pro-Life people and get the most articulate abortion advocates. (It's called stacking the deck.) I remember on one occasion when an abortion story was in the news, the entire news room broke into a chant "Choice now! Choice now!" I thought to myself, "Is it even possible at the CBC to strive for balance?" On another occasion during the morning story meeting after a new provincial Cabinet was announced, the news producer was looking at the list of new Cabinet ministers and asked "Who is John Oldring?" The news anchor said, "He's an [expletive] pro-lifer! Let's get him!" I was new to the news team and asked, "I thought we supposed to be balanced and unbiased." The producer looked at me like I was from a different planet and mumbled something to this effect with a smirk and a wink to the rest of the people in the meeting. "Oh Yeah, we do that." They went on to try and "get" the pro-Life politician. 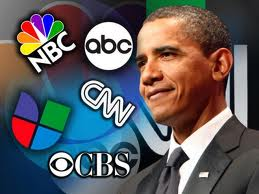 If you think this is all long in the past, watch how CNN, CBS, ABC, NBC and the New York Times cover the the presidential election and the months leading up to the election day in November.