CANADA: LIBERALS ATTACK VULNERABLE LIFE AND EVEN FREEDOM OF OPINION AND THOUGHT

Before I begin this post, I want to clarify that I am not a member of, or loyal to, any political party. If someone was to ask me where I stand of various issues, they would find me to be very conservative on social and life issues and slightly left of center on economic issues and the environment. My loyalties rest entirely with Christ, the sanctity of human life and the Common Good of society. I know most readers of this blog are American, yet this post is geared toward a Canadian audience because of the gravity of recent developments in Canada. American readers please view these developments as a warning about the darker side of human nature and corruption of democracy and free thought.

Yesterday morning I received a startling but not unexpected email from Canada's Euthanasia Prevention Coalition. In part, it read:

"This morning the Québec government re-introduced its euthanasia

bill in the identical form as Bill 52 before the Québec election. The Québec Premier forced the Liberal members to support the introduction of the euthanasia bill. Since there was no opposition to the re-introduction of the bill, it has returned to the stage it was at before the election (second reading stage).

This means that Québec may pass its lethal euthanasia law next week.

Vivre dans la Dignité and the Physicians Alliance have announced that they will legally challenge the euthanasia bill as unconstitutional, if passed."

I suspect the basis for their challenge will be that euthanasia and assisted suicide are federal justice matters covered under Canada's Criminal Code, whereas Québec unilaterally and arbitrarily decided they are health matters which is provincial jurisdiction.

Let me be clear: this should not come as a surprise. The Liberal

behavior of forcing its members to support this action is not unique nor democratic nor does it acknowledge personal conscience. This past February the federal Liberal Party -- counterpart of the provincial Liberals -- adopted a resolution to decriminalize assisted suicide if re-elected to Parliament.[1]


The current federal Liberal Party leader Justin Trudeau recently said that all federal party candidates for Parliament must be pro-choice! (The Official Opposition, the socialist New Democratic Party holds a similar position.) This will, in effect, eliminate practicing Catholics and devout evangelical Christians from running for Parliament as Liberals or NDP.[2]

Catholic and evangelical Christians must not tolerate this! Pastors speak out from your pulpits about this assault against Christians participating freely in the political life of Canada. 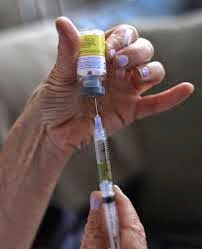 Regarding the Québec euthanasia bill write to your MPs (CC: the Prime Minister and Minister of Justice) demanding a federal appeal against this assault on the sanctity of human life. Write letters to the editor of newspapers, make blog and twitter protests about Québec's euthanasia bill. Expose the federal Liberal resolution to strike down Canada's law against assisted suicide.

Protest Trudeau's announcement that all Liberal candidates must be pro-choice to kill unwanted or inconvenient unborn children. Now their provincial counterparts are about to attack the sick and disabled!

The Liberal Party is not only assaulting vulnerable human life but the foundations of free thought and open democracy.

Mark Davis Pickup
___________________
[1] This is the same federal  Liberal Party that unanimously supported in Parliament the idea of a national suicide prevention strategy. What's the difference? A national suicide prevention strategy would work to protect healthy, able-bodied suicidal Canadians while decriminalizing assisted suicide would kill the dying, sick and disabled.
[2] We must remember that it was the Liberal Party, under Justin's father, Pierre Elliott Trudeau, that brought abortion to Canada in 1969, resulting in the death of millions of unborn babies.
Posted by Mark Davis Pickup at 11:32 AM

Thank you Mark for this clear annunciation of what is happening in Canada.

Thank you Mark for picking this up. Also, Liberal Party leader Justin Trudeau, when asked pointedly on sex-selective abortion, refused to condemn the practice: http://www.sunnewsnetwork.ca/sunnews/politics/archives/2014/05/20140522-193000.html

Please pray for our nation.