(CRDP). Unfortunately it is an inferior yet pervasive document that requires nations to give up their sovereignty in too many areas pertaining to citizens with disabilities. 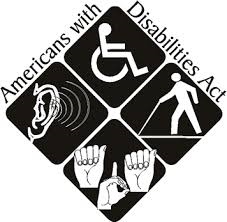 For example, the Americans with Disabilities Act (ADA) sets an exceptional standard for real disability inclusion. It is an extraordinary law that other countries can aspire to imitate, including my country of Canada.  For years I advocated that my government create a “Canadians with Disabilities Act” that mirrored the ADA.  A federal statute like this combined with other federal, provincial and territorial disability legislation and policies is the best way to address needs, protections, and inclusion of disabled populations. A blanket international document like the CRPD is too clumsy and generic to be effective or precise. Unfortunately Canada ratified it in 2010.

Now we have to toe the U.N. line, dutifully submitting our progress reports ― like a child handing in school assignments for approval. I do not want America to make the same mistake! As I stated earlier, not only is the United Nations treaty an inferior and flawed document, it requires ratifying nations to give up too much of their own sovereignty regarding their citizens with disabilities. Nations that ratify the CRDP are legally obligated to implement the treaty’s global legal standards in “civil, political, economic and social spheres”: In other words, EVERY sphere of life. The CRDP legal standard is overseen by the ‘benevolent’ tyranny of a UN bureaucratic committee; it will interpret the treaty and tell ratifying nations what to do. Is this really what America wants?!

The CRDP is carried along with an air of contemptuous

superiority and condescension for member states. Article 4 says that “States Parties undertake to ensure and promote the full realization of all human rights and fundamental freedoms for all persons with disabilities without discrimination of any kind on the basis of disability.” The United States does not need to be told this by the U.N.!  America is the greatest defender of human rights and ‘fundamental freedoms’ in the world.

Once the United States is under the thumb of UN bureaucrats behind the CRDP they can/will declare the U.S. must “take all appropriate measures, including legislation, to modify or abolish existing laws, regulations, customs and practices that constitute discrimination against persons with disabilities.” (Article 4.1.b)  Who will decide what constitutes disability discrimination and which American laws, regulations customs and practices must be modified or abolished? 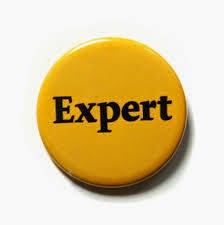 A CRDP compliance committee of ‘experts’ will tell America what she must do to adhere to the treaty’s standards. Once in the CRDP snare, the U.S. cannot re-negotiate the treaty’s provision that will extend its tentacles even down to family levels (see Article 8.1.a). It’s too pervasive!

The United States’ Congress will soon be asked to ratify the U.N.’s Convention on the Rights of Persons with Disabilities. I implore America not to sign it. Your greatness is found within you by ordinary people doing extraordinary things, not imposed from outside bureaucrats.

(A version of this post appeared on 21 September 2014 in the U.S. Congress blog the hill.com for lawmakers and policy professionals, (http://thehill.com/blogs/congress-blog/healthcare/218254-us-should-not-sign-un-disability-convention).

Mark Davis Pickup
[Click on image below or https://www.youtube.com/watch?v=FLMVB0B1_Ts For Aaron Copland's "Fanfare for the Common Man."]