There are 200 million girls missing. Gendercide is prevalent in a number of areas of the world where boys are desired and girls are seen as burdens. They are either killed before birth or just after being born. It is nothing short of a gender holocaust!

By some estimates, each month in India, 50,000 baby girls are killed.[1] Those who are not aborted are suffocated, drowned or thrown in the trash. It must stop, alternatives offered.  Western countries such as the United States, Canada and Britain must pressure countries like India and China to remove financial, government and cultural barriers to adopt their unwanted baby girls and open rapid paths for international adoptions to western families.

I urge American, Canadian and British readers of this blog to ask 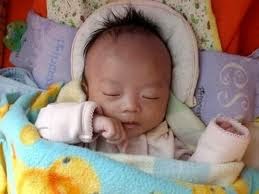 your national politicians to lobby China and India to open wide the doors for timely adoptions of their unwanted baby girls. Keep the adoption process free from corruption or prohibitive expense for adoptive families.

Click on image below or https://www.youtube.com/watch?v=ISme5-9orR0 for trailer of It's a Girl