At the very dawn of human history, God’s perfect love was betrayed. It is impossible to fathom a holy and perfect God’s grief to know that his beloved human creation (a creation bearing His image) willfully disobeyed him and introduced sin and death into the perfection, love and joyful nurture of . When Adam and Eve sinned they not only brought death into the life-affirming Garden of Eden (and the Ages to come), they severed their connection to Joy.  It was a terrible moment of division between humanity and God that would mar the rest of human history. Sin brought death![1] It was not part of the original divine plan that man should die.

In Genesis’ account of the Fall of man, the serpent tempts Adam and Eve to eat of the tree of good and evil.[2]

"Now the serpent was the most cunning of all the animals that the Lord. The serpent asked the woman, ‘Did God really tell you not to eat from any of the trees in the Garden? The woman answered the serpent: “We may eat of the fruit of the trees in the garden; it is only about the fruit of tree in the middle of the garden that God said, ‘You shall not eat it or even touch it, lest you die.’ But the serpent said to the woman: “You will certainly not die! No, God knows well that the moment you eat of it your eyes will be opened and you will be like gods who know what is good and what is bad. The woman saw that the tree was good for food, pleasing to the eye, and desirable for gaining wisdom.  So she took some of its fruit and ate it; and she also gave some to her husband, who was with her, and he ate it.  Then the eyes of both of them were opened, and they realized they were naked; so they sewed fig leaves together and made loincloths for themselves. When they heard the sound of the Lord God moving about in the garden at the breezy time of the day, the man and his wife hid themselves from the Lord God among the trees of the garden.  The Lord then called the man and asked him, ‘Where are  you?’ He answered, ‘I heard you in the garden; but I was afraid, because I was naked, so I hid myself.’ Then he asked, ‘Who told you that you were naked? You have eaten, then, from the tree which I had forbidden you to eat!  The man replied, ‘The woman whom you put here with me—she gave me fruit from the tree, and so I ate it.” The Lord then asked the woman, “Why did you do such a thing?” The woman answered, “The serpent tricked me into it, so I ate it.” (Genesis 3.1-13)

·       The serpent began its temptation by asking a question 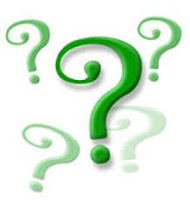 designed to plant seeds of doubt in Eve’s mind: “Did God really tell you not to eat from any of the trees in the Garden?”[3]  Rather than approaching Adam to whom God had given the commandment (before Eve was even created), the serpent poses the question to her.

Isn’t that just like Satan, always pushing the fig leaf!  Satan always tempts us at our weakest point. God put humanity in a perfect Garden with every good thing and everything that is good for food.[4]  God gave Adam a sense of purposeful work in tilling and keeping the garden.[5] Only one tree in the garden was forbidden on pain of death: the tree of knowledge of Good and Evil.[6]  The command not to eat of this tree simply required man’s obedience. Thus God established moral responsibility in man’s relationship with Him. Previously, man’s responsibility was only to be fruitful and multiply and have dominion (not domination) over the earth.[7]

·       Eve’s response to the serpent’s question was a distortion of God’s command. She misquoted God by saying “We may eat of the fruit of the trees in the garden; it is only about the fruit of tree in the middle of the garden that God said, ‘You shall not eat it or even touch it, lest you die.’”[8] God’s command said nothing about touch. That was added by the serpent. The poisonous question and subtle challenge was having its intended effect. The serpent/Satan became bolder.

He lied to Eve. “You certainly will not die!”  It was a direct denial of God’s earlier pronouncement in Genesis 2.17.  He accuses God of having unworthy motives to keep back good things from the couple:

“No, God knows well that the moment you eat of it your eyes will be opened and you will be like Gods who know what is good and what is bad.”

·       As with most sin, the promise was is greater than what was actually delivered.  Not only was the forbidden fruit tantalizing as food but it promised so much more: wisdom and self-exaltation.  Could the serpent’s words possibly be true?  Would her eyes really be opened to something she was missing?  Why couldn’t she enjoy it?!  She gazed at the tree with desire.  Such beauty and allure! With that empty promise still ringing in her ears — “you will be like gods” ─ she reached out and took the fruit, gave some to Adam, and they both ate it.  Indeed their eyes were opened but not to wisdom and elevation to godhead. Their eyes were opened to the poverty of their nakedness!  Eve was no godess; Adam was no god.  The infernal serpent’s promise was worse than empty. It was a trap! Mankind’s childlike innocence was gone; the ‘wisdom’ of knowing good and evil did not give them glory, only shame and fear!

Although the Scriptural account does not speak of it, another casualty at that moment must have been their continual and ready access to Joy.  How could Joy not vanish? Man was separated from God by sin and he was going to die.

The Garden that was once a paradise of joy and intimate fellowship between man and God became a place of fear and hiding from God’s presence.  Surely the omnipotent God knew what happened, yet he did not hunt down the wayward couple. Instead the Bible tells us God went walking in the garden in the cool of the day calling out to Adam, “Where are you?” (3.8-9.) God did not confront the couple directly with their disobedience; instead He allowed them an opportunity to take ownership of their sin. God asked if they had eaten of the one fruit they were commanded to leave alone in a garden filled with other delectable food. Their response was typically human: shift the blame and responsibility for their sin.

Adam’s initial response was to blame God and then Eve—put the blame anywhere but at his own feet: “The woman whom you put here with me—she gave me fruit from the tree, and so I ate it.”[9] [emphasis added.] I can relate to this, so much of my life has been spent shifting responsibility for my own sin.

Eve’s response was to say she was deceived by the serpent, and so she was. Adam willfully disobeyed God’s command.  Nonetheless, they chose to sin and sin always destroys. It has the effect of driving a wedge between God and humans, or nations, or between a man and other people, or even between a man and himself.

Protoevangelium and the Divine Vine.

Even in the catastrophe of the immediate situation of sin driving a wedge between humanity and a holy and perfect God, we see God’s love displayed.  Although the couple was severely punished, we should note that neither Adam nor Eve were cursed by God. (That distinction was reserved only for the serpent.) God made provision to bring those he created in his image back to him. This is alluded to in God’s comment to the serpent in Genesis 3:15: “I will put enmity between you and the woman, and between your offspring and hers; He will strike at your head, while you strike at his heel.”

Biblical scholars have often referred to this verse as the 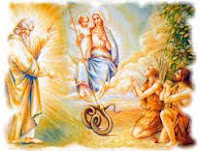 Because “the Son of God appeared that he might destroy the works of the devil” (1Jn 3,8), the passage can be understood as the first promise of a redeemer for fallen mankind. The woman’s offspring then is primarily Jesus Christ. [10]

My copy of Thomas Nelson computer Bible reference program quotes a number of Bible Commentaries that refer to Christ in Genesis 3:15.[11]  For instance, it cites, Matthew Henry’s Commentary on the Whole Bible:

"A gracious promise is here made of Christ, as the deliverer of fallen man from the power of Satan. …Here was the dawning of the gospel day. No sooner was the wound given than the remedy was provided and revealed. Here, in the head of the book, as the word is (Heb. 10:7), in the beginning of the Bible, it is written of Christ, that he should do the will of God."
[12]
Nelson’s New Illustrated Bible Commentary says:

"The woman’s Seed would crush the Devil’s head, a mortal wound spelling utter defeat. This wound was administered at when the Savior decisively triumphed over the Devil. Satan, in turn, would bruise the Messiah’s heel. The heel wound here speaks of suffering and even of physical death, but not of ultimate defeat. So Christ suffered on the cross, and even died, but He arose from the dead, victorious over sin, hell, and Satan. The fact that He is called the woman’s Seed may contain a suggestion of His virgin birth. Note the kindness of God in promising the Messiah before pronouncing sentence in the following verses."  [14]

Indeed, even in punishment we detect God’s love.  In his providence God planned a way to graft the sin-severed branches back to himself through His Son (the divine Vine). 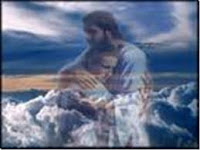 My own life-journey has been marked by great blessing and love, as well as great sin, rebellion, sorrow and disobedience. Still, God has not forsaken me -- a prodigal son.  As I draw nearer the end of my life, God sends vivid visitations of joy, reminiscent of my life’s beginning.