Mollie Hemmingway is senior editor of the Federalist, an American online magazine covering culture, politics and religion. She writes on her Twitter profile "I don't share your groupthink and it's unlikely I will be bullied into sharing it. Have a good day." That's my kinda person! We need some Mollie Hemmingways north of the 49th. 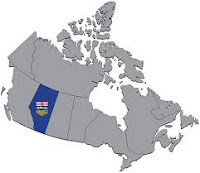 In Canada, liberal groupthink reigns supreme. In my province of Alberta, those who do not align themselves with groupthink -- or dare to publicly state opposing views -- are quickly shouted down or bullied until they embrace it (or at least shut up). If they do neither, they may be punished, depending of the wind direction of groupthink. If the violation of groupthink is too egregious for progressives' sensibilities, offenders may even be hauled before a human rights tribunal and/or vilified by the media. Offenders will be shunned. (I've been disabled and pro-Life for most of my adult life; I'm not sure I would notice.)

Canadian liberal elites in power, or authority, or quasi-academe, and their liberal media lapdogs, maintain that they prize diversity. They do not. They value homogeneity of views in line with their groupthink. Liberal elites within groupthink will trample established human rights to get that uniformity of views. The liberal social order must be adjusted to fit liberal groupthink. Long-established human rights be damned!

Alberta's anti-Christian minister of education, David Eggen, is trying to force Catholic schools -- and other Christian schools -- to include lesbian-gay-bisexual-transgender-queer (LGBTQ) sex education in their health programs. Homosexuality is against centuries of Catholic teaching. The Catechism of the Catholic Church teaches that "homosexual acts are intrinsically disordered. ... They are contrary to natural law. ... Under no circumstances can they be approved."[1]  But it doesn't stop there, it continues in a compassionate pastoral context:

"The number of men and women who have deep-seated homosexual tendencies is not negligible. This inclination, which is objectively disordered, constitutes for most of them a trial. They must be accepted with respect, compassion, and sensitivity. Every sign of unjust discrimination in their regard should be avoided. These persons are called to fulfill God's will in their lives and, if they are Christians, to unite to the sacrifice of the Lord's Cross the difficulties they may encounter from their condition."[2] 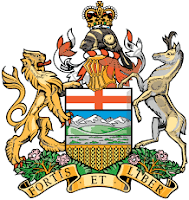 back to the inception of the province, it is guaranteed dating back to the inception of the nation![3] If diversity was really valued and respected -- as the government of Alberta continually claims -- they would have to accept Catholic education based on Catholic teaching and morals regardless of how distasteful it may be to the government and their progressives. The test of diversity is allowing and encouraging diverse views and beliefs, even those of which one disagrees.  After all, the word diversity comes from the word diverse.

diverse adj. Unlike in nature or qualities (Oxford Canadian Dictionary)

But diversity is not what the socialist government of Alberta has in mind. They say diversity but they mean homogeneity. All opposing views must be suppressed. By imposing his anti-Catholic agenda on the Catholic school system, education minister David Eggen and his ideologues at the department of education, also violate the

Canadian Charter of Rights and Freedoms. It guarantees "Everyone has the right to freedom of conscience and religion, the freedom of thought, belief, opinion and expression ...." You will find this in Section 2 under the title FUNDAMENTAL RIGHTS.

As long as I'm citing human rights, let me also state that what education minister David Eggen is doing contradicts the spirit and letter of the United Nations Universal Declaration of Human Rights. It declares "Parents have a prior right to choose the kind of education that will be given to their children."[5] Canada signed that Declaration. Notice that the United Nations recognized that parents even had this human right prior to the Declaration. It was, and remains, an original right (but not if the social government of Alberta has its way!)

The secular press have begun their assault on the Catholic school system and its opposition to the new health curriculum. The

Catholic school trustees in Alberta presented an alternative health curriculum. The main newspaper in the Alberta's capital city of Edmonton is the Edmonton Journal. Recently, a story appeared under the title of "Catholic school districts want their own sex-education curriculum".[4] Well, Duh! Reporter Janet French wrote:

It would be "problematic" is putting it mildly. It is a direct attack on Catholic teaching. Think about it. Alberta's new sex education curriculum includes the underlined sentences above and below) for K-12 students. (What does the K mean?)

They are not possible contrary curriculum outcomes, they are contrary to Catholic teaching. What is being consented to and what is being encompassed? For example, it is legal in Canada for 16 year olds to consent to sex, and its legal for 14-15 years to consent as long as their sexual partner is less than 5 years older than them. It's even legal for 12-13 year olds to consent to sex as long as its among themselves or the partner is less than two years older than them.[6] Is that the sort of consent the new curriculum teaches? Catholic education would have a huge problem teaching that sort of consent. Because something is legal does not make it right and children having sex with children is wrong regardless of what is legal. Catholic education would not teach it. Does reproductive aid technologies include abortion as a positive reproductive aid? Abortion has been forbidden by the Catholic church dating back to the 1st century. If it is presented it must be utterly condemned.

"It [the Catholic superintendents document] says schools are "unable to teach any outcome requiring promotion of homosexual relationships," and would promote a life of chastity and virtues as a "positive choice" for people who experience same-sex attraction."

The words of the Superintendents are consistent with Catholic education and values (remember those pesky constitution guarantees). Quasi-Academe was aghast! University of Alberta professor of gender studies Christina Stacia was "intellectually horrified". She said that 'their' perspective "glamorizes marriage." (I presume she meant Catholic school superintendents or Catholicism itself) No, Christina. Catholic teaching is not the least bit concerned about glamour in marriage. We are concerned about the sanctity of marriage. Marriage is one of seven solemn sacraments in Catholicism. It is a holy union between a man and woman. The EJ article quotes University of Calgary professor of masculinity studies, Michael Kehler, as saying the superintendents' document is naive, marginalizing and antithetical to how public education should be. He went on to proclaim that it establishes a dichotomy between the "right" choices and "bad" ones. Well, first of all Michael, we are talking about Catholic education system not the public education system. Secondly Michael -- now prepare for a shock -- Catholic teaching does teach there are right decisions and bad decisions not only physically, but emotional and spiritually. They have for centuries! That's why the Catholic church is here. To point people in the right direction. We believe there are right decisions and choices and wrong decisions and choices.

“I’m deeply concerned to see it suggested that providing Alberta students with accurate information on these important topics is ‘problematic,’ or that there’s something wrong with being gay.  I can assure Albertans that, under our government, any curriculum changes will be inclusive of all students — no matter their gender identity or sexual orientation.”

For the sake of being inclusive for a small minority of people, the tyrant is willing to alienate hundreds of thousands of Alberta Catholics (24.3%) of its population.[7] That is not valuing diversity. It is a very selective way of being inclusive.

A local columnist wrote a column under the title "Paula Simons: Catholic sex-education proposal puts church, NDP on collision course: Two ethical codes, two world views in a head-on collision that may lead to a constitutional crisis." I hope she's right and it leads to a constitutional crisis. Catholics need to know whether or if they fit into 21st century Alberta. I need to know if historic constitutional guarantees are still honoured. I need to know Canada's Charter of Rights and Freedoms gives the protections and rights it claims to give Canadians, or if it is a sham.

Someone may respond by saying the constitutional guarantees for Catholic education are old and outdated going back 150 years. Granted, but they still must be honoured just like treaty rights for Canada's indigenous peoples must still be honoured.

Within Alberta's cultural, religious and secular mosaic, there must be room for everyone. Are there good education options for LGBTQ students? Absolutely! The public school system. Is there a good school system for Catholics? Absolutely! The Catholic School system. Other Christian school options are also available. Muslims have educational options such as the the Muslim Association of Canada's Islamic School, the Edmonton Islamic Academy, and the Calgary Islamic School come readily to mind. It provides parental choice. They must not be forced to compromise their faith and traditions.

There is room for everyone without forcing them to change. People have a right of educational choice; but choice means options from which to choose.

But that's not what David Eggen and his minions at the department of education want. Diversity and inclusion are simply words used as euphemisms for something else: They demand homogeneity. Sameness. Alignment to certain ideologies that match their thinking and world-view.

You see, for the new Alberta NDP socialist government's new rights and agendas are more important than legally guaranteed constitutional rights, dating back to the beginning of the province and nation. Their diversity is a selective diversity and does not include respecting Catholic education.

Yes, I hope this clash between the Catholic church and the NDP does lead to a constitutional crisis. We need to know if historic laws, the Canadian Charter of Rights and Freedoms, and educational rights of the UN Declaration of Human Rights are respected in Alberta. I need to know how anti-Catholic my provincial government and whether they will persecute us. It does not look promising. In a frenzy of hateful anti-Catholic hysteria, Alberta's Premier Rachel Notley actually referenced to a hateful lie that Catholics teach spousal rape.[8]

She picked the word consent from the superintendents document and came to the wild conclusion Catholic educations supports spouse rape. They did nothing of the sort and I want the premier to show Albertans any place in the document when she found such a preposterous statement. Search high and low for it Rachel, you won't find it. It's not there. If anything, Catholic education teaches the exact opposite.

Premier Rachel Notley owes Alberta's Catholic schools and Catholic Albertans a sincere and deep apology. We won't get it. I don't think she does apologies (and definitely not to Catholics).

Welcome to Alberta, Canada, under socialist rule, a land of anti-Catholic bigotry and hateful tyranny.