WHO IS THE MOST PRO-LIFE PRESIDENT? 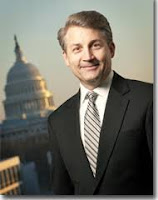 Ronald Reagan is often touted as America’s pro-life president. The man and his legacy are revered by many in the nation. Pro-life candidates have often compared their political philosophy to that of the “Great Communicator.”
As beloved as President Reagan is, his legacy regarding unborn babies has been In spite of the great enthusiasm many of us have for the “Gipper,” another president has exceeded Reagan’s presidential accomplishments for America’s unborn babies.Those who know me well are aware of my passion for all things Reagan. I have over 50 books on him, his family and his administration. My wife and I have made several “pilgrimages” to the Ronald Reagan Presidential Library in Simi Valley, CA. I even have a bust of Ronald Reagan in my office, having gotten the idea from then-Congressman Mike Pence who I interviewed for our TV program, Facing Life Head-On called Pro-Life Superstars. He had one in his office that was strategically placed between us during the interview.
.

President Donald Trump has already done more to protect preborn children during his approximate eight months in office than President Reagan did in eight years.
Ronald Reagan is credited with elevating the credibility and legitimacy of the pro-life movement during the 1980s, which was instrumental to our successes today.
He was the first sitting president to write a book while in office, and the title was Abortion and the Conscience of a Nation. He was also the first president to address, by phone, the annual March for Life in Washington, DC.
Sadly, it was President Reagan who nominated Sandra Day O’Connor to the U.S. Supreme Court in the face of evidence that she was pro-abortion. Justice O’Connor proved true to her reputation while serving on the Court.

Just three days after taking office, the President didn’t merely reinstate the Mexico City Policy, he widely expanded it. This new policy ensures that our tax dollars are protected from funding the abortion industry overseas across all global health spending, not just family planning. The Bush-era Mexico City Policy protected roughly $500 million in spending. The new Trump policy prevents over $8.8 billion overseas aide from funding abortion.In the relatively short time that Mr. Trump has been in office, he has not only honored his commitments to America’s unborn babies — he has exceeded them!
The President fulfilled another campaign pledge by defunding the United Nations Population Fund, which has long been complicit in China’s brutal population control activities, including limiting births and forced abortions. President Trump’s State Department prevented about $33 million per year from going to the UNFPA.
The President signed a law permitting states to defund Planned Parenthood of Title X funding. It reverses an Obama-era rule that disbarred states from doing so. Because this was passed using the Congressional Review Act, future administrations cannot enact a similar rule to Obama’s.
The departments of HHS, Treasury and Labor issued two interim final rules, which means they took effect immediately, that provide permanent, enforceable relief from the previous HHS mandate for both religious objectors, such as Little Sisters of the Poor, and moral objectors, such as Life Issues Institute. The new rule also exempts private employers and educational institutions that have sincerely held religious beliefs or moral objections against providing abortifacient drugs.President Trump has honored his campaign pledge to appoint pro-life, constitutional judges. 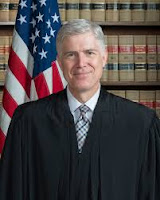 While US Supreme Court Justice Neil Gorsuch has yet to prove his muster, all indications are that he is a younger version of the late Justice Antonin Scalia. In addition, four Trump judicial nominees have been confirmed to the US Court of Appeals and two have been confirmed to the district court. There are 50 more nominees (13 for Appeals, 37 for District) that are moving through the Senate.
Candidate Donald Trump may not have been your first choice in the presidential primary, and as president, his bombastic approach at times may be an affront to your sensibilities, but he has done an outstanding job advocating for our most vulnerable citizens — unborn babies.
A few short years ago, few among us imagined that Donald Trump would be the avenue for such positive and dramatic change for our nation. But regardless of our personal feelings about the man, he has stepped up to the plate and hit these balls out of the park.
Posted by Mark Davis Pickup at 11:46 AM