WITHOUT LOVE, THERE IS NO ULTIMATE MEANING OR PURPOSE

"Why love, if losing hurts so much? I have no answers anymore, only the life I have lived.  Twice in that life I have been given the choice: as a boy, and as a man. The boy chose safety. The man chose suffering. The pain now is part of the happiness then. That's the deal." — C.S. Lewis, Shadowlands movie (1993)

In 1993, a movie came out about the love and marriage of C.S. Lewis and Joy Davidson, under the title Shadowlands. Sir Anthony Hopkins played the role of Lewis and Debra Winger starred as Joy Davidson. I enjoyed the movie very much. Some critics said that the movie lacked focus on the towering literary and Christian contributions of C.S. Lewis to the world. Okay.

But the question remains: "Why love, if losing hurts so much?" My answer is this: Because it is the only thing really worth having or pursuing. Like the the line in the movie, I have only the life I have lived. That life has been marked by dissipation, mortification, introspection, confession, redemption, divine intervention, prayerful meditation, internal revelation and spiritual adoption. 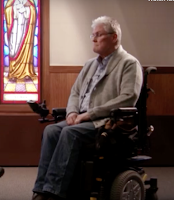 At the foundation of my life I have found God's love. In my sin and selfishness, my disease and paralysis, I found suffering. It was all changed by love (human and divine).
I'm a deeply flawed man: I have grieved and caused grief, betrayed and been betrayed, mocked and been mocked, cursed and been cursed, ignored and been ignored, hurt and been hurt, forgiven and been forgiven.
It is in forgiveness—both giving and receiving it—that the sun breaks through the clouds; more importantly, the Son breaks through the clouds. I have only the life I have lived. Without love it would not have made sense. It would been without purpose or meaning. Purpose and meaning. Without it, people lose hope. Without hope, death can seem preferable to life.

Near where I live, people have died needlessly. The man in the house across the street committed suicide. A neighbour's son overdosed, another died of alcoholism, another essentially gave up on life. Someone else I know recently attempted suicide. Fortunately, she was unsuccessful.

You can blame the isolation people experienced through COVID lockdowns, or the way social order seems to be collapsing around us. Both of those things are true, but they miss the central point of why people are in such despair. People need God in their lives through His Son Jesus Christ.[1]

Somebody may howl in protest and indignation at this assertion. I believe it with all my heart! It has been the truth of my life and the life I have lived. I have not been dissuaded from this by multiple sclerosis or cancer, serious disability or extensive paralysis, rejection, loss, disappointment with life or clinical depression. The light of the Son has shone through the darkest of clouds. Tears of sorrow and tears of joys flowed together simultaneously.[2] It is Christ's love that has prevailed. 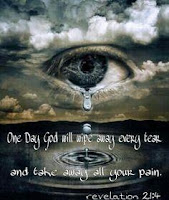 Why love if losing hurts so much? Because through love of, and for Christ , the sorrows of this world will be no more,[3] God Himself will wipe away every tear we have shed, our grief will turn to eternal joy.[4] The only thing worth having is His love.