A MORAL IMPERATIVE FOR LIBERTY AND FREEDOM OF UKRAINE 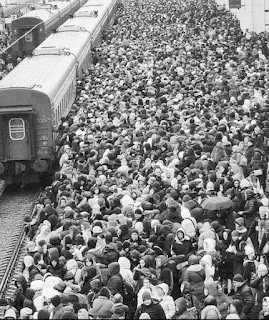 Sirs: It is time for your most decisive and dramatic action of your presidency and as prime ministers. You must immediately send air-support to assist Ukraine’s air force to establish a no-fly zone.  Defence of human liberty and freedom beg for your response.

The free world must no longer watch the mass killing of Ukraine’s civilians and destruction of its cities. For the sake of human liberty, dignity and freedom, America, Britain and Canada cannot— and must not —watch the overthrow of Ukraine’s republic by the jackboots and iron fist of communist Russia and brutal subjugation of its people.

Have we not learned from history? The only difference now is that a Swastika has been replaced by a hammer and sickle!

We are called by our collective humanity to do unto others as we would wish them to do for us if we were in their position. Ancient wisdom resonates across the ages. The United States, Canada and Britain must go to the military aid of Ukraine to enforce a no-fly zone, just as President Zelensky has begged the world for. Let us rise to help Ukraine in their hour of need. Set aside political differences and help Ukraine to enforce a no-fly zone for the sake of their republic, its people, its fleeing refugees, and posterity.