The article below was originally posted on the
HumanLifeMatters blog three years ago.
__________ 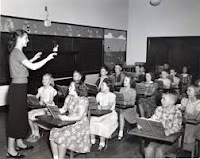 two World Wars. We Canadian children stood tight-lipped and gazed at the Red Ensign flag at the front of the classroom. Every creak, children shuffling, even slight noises from the school’s ventilation system became magnified during our solemn silence. It happened every November 11th. We were told to remember.

But how could we “remember” when the last World War ended eight years before most of us were born?

As an elementary school student during the early 1960s, I gave the brief ceremony all the respect I could muster in my small mind. I knew something terrible had happened. My father was a veteran of the Second World War. He occasionally told me about the desperate struggle that occurred during 1939-1945 against the Nazis.

British Prime Minister Winston Churchill had summed up the stakes in his 1940 address to the government and the British people about what became known as the Battle of Britain:

“I expect the Battle of Britain is about to begin. Upon this battle depends the survival of Christian civilization. ... If we can stand up to him, [Adolf Hitler] all Europe may be free and the life of the world may move forward into broad, sunlit uplands. But if we fail, then the whole world, including the United States, including all that we have known and cared for, will sink into the abyss of a new Dark Age, made more sinister, and perhaps more protracted by the lights of perverted science.”

These words conveyed the desperate hour in which they were spoken. We can tell that there was a Christian civilization that was threatened. I can find no record of howls of protest in the British House of Commons decrying Churchill’s assertion that western civilization was Christian. It was. And my father’s generation was prepared to put everything on the line – even their lives – to defend it. In fact, 400,000 American, 326,000 British and more than 43,000 Canadian soldiers did just that. Such a terrible sacrifice!

The baby-boomer generation that immediately followed the War years are largely responsible for what the Third Reich could not do through armed conflict. I am told that much of Europe has forsaken Christianity, their great cathedrals sit empty. Large portions of European populations no longer seem to care for the things of God. 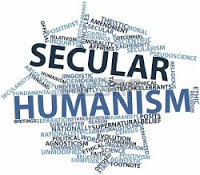 The poison of liberal secularism is changing America and Canada too.  We have gone from being Christian countries to being anti-Christian. The new liberal establishment in government and the media and secularists are even trying to revise history by saying we never were Christian.  The “broad sunlit uplands” we inherited at such a great cost are marred by threatening storm clouds of a new Dark Age of steely secularism. We are sinking into its abyss.  What’s shocking is the new Dark Age looks remarkably similar to Winston Churchill’s prediction. The old man was right!

We have our own holocaust of rampant abortion that has claimed millions more lives than the Nazi holocaust against the Jews. Euthanasia against the sick and disabled is being practised. The perverted science like cloning and embryonic stem cell research is upon us ― and some of it is even funded by governments we elect!

Any semblance of a previous Judeo-Christian moral consensus that guided previous generations is all but gone and western civilization is being left to drift in relativism and vague but dangerous shifting ground of unfettered personal license.

Institutions previously held dear and cherished (like marriage) are being redefined, disassembled or abandoned.

We should not be surprised. This is what happens when people and nations abandon God. That’s the bad news; the good news is that there are still people, within the wayward culture, who have not forsaken Christ or Christian morality.  It is up to those people to strengthen the things that remain and reclaim that which has been lost.

This is a darkening time when faithful Christians are called to hold up the light of Christ and point the way back to a culture that has lost its Christian moorings.  Do not lose heart when people who prefer darkness speak ill of you. They spoke ill of Christ too. Great is your reward in heaven.
Posted by Mark Davis Pickup at 9:45 AM