In the years after the devastating Haiti earthquake of 2010, 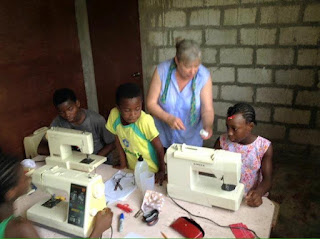 many appeals were made to the world for essential things like clothing; clothes were given. The pleas kept coming; so in 2013, my wife, LaRee, packed 5 sewing machines on a plane and flew to a Haitian orphanage. She taught the older children to sew and left the sewing machines there. (My wife is a maternalistic sort of woman with an immensely practical orientation.) LaRee ascribes to the view that giving people a hand up is better than just giving them a handout. LaRee is a grandmother with an older school of thought rooted in practicality and resourcefulness. Decades before it was fashionable, she repaired and patched clothing, and reused fabric in what might be called “re-purposing” or “retro” today. She simply calls it frugality, and not being wasteful.

Before anything meaningful can be done for sustainability, Haiti’s chaos, rampant violence and societal disintegration must be brought under control and stopped. Haiti needs the expertise and assistance of businesspeople and their “know how.” Haiti needs community development from the ground up. Farmers need to be supported, Their farming techniques must be updated and modernized. That will take the form of on-the-ground agricultural expertise to help farmers and farm families. Corporate investments must play a role in Haiti’s economy. The UN, other nations, international and private foundations and philanthropists have a role to play.

This has been done before in other places. Twenty-five years 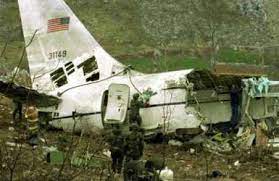 ago, U.S. Secretary of Commerce Ron Brown took a delegation of business executives to former Yugoslavia to explore possible business opportunities that might re-build the war-torn region and make a meaningful difference in the Balkans. Unfortunately, the delegation of 34 died in a plane crash in Dubrovnick, Croatia. But it did not stop the rebuilding and America played a significant role.

Throughout his presidency, I corresponded with Bill Clinton on a number of occasions, usually about disability issues and public policy supporting the Americans with Disabilities Act. In a much wider context, I also encouraged the president’s administration in its efforts to rebuild the Balkans and create an economy where free enterprise could flourish and people thrive.  (I believe that the sanctity of human life and being pro-life is also concerned with how people live to reach their full potential.) After his Secretary Brown’s untimely death, I sent a letter of condolence to the President. He responded by saying, in part:

“Dear Mark: Thank you for your heartfelt message of condolence on the death of Secretary of Commerce Ron Brown and the 34 people who accompanied him on his mission in support of peace. … Ron Brown knew the meaning of the American Dream and, as a member of my Cabinet, fought to secure it for everyone willing to work for it and believe in themselves. He and his colleagues lost their lives in their quest to bring the benefits of economic renewal to the Balkans and to strengthen the peace. …”

We can take the sentiments expressed by Bill Clinton and apply them to Haiti. Haiti needs someone to ignite a spark of a Haitian Dream that brings hope to Haiti’s people. They need to believe they can succeed. They need to embrace a vision that they can honestly achieve their dreams of prosperity, and better their communities, if they only believe in themselves.

There is a Biblical proverb that says, “Where there is no vision, the people perish.”[2] It is not a vision seen with the eyes, rather the heart—that internal place where dreams are born. Remember the words of the fox to the Little Prince: “And now here is my secret, a very simple secret: It is only with the heart that one can see rightly; what is essential is invisible to the eye.”[3] 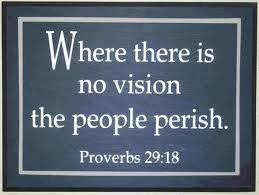 without hope. They have no vision. That needs to change. It can
change! Creating an environment that is conducive to economy renewal, encourages investment, restores law and order, supports local businesses and farming, and, most importantly, brings Christian hope to the people that only Jesus Christ offers.

Imagine that dreams really can come true, then make it happen. Theodore Roosevelt once said “Believe and you’re half the way there.”