THE PEWS ARE EMPTY! 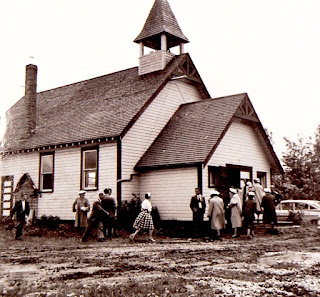 I remember when the cultural madness became apparent to me, at least to my boy's mind. It was the early 1960s. My vague early memory of the 1950s was a world still deeply influenced by western Christian civilization with its morals, culture and mores. Life made sense and had order.

Not everyone was Christian or even attended church. But you would have been hard-pressed, for instance, to find someone who did not know the ten commandments. They may not have followed them, but they knew they ought to. I remember when people were not afraid to walk alone at night on city streets, when people did not lock the doors of their houses or cars. More people told the truth than lied. I remember people whose word was their bond, and a handshake was as binding as any written contract. It’s hard to believe things were that way but they were. I remember it. 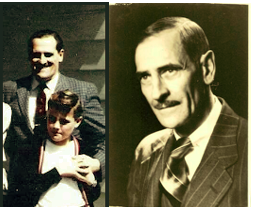 At a personal level, I was surrounded scholarly, ordered conservative men of manly good natures, like my father and grandfather. My grandfather's world was made up of music, tweed, a living room with overstuffed brocade chairs and sofa, and an ancient faded Persian rug.  A mantle clock sat on his fireplace. Its gentle steady ticking marked the hours, days, months, years, and decades dating back the early 20th century. His house smelled of coffee, old books, and pipe tobacco.  I loved being there.

In today’s world of the 21st century, men like my father and grandfather would be reviled and scorned as patriarchy.  It must have rubbed off on me—recently I was called “a patriarchal piece of S...t.” (I rather like the title.) The word ‘patriarchy’ is a dirty word now, but not to me. It evokes dear memories of security, family, Christian moral order, honesty, and decency.

My father encouraged young people of both genders to rise to their full potential.  In fact, after his death in 1970, a Junior high school was named in his honour because of his love for education. But none of that fits into the mentality of 21st century moderns, the woke crowd, cancel culture, or ideologues of alternate gender fiction. (I’ve lost count of how many genders we are supposed to believe exist.) They cancel the memory of such men.  After all, men like my father were white straight men. They had “white privilege” despite being raised in the Great Depression of 1930-1940, then fighting a world war that claimed between 22-30 million military lives—and the same estimated number of civilian deaths.[1] 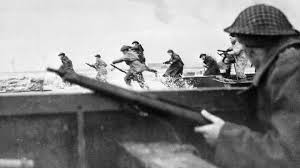 They defeated the Nazis! Some white privilege! If my father’s and grandfather's generations were still alive, moderns would call them Nazis—but then the vocabulary moderns tends to be limited. They call anyone they disagree with a Nazi. Of course those who level the white privilege and Nazi accusations didn’t experience any of that history. They prefer to alter and rewrite history to suit their own agendas and worldviews.

My father lived just long enough to see the beginnings of the 60s liberal church take root and abandon absolute truth for relative truth. They renounced the ancient tried-and-true Christian moral code for an experiment in social reconstruction of society. The stupidly audacious 1960s. My dad was a member of the United Church of Canada. It was, at one time, the largest Canadian Protestant denomination (or so they claimed). The 1960s saw a falling away from sound doctrine and Biblical truth. The early shifts were small—so small my father felt petty even mentioning them. But as surely as night follows day, one slight deviation after another, the falling away from Biblical truth became more and more apparent until: The Virgin birth was denied, the miracles denied, the validity and authority of the Bible was questioned, even the bodily resurrection of our Lord was denied with attempts to explain it away (remember the ridiculous 'swoon theory'?). By the time my father challenged the falling away, it was too late. A few years before he died, he said that one morning he woke up to realize he had nothing in common with his church anymore. When he challenged the church leadership’s direction, they invited him to leave (a fine display of liberal tolerance and accommodation). My father spent the last few years of his life at a local Anglican church that had an evangelical vicar. 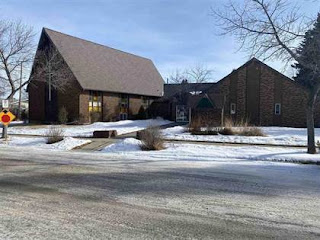 Today the United Church of Canada is dead—a hollow shell of its former self. The local United Church where my father was a member—and was invited to leave in 1966—is now permanently closed. It died a slow death one empty pew after another until the last task of the minister was to turn out the lights and turn off the power. The closed church stands as a dismal monument to the failure of liberal compromise and accommodation of the culture.

When denominations succumb to liberalism’s superficial allure, or "progressive Christianity," their people become starved of Biblical truth and the moving of the Holy spirit. Pews begin to empty.

People don’t need more liberal blather and soft soap. They get enough of that from the media, governments, schools, tenured university professors and the entertainment industry. People do not need comforted consciences, they need conviction. In every heart-of-hearts, people know their own inner darkness; it only grows deeper the further they drift from God’s Truth, holiness, and divine love that has beckoned them since their earliest memory. They need the blazing light of Christ's objective truth, not relative truth. Objective truth convicts human hearts; it is the source of true healing and peace. Jesus said “I am the way, the truth and the life. No one comes to the Father except through me.” (John 14.6) There are not many ways to God, there is only one way and Jesus Christ is it. Either that or Christ lied. Should I believe Him and His unchanging Truth or the ambient culture of uncertain brutal progressivism and fluid political correctness? 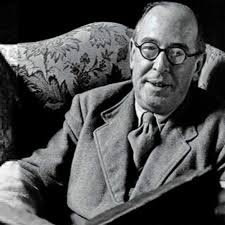 In his penetrating book Mere Christianity, (an important part of my own Christian conversion), C.S. Lewis said, “If you look for truth, you may find comfort in the end; if you look for comfort you will not get either comfort or truth only soft soap and wishful thinking to begin, and in the end, despair.”

That is why I became a Christian more than forty years ago. I was a liberal, and ever so progressive. Ultimately, I only found regress in liberal progress. Relative truth that started with comfort and comfortableness eventually broke my heart in despair.

Christ’s truth gave me comfort despite terrible storms of neurological dysfunction of MS, and then cancer. He has been with me throughout it all. Don’t give me the gooey fat of liberalism. I need the solid meat of Biblical truth to rely upon and the Holy Spirit to guide me.

[1] History on the Net, How Many People Died In World War 2, https://www.historyonthenet.com/how-many-people-died-in-world-war-2