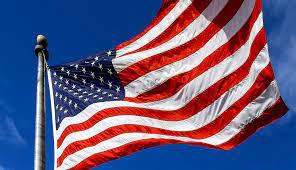 I never thought I would live to see the day Roe v Wade was overturned by the U.S. Supreme Court. It seemed that the terrible and aberrant decision of 1973 was so entrenched that It could not be rooted out like an ugly noxious weed. Roe paved the way for a deadly 50-year holocaust of killing the youngest members of the human family—in unfathomable numbers. Who can get their head around 63,000,000 children slaughtered in utero? On 24 June 2022 it happened! Roe v Wade was aborted by the Supreme Court and I’m still here! What a remarkable life-affirming day it was for America!

The 5 courageous Justices who turned the course of American history were Justices Samuel A Alito Jr., Amy Coney Barrett, Brett Kavanaugh, Neil M. Gorsuch, and Clarence Thomas. They righted a terrible judicial wrong that deeply compromised the character of the greatest nation on earth for close to 50 years. They knew they would set off a firestorm of outraged shrill howlings by abortion supporters, a biased media in their favour and liberal politicians. The three remaining justices on the Supreme Court cried that the sky is falling! They warned that now Roe v Wade is overturned, terrible things will follow: What will the magnificent five overthrow next? They don’t succumb to the usual protests, threats or intimidation tactics of the left!

Actually, now that Roe is in the trash bin of history, a new and brighter tomorrow awaits. My pro-life American neighbours can take new opportunities to cultivate a culture of love and inclusion for all human life, from womb to tomb, and in every stage and state between those two points.

Embrace fully the concept of universal human rights, not selective rights that exclude the smallest and most vulnerable members of the human family: Unborn children, even those who are unwanted. Reach out to your adversaries who think abortion is a human right. Reach across the divide with a spirit of reconciliation to rebuild American unity that tolerates opposing views. Build bridges around the walls.

Work to unite fellow Americans as fellow Americans first—people who can disagree but not be disagreeable. Strive toward a national ethos that sees the natural dignity in each other. Reach across bitter divisions with a hand of friendship meant to bring people together for the sake of America. Promote a unity of people who are more devoted to the American flag and what it stands for than personal agendas.

Understand that abortion advocates are white-hot with anger and your overtures may be rebuffed or met with bitter vitriol. Do not respond in kind. Invite civil dialogue and peaceful conversations that do not end in shouting or threats. Be patient with them to understand that every life matters, that human rights begin when human life begins, and that we have a moral responsibility to each other. To paraphrase 17th-century poet and divine John Donne, no one is an island entire unto themselves, every person is a piece of the continent, a part of the main.

Help those who espouse abortion as a way to solve problems to change their minds and embrace the beautiful ideal that America is a place where people are interdependent more than independent. Help them understand that inclusive words like we, us, and together are better than me, my, mine; perhaps they will come to see that community and family are more important than self and self-interest. Words matter. An authentic community is diametrically opposed to autonomy. I have been repeating this across North America, like a broken record, for more than 20 years.

I believe with all my heart that it is within the greater connection of community that people can rise to their fullest potential. I believe that human purpose loses its meaning outside the context of a commitment to those around us and the common good.

In recent days, since Roe v Wade’s collapse, I have been attacked online for celebrating its demise. Someone on Twitter sent me a tweet saying:

“…When babies you forced to come into this world are actually living humans, you will turn your back on them and call them socialist freeloaders. Your (sic) a twisted sick religious creep. You would have made a great abortion!”

Yes, I’m sure others think I would have made a great abortion. In 1952 when my mother was carrying me, if there would have been a way to identify that her son would develop aggressive multiple sclerosis, that he would be forced onto disability pension at the age of 38 and be a burden on the state (what the Nazis called a useless eater) I suspect some doctor would have suggested my mother abort me.

Babies are not forced to be born, Mr. Tweet. it’s the most natural thing in the world. They don’t become living humans, they already are humans, beginning 9 months before their birth.  Have you ever noticed, Mr. T, that pregnant women who want their babies know the child is a living human? It’s only when the child is unwanted that they cease to be a living human. Then they become “potential life” or a “clump of cells” or a “fetus”—anything to strip them of their humanity. It makes them easier to kill. That’s why the Nazis dehumanized Jews. Depending on the seriousness of pending food shortages we are being warned about, due in part to the Russia/Ukraine war, will the existence of people like me be considered burdensome to the state (what the Nazis called ballastexistenzen?)

Now, as far as turning my back on children once they are born, that plays into the abortion advocacy myth that pro-lifers only care about a child before it’s born but don’t care once it is born. That’s not true. There are crisis pregnancy centers dotted across North America that prove it’s not true. They offer women life-affirming choices for themselves and their babies.  Crisis pregnancy centers that I’ve known (including the one I helped start) do not give out misinformation as the abortion lobby asserts. They provide real alternatives for women (and their partners) to choose from, other than abortion. If abortion is about choices, then there must be choices.

Someone else told me that abortion helps decrease crime. She sent me a tweet saying, “You going to come up with great crime reform then? Over 50% in the decline of crime is now attributed to legalized abortion.” It is a strange crime reform strategy that kills potential criminals before they commit crimes because they will be born into poverty. Public policy must never presumptively kill possible criminals—it changes their environment. That’s Crime Reform 101.

Killing children prior to their births is no way of solving potential crime rates at some point in the future. The answer comes through supportively encouraging women in crisis pregnancies to complete their education or further their education, or gain work experience. It helps provide childcare, job counselling and life skills—the very things many crisis pregnancy centers (being torched) already do!

If even a fraction of government funding presently going to support abortion was sent to CPCs to provide life-affirming options to women in crisis pregnancies … now that would be progressive crime reform policy. That levels the ground to make real positive choices!

Someone else sent me an article written by a doctor involved in the IVF/ART industry claiming life does not begin at fertilization. I asked Dr. Dianne Irving[1] to respond. Here is part of her reply:

“Well, he's 100% wrong -- but given that he works in the infertility business (IVF/ART), no surprise that he tries.  If he admitted the accurate scientific facts then he would no longer be able to justify all the abortions and destructive experimental research that he engages in.  Please note too that he is an MD, not a Ph.D. scientist (different course work, different degrees).  M.D.s are NOT SCIENTISTS.”

“The accurate objective scientific facts as to when human beings begin to exist is fully documented by the Carnegie Stages of Human Embryonic Development, known and acknowledged internationally since 1941 by an international committee of Ph.D. human embryologist scientists from around the world (FIAMC), and verified every year since up to the present. …”

The most outrageous claims are being made to try to support abortion. My body, my choice is only describing a deadbeat mom. Besides, there are two bodies involved: the mother’s body and her developing child’s body. It will be her child’s body that will be torn apart by abortion.

Let the slogans, and angry pro-abortion rhetoric, demonstrations and chants in the streets pass. Speak with love. We need not put things in blunt terms when trying to win abortion-minded people.

Granted, there are those pro-abortion ideologues who will never change, but we must leave a door of friendship and welcome open to them. I’m not saying you have to become pals, just allow them an opportunity to save face now that Roe is dead. Remember, many bought into a lie long ago and it may be deeply embedded into their thinking. Still, those of us who have worked against abortion for decades should reach out in a spirit of friendship and cordiality, for the sake of a better tomorrow in the wake of Roe v Wade.

[1] Dr. Irving's professional activities include teaching positions at Georgetown University, Catholic University of America, and The Dominican House of Studies. She represented the Catholic Medical Association of the United States, and the International Federation of Catholic Medical Associations, at the Scientific Conference in Mexico City, Mexico, October 28, 1999 and presented a paper on "The Dignity and Status of the Human Embryo". Dr. Irving is a former career-appointed bench research biochemist/biologist (NIH, NCI, Bethesda, MD), an M.A. and Ph.D. philosopher (Georgetown University, Washington, D.C.), and Professor of the History of Philosophy, and of Medical Ethics.