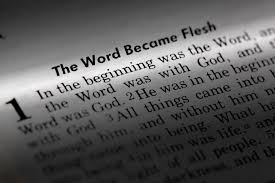 Oprah Winfrey once said “The thing you fear most has no power. Your fear of it is what has the power. Facing the truth really will set you free.” I’m not sure in what context she said speaking, but she alluded to words that Jesus said, “If you abide in My word, you are my disciples indeed. And you shall know the truth and the truth shall make you free.” (John 8:31-32, NKJV) As a Black child born in the 1950s into poverty in Mississippi, I can understand how she may have felt powerless, but her quote above taps into Christ’s words and is out of context of what He meant.

Christ said the words about truth setting us free to the Pharisees who held the religious temporal power. He did not. His power was of a different kind. He held the keys over life and death, and we can read the proof of that two chapters later in the 11thchapter of John when Jesus raises Lazarus from the dead.[1] Imagine that! Lazarus’ body had already been in the grave 4 days. The stench of putrification had begun. When Jesus called “Lazarus! Come forth!”, Lazarus’ heart began pumping again, congealed blood was restored, and his decaying body was restored and came to life.

Ask yourself if that really happened? Did Jesus physically raise a dead man back to life? If you believe it didn’t happen, then Jesus Christ was not the Christ, the Son of God. If it did not actually happen, then He had no power over death and He did not rise from the dead either and nor will you or I. If it did not happen then I am amongst 100s of million of pitiable Christians throughout the centuries who believed a lie.[2] We have staked our lives on a myth in the Bible. If, however, Jesus raised and restored Lazarus from a dead rotting carcass—which I believe with all my heart—we are confronted with the essential question: Who is this Jesus? He certainly can’t be dismissed as a good moral teacher. C.S. Lewis said this about that:

“I am trying here to prevent anyone saying the really foolish thing that people often say about Him: I’m ready to accept Jesus as a great moral teacher, but I don’t accept his claim to be God. That is the one thing we must not say. A man who was merely a man and said the sort of things Jesus said would not be a great moral teacher. He would either be a lunatic — on the level with the man who says he is a poached egg — or else he would be the Devil of Hell. You must make your choice. Either this man was, and is, the Son of God, or else a madman or something worse. You can shut him up for a fool, you can spit at him and kill him as a demon or you can fall at his feet and call him Lord and God, but let us not come with any patronizing nonsense about his being a great human teacher. He has not left that open to us. He did not intend to.”[3]

The truth Christ was talking about was/is Himself when He said the truth will set you free. Elsewhere, Jesus said, “I am the truth and the life, no man comes to the Father except through me.”[4] The word He meant was/is Himself. We read in the 1stChapter of John that in the beginning, Christ was the word that was with God and was God.[5]

From a layman’s perspective, it seems to me “the word” is something like a divine thought that animates everything seen and unseen, known and unknown; the word is alive and active in people’s lives, a divine idea that penetrates to the essence of every person, dividing soul and spirit with the sharpness of a two-edged sword. The Word judges every person’s thoughts and actions.[6] Perhaps it has something to do with human conscience; [7] but that is only a reflection of the word, the divine idea. An eternal thought.[8]

This eternal Thought is love[9] and a desire for relationships between the most special creatures of creation (man), and the eternal thought which is God.[10] Humanity is special and set apart in creation because God, that divine thought, that unfathomable Being, Perfect love, imbued humanity with the image and likeness of the divine thought which is God who animates the cosmos.[11]

From the perspective of my puny unlettered mind, which is governed by space and time, it is impossible to imagine something that exists outside those realms because space and time are all I know. The only thing I know that seems not to exist within space and time is thought, but that is not quite true. It takes a tittle of time, a millisecond, for thought to be generated, and yet I can imagine a thought existing after death when time and space are removed.

The Incarnation was a reversal. That which was timeless and immaterial entered time and space. The spiritual became physical. The Creator entered creation for His love of the apex of His creation: humanity.[12] The Creator loves and desires to be loved by His image-bearers. Isn’t that the nature of true love? To love and be loved. The Word desires to be known, the divine Thought desires to be thought of constantly and loved in an intimate communion of love.[13] The problem is that the creature is unable to love the Word and divine Thought because the creature became corrupted, distorted, and separated from the Creator.[14]

God is perfect. Originally, paradisal man in Eden was perfect but became imperfect through disobedience and sin, thus introducing Original sin into the world—what the John the Baptist called “the sin of the world.”

Jesus (the Word) said, “Be perfect as your Father in heaven is perfect.”[15] But how can a grossly imperfect man like me be perfect like his Creator? I’m so distorted and corrupted by sin, I cannot find my own way to God. We are all corrupted by sin. Man had a wounded spirit that is inclined toward evil and unholiness.[16] We are in a hopeless situation because we are incapable of perfection (holiness) by our own means. Consequently, since sin was first introduced into the world, a relationship between God and man became impossible without blood sacrifice. Something, or as it turns out, someone must restore the possibility of relationships between Creator and creature: God and man. That someone was Jesus Christ:[17] Truly God, truly man. The Incarnation. I am unable to love God the Father, but I can love God the Son[18] through the indwelling of the Holy Spirit.[19]

Unfortunately, it seems that suffering plays a significant role in bringing Christians closer to it.[20] The most imperfect, of whom I am the worst, must pass through a refining fire to burn away the dross. But even that proves insufficient. Christ is our perfection through faith.[21] For much of my adult life I have suffered from paralysis, and yet I have been freed even when a threatening storm of quadriplegia rumbled on the horizon, but my spirit soared I met the truth—who is Christ—and I had the indwelling of the Holy Spirit. I still do. — MDP