WHEN UNTRUTH AND VIOLENCE ARE CONFRONTED BY TRUTH AND PEACE 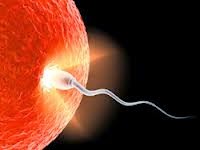 It never ceases to amaze me that in the 21st Century there are still people who pose the ridiculous question: “When do you think life begins?” Quite frankly, it does not matter when you or I think life begins: Biology established long ago – before abortion on demand became legal in Canada – that human life begins at conception. People who pretend otherwise must rely upon sophistry and public ignorance about the nature and reality of prenatal life to make abortion seem acceptable. 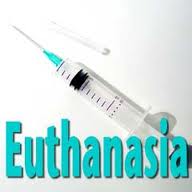 I find it equally perplexing that euthanasia advocates say people are dying in excruciating pain and therefore euthanasia should be available.  If people are still dying in great pain in 2014 they do not need euthanasia, they need a better doctor and better palliative care.  Modern pain medications and techniques make it possible to alleviate or eliminate all physical pain.  When I have mentioned this to euthanasia advocates, they often say that some people do not want to drag out the dying process for themselves or loved ones.

In my years of pro-Life work I have come to realize that the issue is not pain control rather simply control. With assisted suicide, the individual’s desire to control the time of his own death trumps society’s abhorrence with suicide or assisting it. The excruciating pain argument is a selling point that depends upon public ignorance and fear. 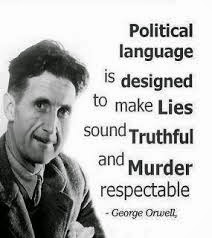 Both abortion and euthanasia advocates have a façade of compassion disguising radical ideology that flies in the face of history and law and depends upon untruth in order to win public opinion and maintain the violence they promote. Skilled wordsmiths can couch brutality as kindness, corruption as enlightenment, lies as truth and death as an affirmation of life.  In a world where “appearances” and pretence can shape public opinion and even government policy, it is critically important that Christians develop the skill of discernment and effective witness.

In his remarkable book The Yes of Jesus Christ Pope Benedict XVI spoke about the entrenchment of false ideas:

“Opinion, untruth gains domination. The entire life of a society, political as well as personal decisions, can in this way rest on a dictatorship of untruth: of how things are presented and reported instead of reality itself. An entire society can thus fall from the truth into shared deceit, into a slavery of untruth, of not-being.”

This is precisely what happened with abortion in North America, resulting in the deaths of millions of unborn children for the sake of sexual freedom of their parents. It is what is beginning with the acceptance of euthanasia and assisted suicide and will further coarsen society’s collective conscience.

It is critical that Christians witness for Christ to the new post-Christian society in which we now live. Stand steadfast for truth as truth ― even in an era that prefers comfort rather than truth. As Pope Benedict so aptly stated in a different place in The Yes of Jesus Christ, “The believer should be a countervailing force against the powers that suppress the truth, against this wall of prejudice that blocks our view of God.”

Perhaps that is what lies at the root of abortion and euthanasia.  Not only do they kill the weakest and deaden the consciences of people and societies ... but they are based on suppression of the truth that all human life is sacred, and that blocks the view of God. After everything has been said and done, that is the point.

This generation may not want to know of God and his laws, of Life and death, or evil and sin and other unpleasant realities.  C.S. Lewis said that the natural life “knows that if the spiritual life gets hold of it, all its self-centredness and self-will are going to be killed and it is ready to fight tooth and nail to avoid that.” 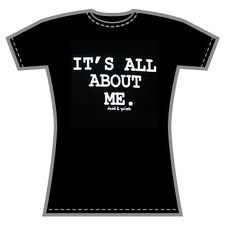 The t-shirt motto “It’s all about me” captures the spirit of our time. Autonomy trumps community. People want their desires satisfied without any corresponding responsibility. They want to journey through life without pitfalls, challenges, pain or consideration for others.  But people need to grow up and realize life is not just about satisfying their own wants.  A mark of maturity is stepping beyond one’s own desires to see the needs of others.

Christians are called to take the Gospel to each generation, whether it is popular or not. People who do not know of Christ or His love live in darkness.  The violence of abortion and euthanasia they may espouse outwardly merely indicates inner violence.

The truth and perfect peace of Jesus Christ is desperately needed. Your prayerful and gracious witness, given in love, may be the first overture to draw people into relationships ― with Christ and others. Community. Christ can shed light into the darkest of hearts and give joy where none previously existed. -- Mark

[Click on image below or http://www.youtube.com/watch?v=XmTdwBNFaZo for John Waller, Perfect Peace.]