The following was previously published in the Western Catholic Reporter, for the Edmonton Archdiocese.

On March 20, 2004, Pope John Paul II delivered an address to an international congress on "Life-sustaining treatments and vegetative state: Scientific advances and Ethical Dilemmas." The pope dealt directly with the issue of doctors withholding medical treatments and nutrition and hydration (food and water) from comatose patients.
I was happy to see the pontiff address the derogatory nature of the term "vegetative," and "vegetable," and how some people use these words to cast doubts on the value and personal dignity of people in comatose states.
Not a vegetable

The pope rejected this thinking saying, "In opposition to such trends of thought, I feel the duty to reaffirm strongly that the intrinsic value and personal dignity of every human being do not change, no matter what the concrete circumstances of his or her own life. A man, even if seriously ill and disabled in the exercise of his highest functions, is and always will be a man, and he will never become a "vegetable" or an "animal."
I was grateful for these words. In a society increasingly hostile to people with serious disabilities, we need to know that our value and humanity is affirmed and embraced. It took on increased significance from the pope who, through his own mounting physical challenges, stood in solidarity with the world's disabled and suffering people.
It was as though John Paul was using his afflictions to challenge western society's superficial preoccupation with youth, beauty and health.

Eleven months later, after throat surgery, the dying pope made a surprise appearance at the window of Gemelli Polyclinic hospital in Rome to convey a prepared message.
"Looking at Christ and following him with patient trust, we succeed in understanding that every human form of pain contains in itself a divine promise of salvation and joy, ...."
Frail in body but strong in spirit, John Paul II continued: "I would like that this message of comfort and hope reaches everyone, especially those going through difficult moments, and who suffer in body and spirit."
Basic necessities for life

Even the profoundly disabled still deserve food, water, cleanliness and warmth. This is basic minimal care necessary for all life. In his 2004 address to the International Congress on Life-sustaining Treatments and Vegetative State, a year before his death, John Paul II did not mince words. He stated that the administration of food and water, whether taken orally or by artificial means, is a "natural means of preserving life, not a medical act." By saying this, I believe he was countering the view that food and water can be considered medical treatment. 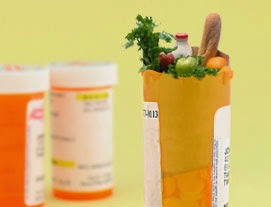 That's not as outlandish as it may seem. I was a member of the Ethics Committee of a major Edmonton hospital for over 10 years; I actually heard nutrition and hydration referred to as a form of medical treatment. (Imagine trying to pay for a Big Mac with your Alberta Health Care or Blue Cross card.)
There are occasions at the end of life, or final stages of disease, that the human body can no longer process or even tolerate nutrition and hydration. That's a different scenario where continuation of them would be a burden to the patient and increases their suffering.
Motive and intent
In terms of withdrawal of medical treatments, there are legitimate contexts for withdrawal of medical procedures – when continuation is considered over zealous – and not able to alter the outcome of impending death. The use of painkillers like barbiturates can be used to alleviate the suffering of a dying patient even though it may shorten their days, as long as hastening inevitable death is not the intent of the action.

We know intuitively that it's a sin to wish or cause the death of another human being, especially those who are weak, vulnerable and can not defend themselves. The late Pope John Paul II was merely confirming what we know in our heart of hearts to be true. God's law is written on our hearts. (See Jeremiah 31:33, Romans 2:14-15, 2 Corinthians 3:3, Hebrews 8:10, 10:16.). Every human life has inherent value and innate dignity.
That is why there is not social peace with other critical life issues such as abortion - contrary to what a former prime minister said. After decades of abortion on demand, it continues to fester in the nation's conscience and tatter the social fabric of Canada.
No matter how abortion is presented or marketed to the public,

there's still something deeply offensive about it at the most primal human level. The same will be true with euthanasia if we adopt public policy allowing it.
The difference is that with euthanasia the intended target for extermination is visible, they have a history that people remember. The doctor who does the killing may surely operate behind closed doors with the utmost discretion and with efficient, sanitized, compassionate aloofness.
But the victim's body must still be buried or incinerated along with human conscience and decency. A new round of public angst will fester and rot Canada's soul.