HE IS HERE EVEN IN OUR PAIN

If you are a police officer, a fire fighter, a book-keeper or a janitor, remember that God desires that we be peaceful, safe, and orderly. Give your vocation your best as though you are doing your job for God, not just a salary. Offer your work to God’s service.

Simple house-work or making supper for your family can be offered up to God.

When my grandchildren were small we would often go to a playground. Invariably I encountered a frazzled parent of an energetic pre-schooler. I would try to strike up a conversation to encourage them. Sometimes they wanted to “vent” and so I used the occasion to practice my listening skills.
Even in disability there are many opportunities for service.  They come in the oddest forms and at the oddest times. Even from the limitations of my electric wheelchair, opportunities for service seem to pop up out of the blue. I know in my heart they are not random ― God sends me the opportunities to serve Him by serving people. 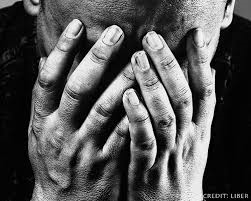 Many years ago, I was asked to visit a young man who had a terrible version of the disease I suffer from: multiple sclerosis. His name was Derek. Back then, there were no effective drugs to stop or slow the progress of MS. Derek’s career as an engineer was destroyed just as it was beginning.  His wife left him. I found Derek wheelchair-bound in a dingy apartment.  He wanted to die.

Derek allowed me to enter his anguished reality because

Our common disease gave me entrance into his world. My wheelchair and pain spoke to his pain.  I was able to tell him with authority: “Derek, we are not alone in this fire. There is Another with us: “Jesus Christ is here. I feel his presence.”

Derek looked at me through blood-shot eyes, tears

streaming down his cheeks, and he said, “He is? I don’t feel him.” Of course he didn’t. His shock was too new, his pain and sorrow were too fresh. He felt deserted by God, but that did not mean his perception was accurate. It’s impossible to see clearly when vision is blurred by tears.

Derek was a terrified and frantic man. His wild desperation made him incapable of receiving comfort from the Comforter. Derek reminded me of a hungry infant so ravenous and upset it will not accept the bottle of milk at its lips.  Derek could not yet be helped because he was too frantic for assistance. Derek was like a drowning man wildly flailing, clutching, kicking and grabbing ― he could not be rescued ― at least not in that state.

Derek would not accept God without divine physical deliverance from multiple sclerosis.  He wanted nothing other than his old life back. He only wanted God on Derek’s terms, not God’s terms.  Do you see what Derek’s problem was? 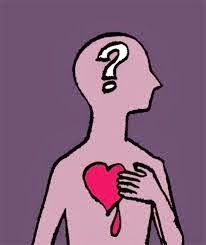 The spiritual stakes of Derek’s grief were horribly high. With time he would either surrender his predicament to will of God’s wisdom or he would rebel and become bitter and angry.  It was only after Derek’s panic and shock subsided from acquiring a catastrophic disease and losing his wife and career, that he would have the opportunity to ask (not demand) “Why?”

It would mark a critical transition point for Derek and every other anguished soul. Only in surrender do we become pliable in the hands of God. He is the potter, we are the clay.  Only in surrender to the will of God can we discover the reason for which we were created.

Rebellion spawns disdain for the reason we were

created. At the core of the human soul rests a desire to love perfectly and to be loved perfectly. But that is only possible through knowing Christ. Only in Christ are we able to receive perfect love and begin to love perfectly. This is the reason we were created.

Was Derek ever delivered from his multiple sclerosis? I don’t know, I did not see him again. Miracles happen. But by the very nature of miracles, they are rare. That is why they are miracles.

Jesus cured one paralytic at the pool of Bethesda. The Gospel account leaves us to conclude many others were left uncured. More often than not people need adversity or pain in order to discover their abject need for God.

C.S. Lewis said, “God whispers in our pleasures, speaks in our conscience, but shouts in our pain: it is His megaphone to rouse a deaf world.”  Many of us need to remain uncured of physical affliction in order to be roused to God’s call for spiritual healing. -- Mark

[For bookings for me to speak about a Christian perspective on suffering, write to HumanLifeMatters@shaw.ca]

Posted by Mark Davis Pickup at 9:08 AM